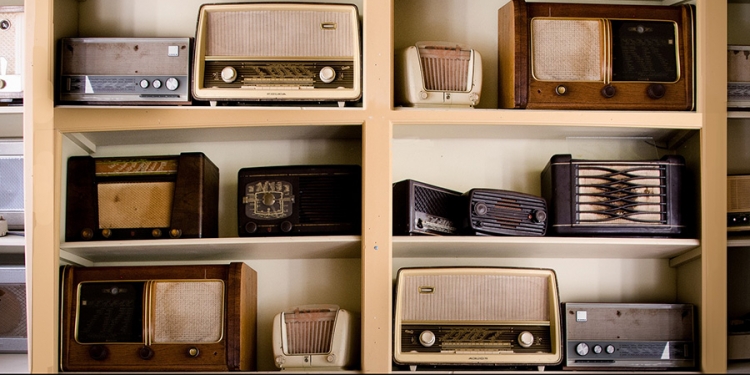 Photo: pixabay.com
Radio noise is something that crops up often in the field of paranormal research, most often referred to as white noise. It is beneficial to understand exactly what produces radio noise, its practical applications and how it can affect an investigation.
If you're listening to the radio at home or in the car, the last thing you want to hear is radio noise. These unwanted noises, and the hiss you hear in between radio stations, is the result of random electrical signals always present in a radio receiver in addition to the desired radio signal.
Radio noise is made up of a combination of three main sources:
Radio Frequency Interference (RFI)
Manmade radio frequency interference from other from electrical switches, motors, vehicle ignition system, computers and other electrical devices picked up by the receiver's antenna. These noises are often referred to as "static".
Thermal Noise
Thermal noise present in the receiver input circuits caused by the random thermal motion of molecules, and thirdly, natural electromagnetic atmospheric noise.
Atmospheric Noise
Atmospheric noise, or "spherics" as it is referred to as when relating to radio broadcast and reception, is created by electrical processes in the atmosphere. Primarily this is lightning discharges in thunderstorms. On a worldwide scale, 3.5 million lightning flashes occur daily (about 40 lightning flashes per second). The sum of all these lightning flashes results in atmospheric noise.
Radio noise is most commonly encountered during paranormal investigations when using a Spirit Box. These devices work by rapidly scanning through the AM, MW and FM radio spectrum. As it does, fleeting bursts of white noise can be heard. Spirit boxes usually have various settings which allow you to tweak which bands the device scans through and how much of each frequency step you hear, this usually ranges from a hundredth of a second up to a second.
The belief is that spirits can use the snatches of radio broadcasts as well as the noise between the frequencies to communicate with the device's user. A spirit is said to be able to do this by reorganising sounds in the noise into coherent words for us to hear.
Like a lot of paranormal research, there is no scientific understanding of how an entity can cause a change to this noise, but the belief stems from countless paranormal investigations where the researcher has obtained what they believed to be valid and relevant audible responses to their questions through the device.
When using this sort of device, it is very important to ensure that any words you hear are a direct and meaningful response to your questions. These are called "intelligent responses". This is because, unless you are in a cave or well shielded building, you will almost certainly hear fragments of speech and music from radio stations.
Some investigators actively use radio noise by playing it during their investigations. They use white noise to try to capture examples of Electronic Voice Phenomenon (EVP). EVPs are disembodied voices, believed to be those of spirits, which are captured using anything from an old cassette deck, reel-to-reel machine, pocket digital audio recorder, a laptop, or a mobile phone.
White noise is a specific type of noise which has equal intensity at different frequencies, giving it a constant power spectral density. It is referred to as "white" noises because the random electrical interference that creates it is spread across the whole audio spectrum of frequencies. In the same way that white light is made up of colours of all frequencies, white noise is made up of sounds of all frequencies. These random bursts of varying frequencies have an overall intensity which is constant.
Based on the theory that spirits can re-organise radio noise to form words, some investigators use a white noise source to give spirits a base of raw sound to use to form words. This is done by playing back a pre-recorded sample a white noise, by recording near a source of static noise like a television or radio, or by using a white noise signal generator to artificially produce random and constant white noise.
The drawback to using this technique is that the white noise contaminates the recording, making it hard to analyse the audio. However, some EVP experts use audio editing software like Adobe Audition and Audacity, or bespoke audio filtering software to remove the white noise, leaving only the more sustained sound in the recording which could include spirit voices.
White Noise is used to help with sleep, improve concentration, aid relaxation, and to calm infants. In healthcare it is used to treat hyperacusis - an increased sensitivity to normal environmental sounds, or to camouflage the annoyance caused by tinnitus, a ringing in the ear occurring without any stimulus. White noise is also used to mask background noises that might occur naturally in an environment. For example, if you live in a city, white noise could help block out noises associated with traffic.
Although all the frequencies that make up white noise are produced in equal intensity, it sounds bright and high-pitched. This hiss-like noise is due to the nature of our hearing, which doesn't sense all frequencies equally. To balance this out, there are two further common variants of white noise, pink noise and brown (or brownian) noise. These too could be useful during an investigation. In these two cases the distribution of the frequencies used to make up the sound have been skewed or weighted. Pink noise is given a boost in the lower frequency range to compensate for the hiss-like property of white noise. Brown noise puts even more emphasis on the lower frequencies.