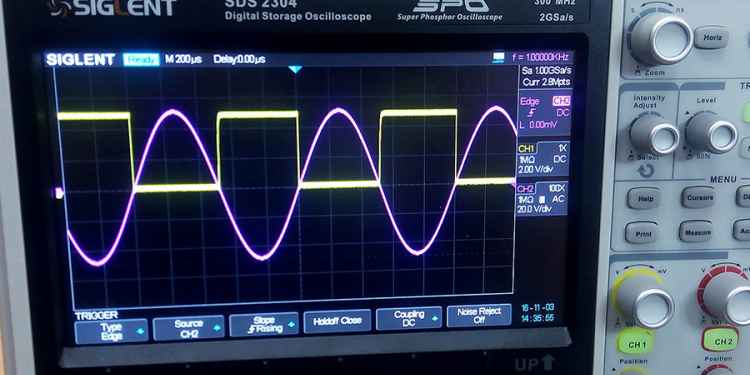 Photo: © Wild Pancake
In a recent episode of 'The Entering The Unknown Show', EVP expert Eamonn Vann-Harris talked about a link between the elusive concept of scalar waves and the voices of spirits that communicate via electronic devices.
Eamonn was a guest on the weekly paranormal discussion show, which streams live every Tuesday night. The forerunner in scalar wave research told the show's hosts, Gemma Leigh Drury and Dave Harazny, "apart from Tesla, I'm the first one who really talks about it within paranormal."
Eamonn is perhaps best known for his appearance in the long-running ghost hunting show, 'Most Haunted' in which he served as the show's resident EVP expert in three series, he also appeared alongside paranormal investigators Jack Osborne and Jason Hawes in the 2018 series 'Celebrity Haunted Mansion' and is a member of the UK Haunted team.
Aside from his television work, Eamonn is an inventor like no other. He told Gemma and Dave about his machines which he believes gives spirits the ability to communicate with him. This is a form of Instrumental Transcommunication (ITC) - an umbrella term which refers to all forms of spirit communication using any kind of electrical instrument.
The best known method of ITC is Electronic Voice Phenomenon or EVP, something that Eamonn knows all about. Speaking on 'The Entering The Unknown Show', Eamonn told viewers about his first experiences with disembodied voices heard through electronic devices. He said, "I had some really strange experiences as a kid. I had this phobia of loudspeakers because I had nightmares that voices came through them. These voices, I couldn't quite hear what they were saying, they were just like noises or whispers."
It was a few years later when Eamonn was out walking when he decided to try to record the sound of a babbling stream with his phone. He said, "when I played it back there were these whispers, a bit like when I was a kid and I heard it in these dreams."
Eamonn was unable to work out what the voices were saying, but was spurred on by his chance capture and in part the work of famed EVP research, Friedrich Jürgenson, whose book 'Transmissions With The Deceased' he'd read. He continued trying to captured EVPs using the same process, working in secret at first so people wouldn't judge him for talking to "voices of the dead".
Despite trying for months, Eamonn failed to record anything meaningful that he could understand, but eventually heard the voice of his grandfather through his radio late one night. Interestingly, his radio went dead and the voice came through, a process similar to the method of EVP communication practiced by ITC pioneer Marcello Bacci.
Bacci gave public performances of his spirit communication technology to an audience in Italy. During the demonstration he would tune an unmodified radio to a part of the spectrum which was void of broadcasts. After ten to twenty minutes, the white noise from the speakers would die down and the voices of the spirits would clearly come through.
This early experience eventually lead Eamonn to a more scientific approach to ITC. Eamonn confessed that as a kid rather than playing with toys, he pulled electronics apart to see how they worked. Today he puts his engineering skills to a more productive use... inventing "superluminal communications" machines, which can be used to make contact with the spirit world. 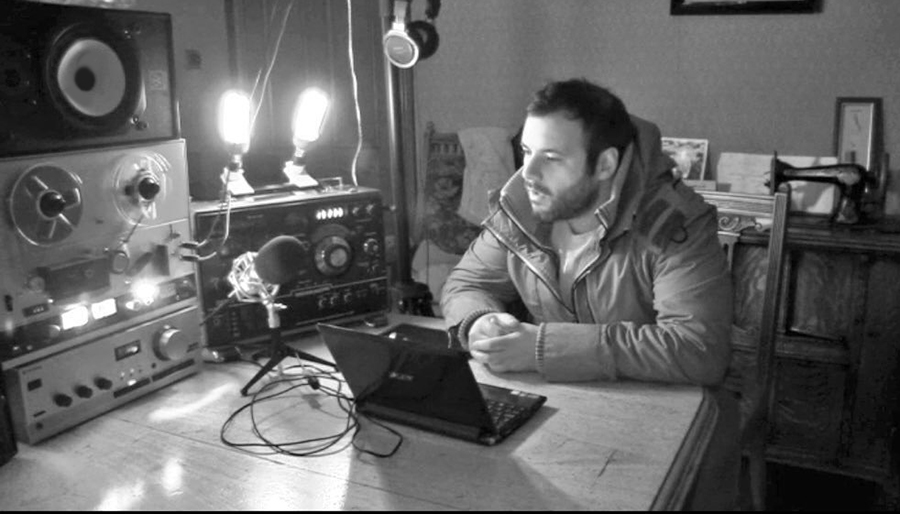 Most recently he's been working and experimenting with a machine called Pegasus, but before that his Infinity machine was regularly seen on 'Most Haunted' in the 2015 and 2016 series.
It was a seemingly ever-evolving contraption that used an artificially generated carrier wave, white noise generator, and an odd-looking electromagnetic coil-like antenna to pick up scalar waves. The set-up processes all of this audio, even in frequencies outside of the human hearing range. The carrier and scalar waves are then filtered out and the frequency is changed and amplified to make it audible to us.
What's left after this filtering process is played out of the machine's speakers, enabling real time communication with any spirits that might be present.
Interestingly, at one point Eamonn was given the opportunity to try out his invention in a Faraday cage - an electromagnetically shielded room that eliminates the possibility of any external interference.
Since these spirit voices were some how being transmitted to the machine through an electromagnetic shield, Eamonn knew he was dealing with a type of energy unlike any other currently used. His research lead him to scalar wave theory. Eamonn told Gemma and Dave, "scalar is able to transmit through anything, it can go through the core of the Earth."
This is something that inventor and electrical engineer, Nikola Tesla, also researched. Tesla theorised that scalar waves are superluminal - that is they can travel faster than the speed of light - and can penetrate solid objects without any loss of power.
Eamonn says that he is one of just a few people who has succeeded in building a scalar wave generator. He told 'The Entering The Unknown Show', "trust me, it's almost impossible to invent. I've struggled."
Eamonn believes that these waves, which he says are found naturally in static electricity, could be capable of transmitting messages straight into the human brain. This is because although scalar waves pass through most matter, but seem to be able to interact with selenium - an element which naturally occurs in the human body, including in the brain.
You can watch back Eamonn's full interview here, and if that's not enough, he'll be joining Gemma and Dave again on 'The Entering The Unknown Show' for a one-and-half-hour special at 8pm Tuesday, September 1.
'The Entering The Unknown Show' streams live every Tuesday evening between 8-9pm on the Enter The Unknown Facebook page and features chats with well-known guests from all walks of the paranormal field, from paranormal investigators to authors researching of alien encounters. In recent months they've been joined by the likes of Ciaran O'Keeffe and Phil and Sara Whyman.
Join Gemma and Dave this Tuesday when they'll be chatting with clairvoyant and past life regression expert, Jackie Dennison, best known for her Canadian show 'Rescue Mediums'. The following week, Gemma and Dave will be joined by Marc Dewerth who will be telling them all about his on-going investigations into the existence of Bigfoot.
Gemma and Dave are proficient hosts, with a rational yet open-minded approach to the paranormal. Their one-hour weekly shows reflect their genuine interest in the paranormal and their want to share knowledge and stories with their audience, and with so many fascinating guests already booked up  for the rest of the year, they're well worth a watch.
If you're still left wanting more, you can listen to some of the EVPs Eamonn has captured below...
Tags:
paranormalsciencetopicalevp