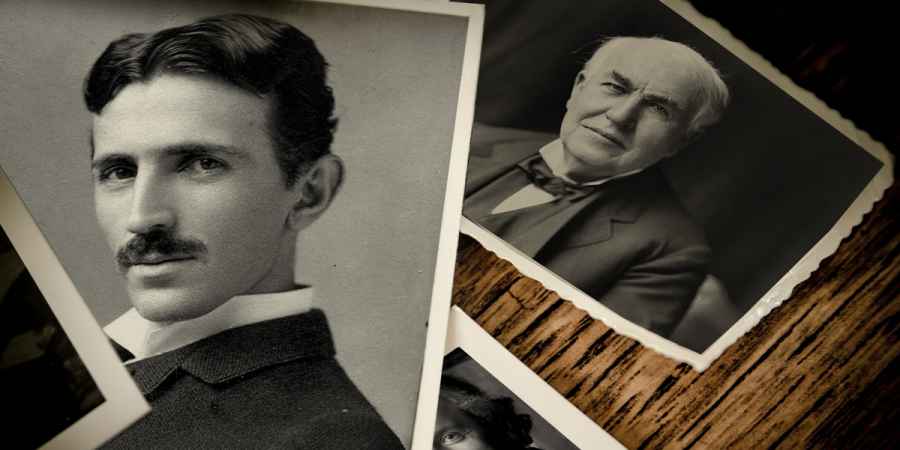 It's quite common to see paranormal teams on social media posting scientific sounding memes that are attributed to well known names from the world of science.
These profound-sounding quotes often back the idea of the existence of ghosts, apparently giving paranormal phenomenon the seal of approval of some of the greatest minds that have ever lived.
But with such a gulf between the supernatural and science, is it really possible that people scientists like Albert Einstein believed that the spirits of the dead can return from beyond the grave?
Well, that's what these commonly shared social media posts would have you believe. Below are the three scientists who are misquoted on this topic the most online. 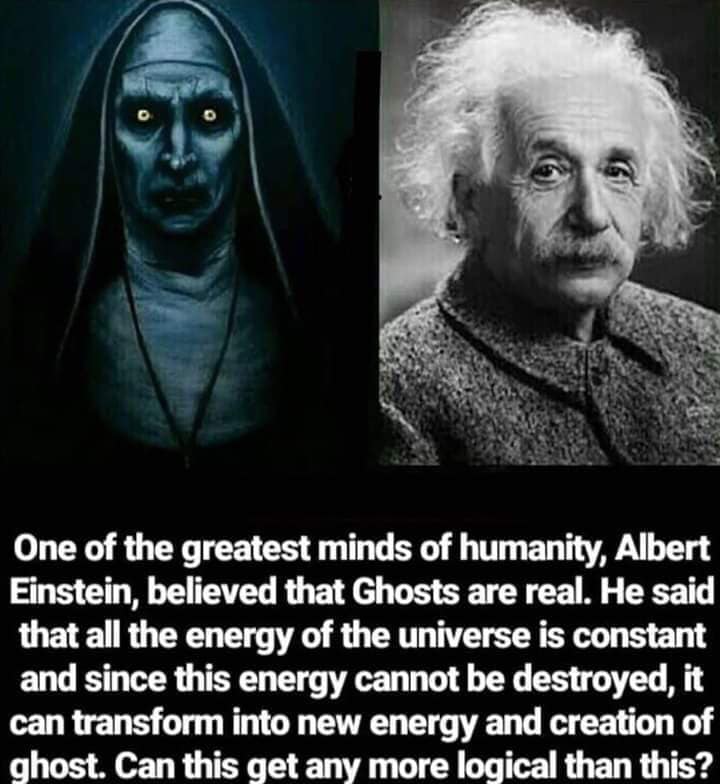 One meme that's regularly shared with a quote purporting to be from he German-born theoretical physicist states "one of the greatest minds of humanity, Albert Einstein, believed that ghosts are real. He said that all the energy in the universe is constant and since this energy cannot be destroyed, it can transform into new energy and creation of ghost."

The grammar in this meme should be your first clue that this isn't an accurate quote. Some the quote it true. Einstein did state that "energy cannot be created or destroyed, it can only be changed from one form to another."

Where this becomes relevant to paranormal investigators is that some believe that because energy can't be destroyed the energy in our bodied must live on outside the body after death.

However, our bodied do exactly what Einstein said, they change the energy from one form to another. When we die these reactions cease and no new energy is produced. The rest of our energy is lost in the form of heat and transferred into the bacteria that causes our bodies to breakdown and decay. 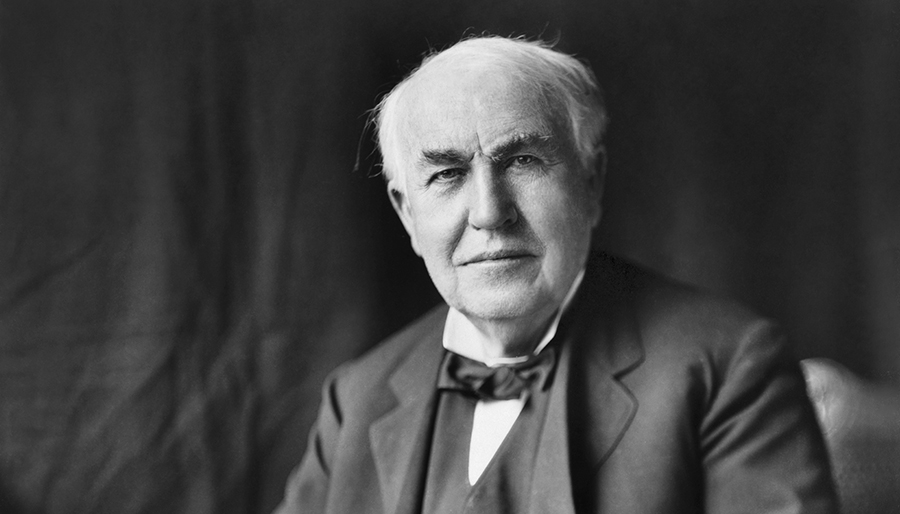 You might have come across claims online that the famous American inventor Thomas Edison was working on the Telephone To The Dead, a device that would allow him to communicate with the dead. Some go as far as to say that this device was based on Edison's "firm belief" that our consciousness can live on outside the body after death.

The posts claim that these quotes are taken from a 1920s interview in the magazine, Scientific American, but the interview has been taken out of context.

The interview did indeed mention the inventor's thoughts on the possibility of building a machine that could communicate with human personalities that live on after death. However, the actual quotes in the interview differ from those commonly shared online.

Although Edison clearly had an interest in using technology to communicate with spirits, much of the interview suggests that he doubted other methods of spirit communication - he gave unreliable examples as table tipping, rapping, Ouija boards, and mediumship.

Edison went on to say, "in truth, it is the crudeness of the present methods that makes me doubt the authenticity of purported communications with deceased persons. Why should personalities in another existence or sphere waste their time working a little triangular piece of wood over a board with certain lettering on it? Why should such personalities play pranks with a table? The whole business seems so childish to me that I frankly cannot give it my serious consideration. I believe that if we are to make any real progress in psychic investigation, we must do it with scientific apparatus and in a scientific manner, just as we do in medicine, electricity, chemistry, and other fields."

It seems that what Edison was proposing to do was give investigators a more scientific approach to paranormal research than the other more "crude methods" employed at the time. He said, "what I purpose to do is to furnish psychic investigators with an apparatus which will give a scientific aspect to their work." 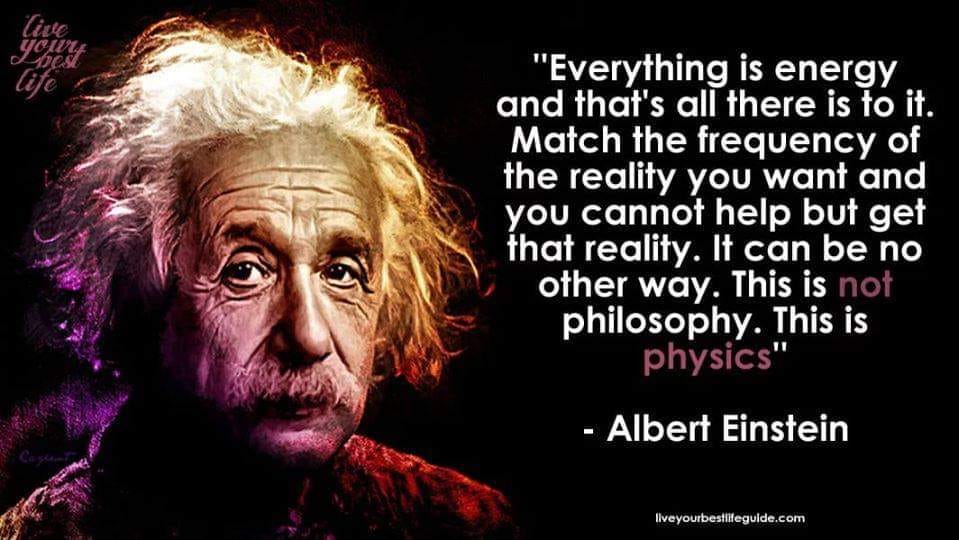 Another commonly shared quote that is claimed to be from Einstein reads "everything is energy and that's all there is to it. Match the frequency of the reality you want and you cannot help but get that reality. It can be no other way. This is not philosophy. This is physics."

Again, this isn't a valid quote from the famous physicist. The clue should be the spiritual use of the term "frequency" rather than the use of the word as a genuine scientific principle - a mistake Einstein wouldn't have made.

It's perfectly acceptable to talk about frequency in connection to energy, but to talk about matching a frequency as a human doesn't make sense. No one is able to alter the frequency of the atoms that make up the cells in their body either consciously or through technology.

This quote was never written or spoken even in part by Einstein, it actually originates from a New Age author named Darryl Anka, a spiritual channeller who claims to be able to speak to a multi-dimensional being called Bashar. 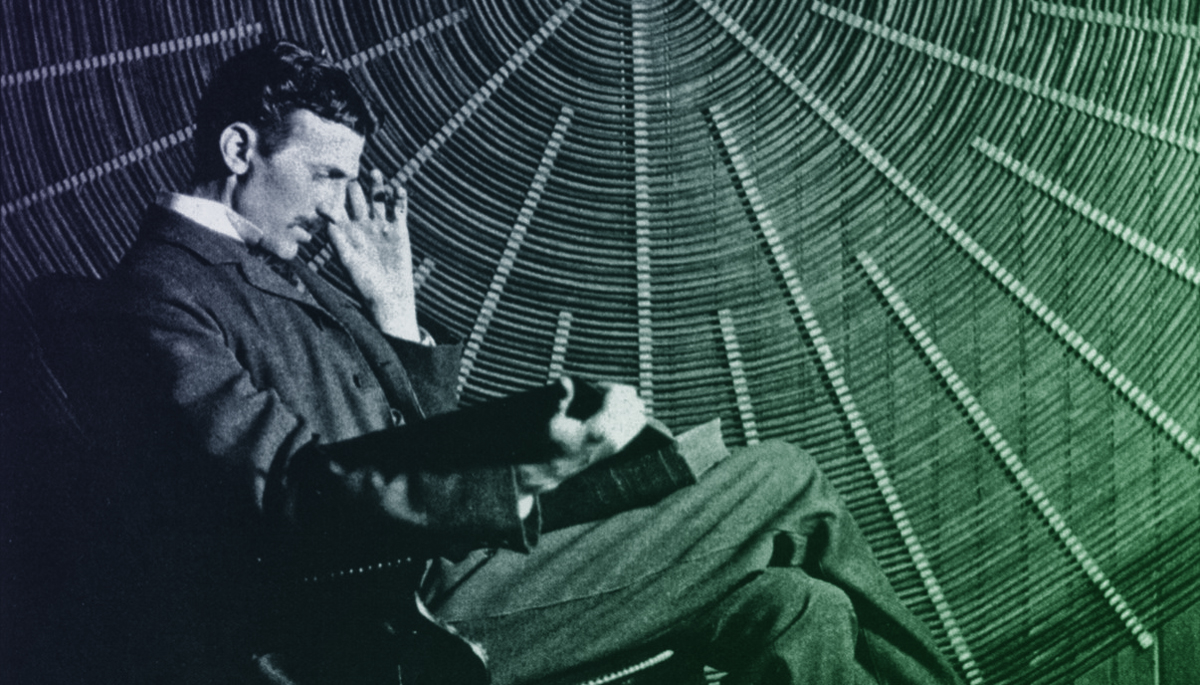 Despite the words being very widespread on social media having been shared by accounts linked to the paranormal, no respectable science websites or publishers mention the quote. Why not? Because there is no source for this quote and not having a source means Tesla probably didn't say it.

The other reason that the quote was probably never spoken by Tesla is because scientifically speaking, it's a little bit flawed. The problem is once something can be studied it's no longer non-physical. Once something is studied it is measured and quantified and therefore deemed to be physical.

If Tesla did say this, he's more likely to have been talking about intangible things like consciousness, pain, motivation, creativity or intelligence - all of which have been studied under the umbrella of psychology in recent decades, studies that go on to this day.