Why Do So Many People Think They Can See Auras? 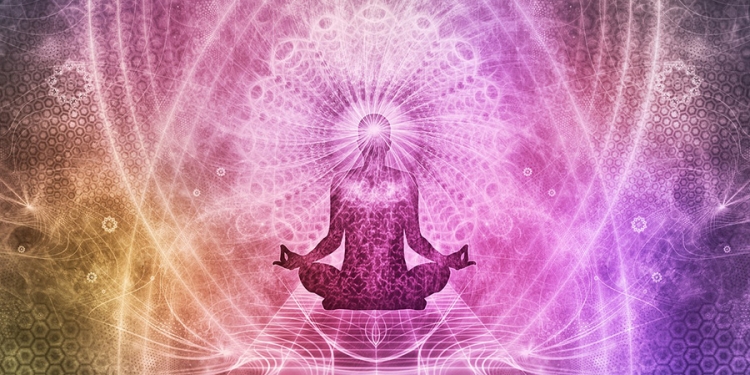 Photo: pixabay.com
There's absolutely no evidence at all to support claims that auras exist, yet countless people claim to be able to see them around people. Surely all these people can't be liars, so what are they seeing?
If these people really are seeing auras around people they meet, then why can't everyone? Is it a special gift they're born with, a trick they've learnt or are they imagining it?
If you can't see these mysterious fields of energy, then you might be wondering what auras actually are. Those who can see auras often claim that the gift is a paranormal or psychic ability, that some higher part of their brain has been unlocked that the rest of us don't have access to. This ability allows them to see an oval-shaped halo, known as an "auric egg", around people they encounter, and sometimes even photos. It usually extends from about 3cm to a metre from the body in all directions, including below the feet into the ground.
The colour of this light is said to tell the viewer about this person, usually it gives insights into the person character or personality, state of mind or a emotional state. The viewer may also see flickering at different rates and different luminescence, these factors can also tell the viewer about that person.
Some who have studied this field believe that auras are the result of a type of energy produced by all living things that produces electro-photonic vibrations. The Oxford Dictionary defines auras as "a supposed emanation surrounding the body of a living creature and regarded as an essential part of the individual."

How To See Auras

Some will tell you that the ability to see auras is a gift that you are born with, other will tell you that is'a a New Age skill that can be learnt. If you want to find out if you have this in built ability or want to train your auric sight, then here are a few tips.
Auric fields are thought to be all about energy, so it's important to first understand how the energy of our bodies feels. First, get in touch with your own energy by ensuring you are in a comfortable and relaxed state. You can do this by closing your eyes for a few minutes and concentrate on breathing slowly and steadily. Be aware of the silence, your surroundings and your body.
The next step is to start priming yourself to begin seeing auras by trying to understand what characteristics, emotions and mannerisms might present themselves in auric form. To do this, when you're in someone's company, try to get a feel for their energy, how you feel towards them and how you think they feel towards you. It may also help to sync yourself with them by matching their breathing and mirroring their behaviour or movements.
You're now read to attempt to see an aura. You can try a photo to start with, it is possible to see auras in photographs as well as in person, or a better option is to practice on a friend, ideally one who doesn't mind you staring at them for a while. You should either use a clear photo of someone stood in front of a white coloured wall, or ask your friend to adopt that same position.
Whether is a photo or a real person, return to your relaxed stay, breath deep and gaze at their face, don't concentrate too hard or strain, simply relax your gaze and stare through them, as if looking at the wall behind them. The colours might at first appear in your peripheral vision, the vision in the corner of our eyes is more sensitive the photosensitive cells are less damaged than in the central part of our retina. So, try looking to the side of your test subject.
Auras usually form around the whole body, but tend to be most visible around the head and chest. If you are successful in spotting a field, then you'll need to start practicing on a few more people. Over time you will notice that the field varies by person. Of course, most obviously the colour varies, but so does the field itself. Sometimes the edges can simply fade out, other's will have jagged or wavy edges to their field. The texture and patterns of the light in the field may also vary. Flashes of light, which are described as "flares" or "clouds" are often visible outside of the field too.

How To Interpret An Aura

One thing most who believe in auras do seem to agree upon is that the colours, flashes and types of fields experienced represent different things to different people. Discovering what the colours and shapes mean is a learning journey that only you can do alone. It's common for auras to be multi-coloured with areas of differing tones or shades.
It's believed that a vibrant colour represents spiritual awareness and wellbeing, while dull or muted colours mean a lack of self-knowledge or even an illness. You'll find that the colours within someone's aura can vary depending on the part of the body it radiates from. For examples, colours which emanate from the chest are said to relate to the heart, perhaps in connection to the affairs of the heart or as a more literal reflection of their health and wellbeing.
Making sense of what you see will enable you to tell a lot about someone's character and lifestyle. It could also tell you if someone is being honest with you or not about their feelings, and even let you diagnose diseases. If you master seeing your own aura, then it can be used as a powerful tool to improve personal growth and development.
All though the colours will be different for all observers, here a simplified run down of what the colours are said to mean to some with this gift. Seeing red usually relates to the heart, circulation and the physical body. Orange relates to reproductive organs and emotions. Yellow relates to life energy. Green relates to lungs. Blue is related to the throat and thyroid. Violet relates to crown and nervous system. Silver is the colour of spiritual and physical abundance, gold indicates enlightenment and divine protection. An individual with a gold aura is being guided by his or her highest good. Black is said to draw energy to it and transforms it, and white represents purity.

Is It Really Magic?

While some with the ability believe it to be paranormal, studies have found that auras are most likely the result of a neuropsychological condition called synesthesia. It's basically a cross-wiring of the senses that is found in 1 in 2,000 people, or even more among those who are on the autistic spectrum. It is more common in women and is almost certainly a genetic trait, given that it is passed from through generations.
There's a lot of pseudoscience that surrounds auras, but as they're most likely a result of synesthesia, it's not a technique that can be learned. Synesthesia is a recognised condition that you either have or you don't.
The condition manifests itself in many different ways as a mix of the five senses. The stimulation of one sense produces a response in one or more of the other senses. Those with the condition are able to feel, taste, smell or see sounds, or associate colours, shapes, smells or sounds with specific words or objects. Other ways the condition shows itself is by causing sufferers to associate certain colours with foods, or feel like they can touch music or sounds.
In the case of auras, it's the part of the brain the is responsible for making judgements and observations about people and their personality which is cross wired with the visual cortex. Those who are effected by this type of synesthesia will subconsciously associate colours with a person based on their observations, familiarity or mood. This is considered to be one of over one hundred forms of synesthesia.
If someone with this type of synesthesia walks into a room and sees someone say with the arms crossed, they might instinctively register this as being hostile or defensive, this might manifest itself in a specific colour, like red. Whereas someone greeting them with open arms might trigger a tone of green.
A study conducted by University College London (UCL) found that one woman who had the condition was about to see colours like purple and blue in response to people she knew or their names when read to her. Words triggered a colour which spread across her whole field of vision, whilst people themselves appeared to have coloured auras around them.
Another example involves a seven-year-old boy who was able to associated colours with people depending on his familiarity to them. He saw strangers in bright orange, but this changed to a shade of blue and eventually pink as he got to know the stranger.
Auras around human bodies are said to be a type of electromagnetic field, which covers the whole spectrum from from microwave, through to infrared and UV light. You may think that most of this spectrum is invisible to humans, and you'd be right, but there are creatures in the animal kingdom who do make use of electromagnetic fields for communication and locating food. The Earth's magnetic field is used by various birds, sea creatures and butterflies to aid navigation during migrations.
It's been known for decades the cells of plants and animals, including human beings, produces an ultra-weak electromagnetic field. These "bio-photons" are emitted in the visible and ultraviolet spectrum, but are too weak to be seen with the naked eye but insect and animals can detect this energy using cells called chryptochromes and humans have those receptors too.
I'll leave it up to you to decide. Is the perception of auras a psychic ability, a symptom of synesthesia, or a form of magneto-reception?
Tags:
paranormal