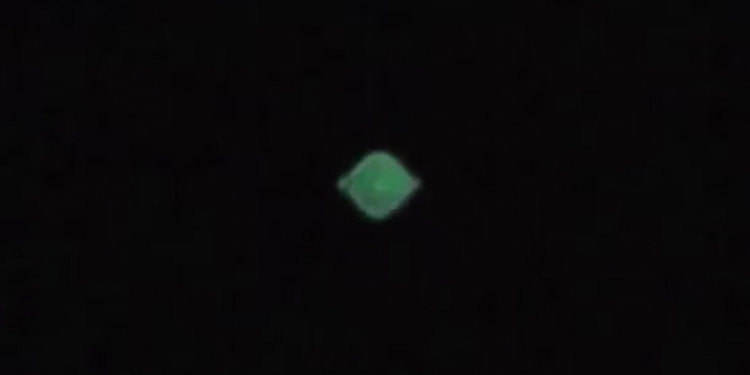 Photo: youtube.com
Last month Gloucester resident, Rob Wheatman caught what he believed to be a strange aerial phenomenon on camera above his house in Elmbridge.
Rob told GloucesterLive that he "saw it as a sparkling star from the garden in Elmbridge, due south, what alerted me was an orange light that came from it and traveled at speed north east." He grabbed his camera which he says has "a 40x zoom" allowing him to zoom in on the odd light.
The video was capture in March, it appears to show a bright light in the sky which changes shape and colour and Rob told the local press that he can't explain what the cause of the bizarre light show was.
Despite Rob boasting about his 40x zoom, the video is poorly shot and the light suffer from a classic problem when filming a "UFO", the light is out of focus which results in the diamond shape, as Rob zooms in and out the focus tries to adjust resulting in the "shape shifting" effect.
It's pretty likely that what Rob was actually filming was Sirius, the brightest star in the northern sky, the distance made it hard for camera to workout what it should be focussing on due to the distance and that star's position in an otherwise empty sky.
As for the apparent current change, this is probably nothing more than the same phenomenon which makes stars twinkle, because we are viewing them through thick layers of moving air in the Earth's atmosphere.
Add A Comment
Tags:
unexplainedufostopical

Your intuitive abilities are sharp right now and you will have ideas that will help you strengthen your investments or pay of troublesome debts. Stay focused on the positive because you can accomplish a lot if you move past the... Read More