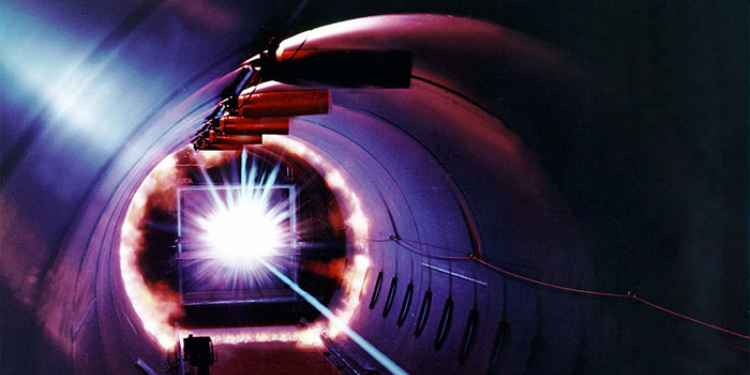 It was widely reported last week that scientists had discovered what's described as "spooky" behaviour happening on a larger scale than previously observed. It wasn't just the use of the word spooky in the papers that caught out attention but how this discovery could be linked to paranormal phenomenon.
In the world of quantum physics there is plenty of weird stuff going on, from entanglement through to quantum tunnelling - all of which has been considered by paranormal researchers looking for answers. Could quantum entanglement give rise to a shared consciousness outside the restraints of the human body? Could quantum tunnelling allow ghosts to move through solid objects?
This latest piece of research is concerned with tiny quantum fluctuations, which have for the first time been seen to move an object at the human scale, that being a 40KG mirror. Anyone with an interest in the paranormal might be shouting "poltergeist" right now, but could this quantum phenomenon discovered by researchers offer a mechanism for mischievous spirits to throw objects around haunted houses?
The research has been carried out by a team at MIT LIGO Laboratory, that's the Laser Interferometer Gravitational-Wave Observatory in Massachusetts, but ghosts and the paranormal was the last thing on the mind's of the team whose aim was to measure movements that are the result of the way the universe is structured.
These quantum fluctuations are caused by particles constantly and unpredictably flicking in and out of existence. Although this behaviour has previously been predicted, until now the process has been too tiny to measure with objects big enough to be seen with the naked eye, but now scientists have detected the movements using new technology designed to measure these subtle fluctuations.
This is far from objects flying across the room due to an unseen force, but as the quantum physicists predicted the quantum movement pushed a large mirror a tiny but measurable amount.
The LIGO experiment was originally built to detect gravitational waves, which it did for the first time in 2015. The equipment detects gravitational waves by firing a laser along a pair of tunnels over two miles long where it reflects off of a mirror and back to its source. The laser should return to the exact point in each of the tunnels, unless a gravitational wave has affected one's trajectory along the way.
Now the LIGO experiment has been put to use in a different way. This time, instead of concentrating on the returning beam of laser light, they focused their attention on the mirror itself and used precise measuring equipment to detect even the smallest movement of the mirror.
Nergis Mavalvala, the associate head of the physics department at MIT said, "we too, every nanosecond of our existence, are being kicked around, buffeted by these quantum fluctuations. It's just that the jitter of our existence, our thermal energy, is too large for these quantum vacuum fluctuations to affect our motion measurably. With LIGO's mirrors, we've done all this work to isolate them from thermally driven motion and other forces, so that they are now still enough to be kicked around by quantum fluctuations and this spooky popcorn of the universe."
Although in the experiment the 40KG mirror was nudged by a quantum movement, the amount the mirror moved is tiny and the conditions under which the movement occurred are unique. This doesn't mean that we've discovered the reason why objects seemingly move around haunted houses of their own accord.
Who knows, the world of quantum physics is such a weird one that perhaps one day we will learn that actions occurring on a quantum level might be more responsible for things that go bump in the night than scientists are currently aware of.
Add A Comment
Tags:
paranormaltopicalscience