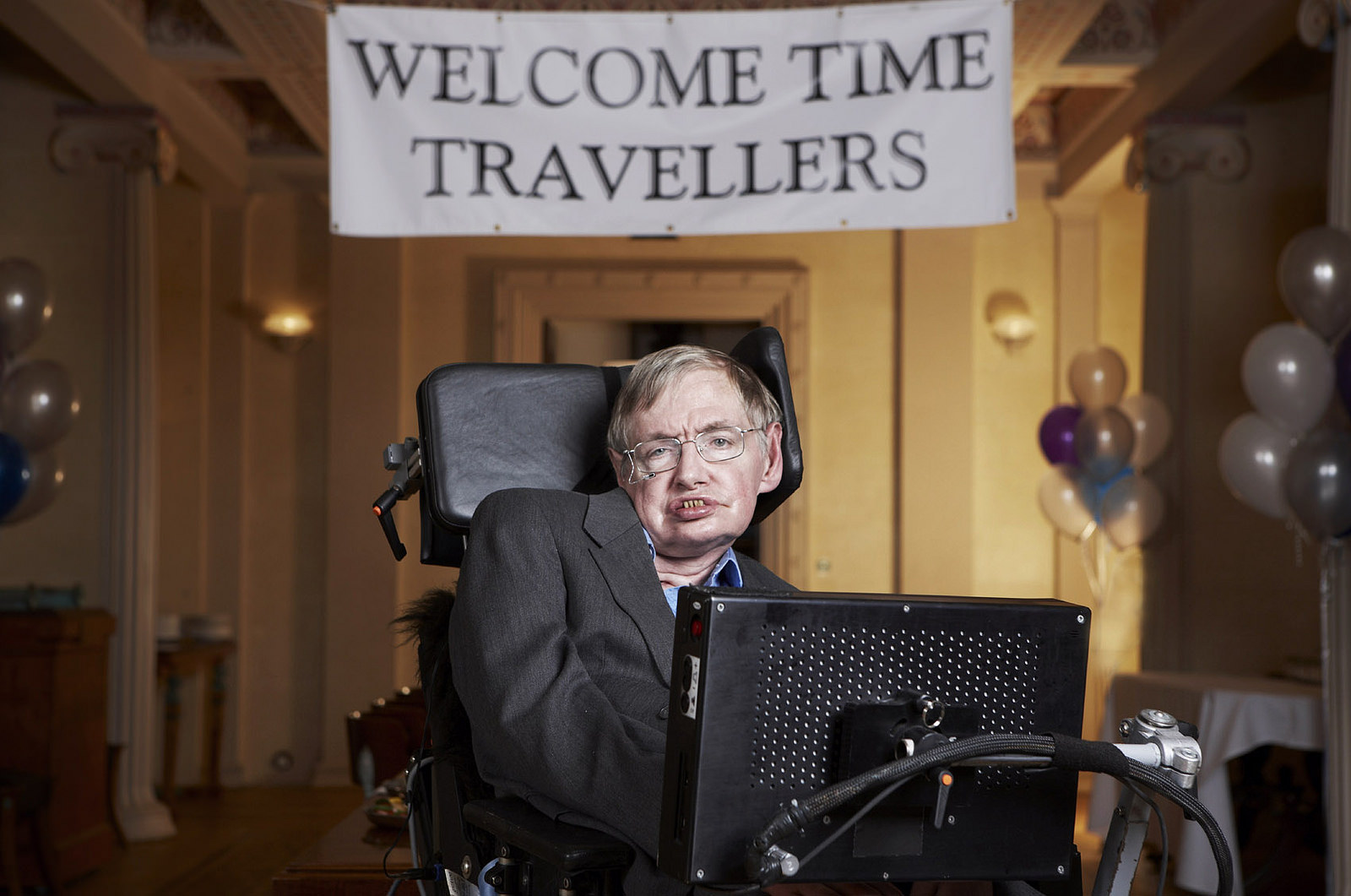 Photo: © Lwp Kommunikßci¾
As organisers start planning a public memorial service for Professor Stephen Hawking, one observant blogger has noticed that the invite extends to time travellers from the future.
The theoretical physicist, who died earlier this year, will be honoured with service which is due to be held on 15th June. Those wishing to attend have been asked to apply via a public ballot.
So far the applicants have come more than 50 countries and seem to be from the present day, but the application form intentionally allows applicants to end a date of birth far into the future, allowing time travellers to attend the event at Westminster Abbey.
The online ballot, which has been set up by the Prof Hawking's foundation, allows users to enter a date of birth as far into the future as December 2038. The foundation said, "we cannot exclude the possibility of time travel as it has not been disproven to our satisfaction."
It's not the first time time traveller have been invited to the past in relationship to Prof Hawking. On June 28th, 2009, Professor Hawking held a party for time travellers in Cambridge. The only catch was he sent the invites out afterwards.
The professor was apparently not surprised to find that no time travellers managed to make it back to his party. He stated that this was in fact "experimental evidence that time travel is not possible," this may be because of what he called "the Mad Scientist paradox."
"Any kind of time travel to the past through wormholes or any other method is probably impossible, otherwise paradoxes would occur."
Stephen Hawking
He once told the tale of a mad scientist who "is determined to create a paradox, even if it costs him his life." The scientist travels back in time, just one minute, "the scientist can see himself as he was one minute ago," but Professor Hawking questions what would happen if the scientist pulled out a gun and shot his earlier self.
Hawking explained, "he's now dead. So who fired the shot? It's a paradox. It just doesn't make sense. It's the sort of situation that gives cosmologists nightmares."
He said that time machines which allow someone to travel back in time "violate a fundamental rule that governs the entire universe," these time machines break causality, the principle that cause happens before effect and never the other way around.
Professor Hawking believed that "things can't make themselves impossible," by this he means the universe can't back itself into a corner. He said "I think something will always happen that prevents the paradox. Somehow there must be a reason why our scientist will never find himself in a situation where he could shoot himself."
Perhaps time will tell. The foundation's spokesman said, "all things are possible until proven otherwise. But so far we have had applications from all round the world, and we do mean round - there are no flat-Earthers here."
The best thing about all of this is that Professor Hawking, with his quirky sense of humour, would have loved it. So far 12,000 people from had applied for tickets through the ballot which closes on May 15th.
Add A Comment
Tags:
sciencetime traveltopical

What To Do When You Can't Go Ghost Hunting

A work-related trip or opportunity from another country could be just the thing to get your cash register ringing. You have a possible business partnership in the works that will... Read More