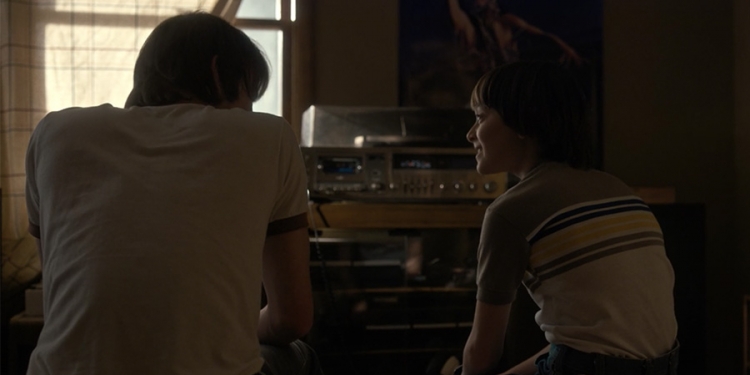 How much do you know about the classic 1970s and 80s pop and rock songs that feature in Stranger Things's most iconic scene and memorable moments?
Test your memory and musical knowledge with these 20 tricky questions about the soundtrack from the first three seasons of the hit supernatural Netflix series.

1. Dustin and Suzie perform 'Never Ending Story' together as a duet via their ham radios at the end of season three, but who originally performed it?

2. Which song are Mike and Eleven dancing to when they kiss at the Snow Ball Dance at the end of season two?

3. The theme tune from a classic 80s movie plays while the kids are dressed up for Halloween in season two, what is it?

4. Throughout season one while Will is missing, Jonathan plays 'Should I Stay Or Should I Go' several times, but who is it by?

5. Which Madonna song plays while Max gives Eleven a makeover at the Starcourt Mall?

6. In season two we see Mrs Wheeler relaxing in the bath while a Barbra Streisand song place, which one?

7. While Dustin and Steve tail someone they think is a Russian spy at the Starcourt Mall, they unwittingly stumble aerobics class, but what Wham! song is the class exercising to?

8. Which aptly-named song plays when Eleven runs away in search of Cali in season two?

10. Who composed the show's original score across all three seasons and the iconic theme tune?

11. In season two Joyce and Bob having a bit of a slow dance to 'Islands in the Stream', the track is a collaboration between Kenny Rogers and which female artist?

12. Which fitting song plays while the gang are out trick or treating in season two?

13. Which Peter Gabriel song plays twice in poignant moments in the show's first and third seasons, including the emotional scene where Eleven reads Hopper's letter?

14. Which of these songs does NOT play while Nancy and Steve make out in his bedroom in the first season?

15. When Joyce visit the home of school teacher, Mr Clarke, he's listening to Weird Al Yankovic, but what song is the track a parody of?

16. In season one Nancy and Jonathan go to an army surplus store to buy weapons while 'The Bargain Store' plays, but who is it by?

17. In season one Eleven explores Mike's house, she opens a music box and a lullaby by which composer plays?

18. Two songs by which US rock band play in Benny Hammond's diner in the show's first ever episode?

19. 'Love Is A Battlefield' plays as Steve drops Dustin at the Snow Ball Dance in season two, who is it by?

20. Which of these songs does NOT feature in the show?