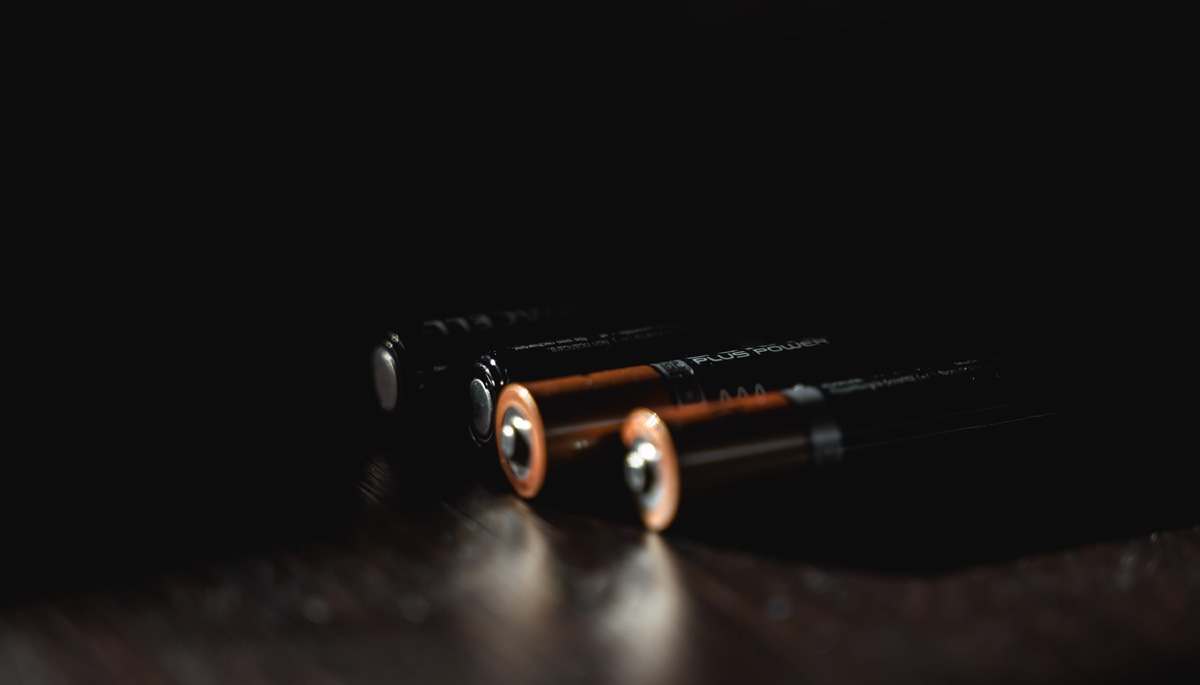 Photo: © Patrick
For seven months I've been carrying a battery around with me whenever I visit haunted location to test the commonly stated claim that ghosts can drain batteries.
Mysterious battery drains are a commonly reported happening at haunted locations. It results in fully-charged or brand-new batteries dying for seemingly no reason.
I'm not one to simply accept paranormal claims as fact, so I took a normal AA battery to 15 of the most haunted location in the UK in order to measure the effect the haunting might have on its power level.
The reason some paranormal investigators think that ghosts might be after the energy stored in our batteries is because they believe that when a consciousness leaves the body after death, it becomes a form of spirit energy. It's believed that spirits draw on any source of energy in order to replenish themselves.
The belief is that they use any source of energy they can absorb in order to build up their energy to manifest themselves or perform tasks like communicating with an investigator, or moving an object. 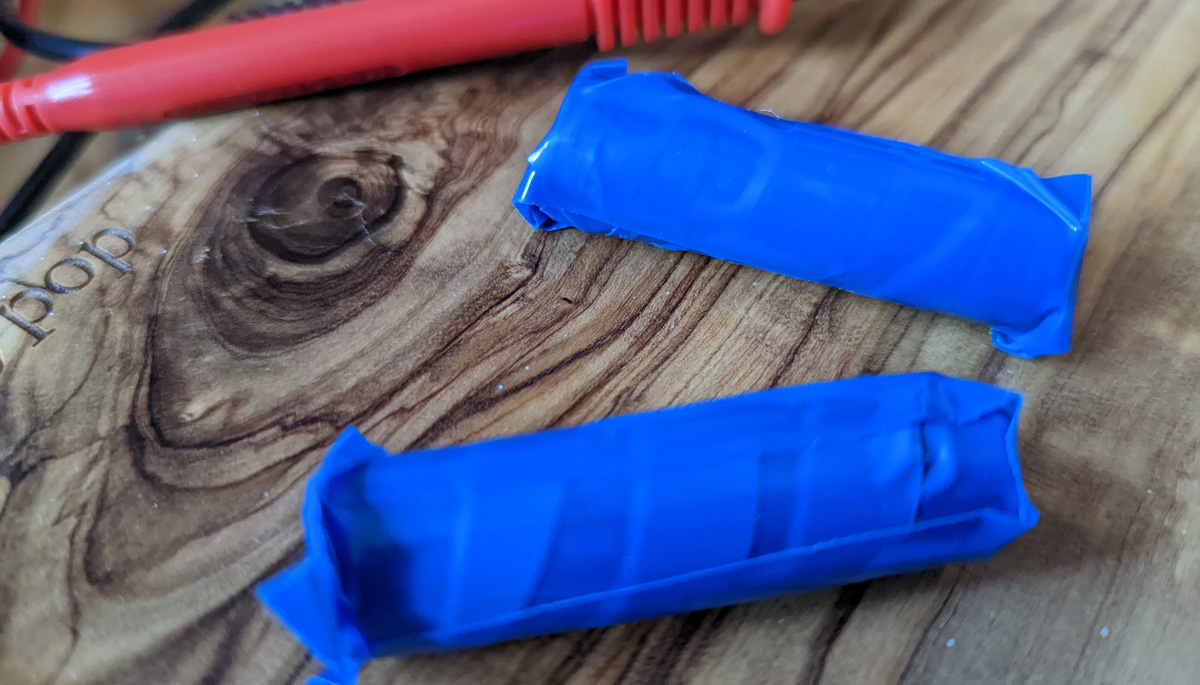 Ghost hunters who have experienced the phenomenon generally say that lithium-ion batteries are the type which are the most commonly affected, but nickel cadmium (Ni-Cd) batteries like the common AA or AAA are also said to be susceptible to draining.
For my experiment I took the same Ni-Cd 1.5 volt AA battery to 15 haunted locations and took measurements of its charge before and after using a multimeter to determine whether the charge was affected by the location. During my time at these locations the battery was left in a prominent haunted room. The battery spent over 200 hours inside of haunted buildings.

How I Made It A Fair Test 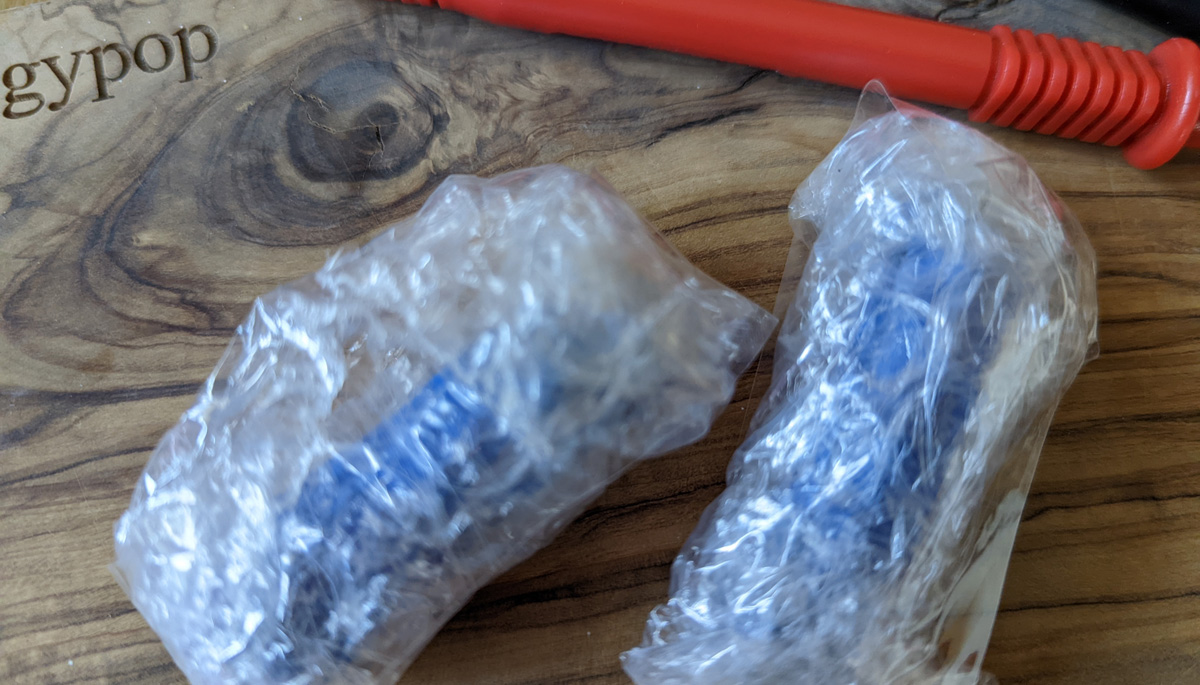 In order to conduct this experiment and make it a fair test I used the same brand new 1.5 volt AA battery at each of the 15 locations I visited. Before each visit I used a multimeter to record the voltage (charge) of the battery.
The lifespan of a battery can vary dramatically based on various factors, including the air temperature and how much power is being pulled from the battery. Since many of the buildings I took the battery to are partially derelict, they can be very cold. Low temperatures can instantly stop a battery from providing power, even if it was fully charged just moments before.
To protect against this, the battery was wrapped in insulation tape to reduce the chance of moisture affecting the battery. I then wrapped it in bubblewrap to act as insulation to limit the effects of sudden changes in temperature. The battery was then placed in a small air-tight plastic tub and taken with me to each of the locations.
I also had a control battery so that I could make sure any drain wasn't just due to poor quality batteries or natural over time. The control battery came from the same batch of batteries and was treated in the same way. It was wrapped, insulated and placed in an identical box. This battery was left in my non-haunted home during the experiment. I also took measurements of the control battery before and after each visit. 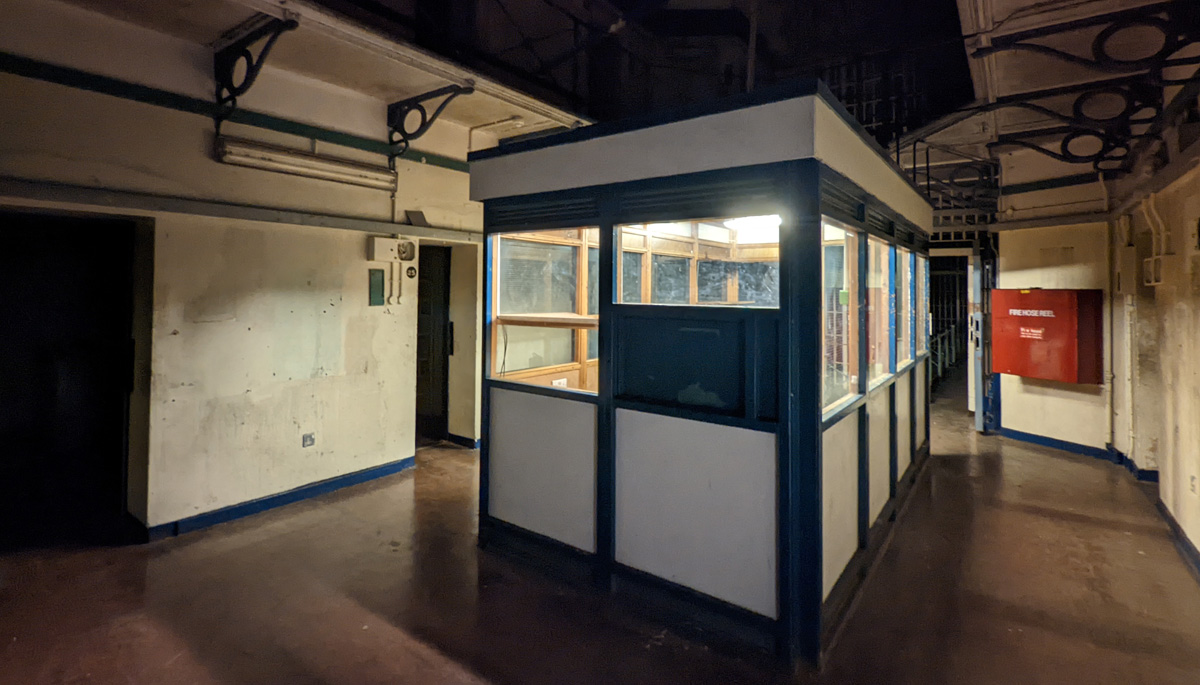 The locations I chose are said to be some of the most haunted in the United Kingdom, they are certainly some of the most famous and frequently alleged to be haunted. In total the battery spent 229 hours inside of these haunted locations. The locations were:
The former HMP Gloucester Prison, which opened in 1791 to house some of the country's most notorious criminals until it closed in 2013. The location has been investigated by countless paranormal teams. As well as HMP Shrewsbury Prison, which is also now closed and is said to be the most haunted due to its dark history of suicides resulting in sad, angry souls being trapped between this world and the next.
The Nunnery is nestled at the foot of the Malvern Hills in Worcestershire is an old convent, originally home to 250 nuns for over a century, the nunnery closed in 1989. With an impressive chapel, sprawling corridors and plenty of dark rooms to explore, it has proved to be an interesting location for a ghost hunt.
Woodchester Mansion, an unfinished, Gothic revival house near Nympsfield in Gloucestershire. The house is a popular destination for ghost hunts and has been featured on television shows, including 'Most Haunted'.
Bodmin Jail was once a grim place which was home to murder, starvation and execution, not to mention the thousands of convicts that passed through its doors. Now the disused jail is one of Cornwall's best tourist attractions which offers the public the chance to hunt ghosts.
York Castle Museum, a large and characterful attraction in the city centre where a ghostly girl in a Victorian dress is said to have appeared in spooky snaps.
HMP Shrewsbury Prison has witnessed many deaths over the years, including, murders, and inmates taking their own lives, so many suicides in fact that an enquiry was opened after three inmates hanged themselves over a period of just two weeks.
When 'Most Haunted' began in 2002, Michelham Priory was the first location they filmed at, surely this puts it high on the list of haunted properties in the UK. Battery drains are something the team reported here during their investigation.
Pluckley, a village in Kent which featured in a 1980s copy of 'Guinness World Records' book under the heading that it might be the most haunted village in England. During its five hours in the village, the battery spent time in the famously haunted Black Horse pub as well as being near other paranormal hotspots and deep in Dering Woods.
The Haunted Antiques Paranormal Research Centre (HAPRC), which opened in February 2018 on Regent Street Hinckley and houses an eclectic collection of interesting and old artefacts displayed across three main rooms.
Hack Green Nuclear Bunker is now a museum where guests and staff have reported paranormal activity, including seeing the apparition of a young woman in the bunker's former telecommunications area.
Dorchester Prison closed in 2014, but ever since the stories of its ghostly inmates have made it a popular location for paranormal investigation teams.
The Skirrid Inn in Llanvihangel Crucorney is said to have experienced plenty of ghostly and poltergeist activity. When a former landlady decided to sell the, glasses started mysteriously flying through the building, along with the evil spirit of the judge's hangman.
Chillingham Castle is often credited as holding the accolade of the most haunted castle in Great Britain, and best of all, you can stay there and experience it for yourself. I did exactly that, and took my battery experiment of course.
Bosworth Hall in Leicestershire was once the bedroom of a former resident, Ann Dixie. It's said that her ghost has been seen in the form of a grey lady who still roams the room as she searches for her lost lover. Elsewhere in the building, staff have heard doors rattling, objects mysteriously move and there's even said to be a perpetually wet bloodstain.
Bishton Hall was until recently a boarding school. It closed in 2018, leaving behind empty classrooms and eerie corridors haunted by the echoes of disembodied child voices. Other unexplained happenings to occur in the hall include the windows' shutters slamming on the upper floors, door knobs rattling and doors opening and closing themselves, sudden drops in temperatures, the haunting sound of a woman screaming, as well as reports of people being touched and pushed. 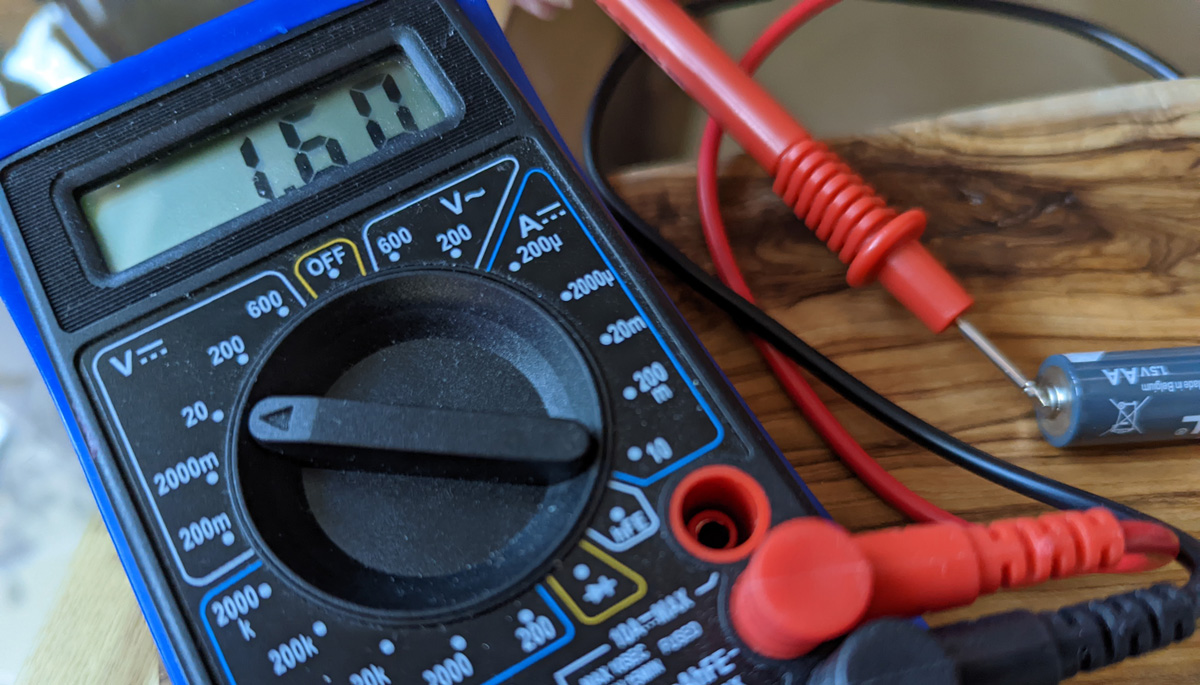 Placing the battery inside haunted locations had no affect on its level of charge.
After 229 hours inside haunted buildings, the battery's charge did not dip or drop in any measurable way at all. The battery's charge was recorded as 1.6V both before and after every visit to a haunted location. This exactly matched the identical measures taken of the control battery, which wasn't taken to any haunted locations.
Obviously this experiment is limited. It only took in 15 locations on 15 occasions, but it did fail to show any sign of battery drain. However, many more tests need to be carried out to confirm this.
The lack of evidence in these test points towards other possible explanations for battery drain during ghost hunts. These could include a device turning on in your bag, or being left in standby mode and drained the battery. It's even possible that the equipment has developed a fault that caused it to consume more power than it should. It's also possible that the battery is old, or has expired. Although rare, you might have even picked up a pack from the store with a duff battery in it.
Tags:
paranormalghosts