The Bloody History Of Oak Trees 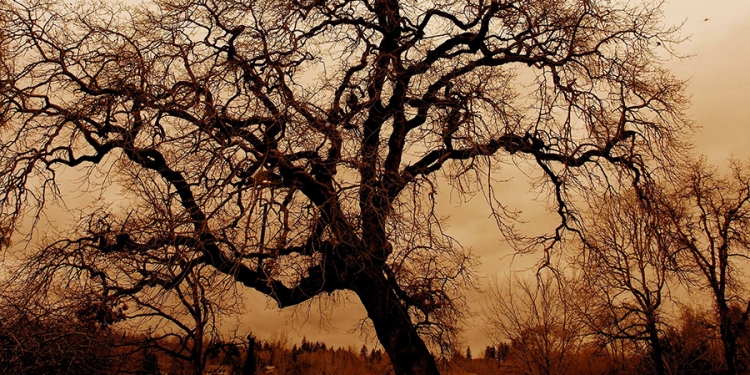 Photo: pixabay.com
If you worshipped a god or goddess other than the ones revered by the Romans and Greeks of the ancient world, you were considered a 'Pagan'. With their unorthodox rituals and beliefs, Druids, Celts, the Anglo-Saxons and the Vikings were all classified as being Pagan back at that time.
Around the time of the 1st Century AD, many trees were sacred and worshipped by Pagans. Yew trees, for instance, were often planted at burial sites to ensure the dead bodies remained in their graves. Pagans of the time believed that the roots from the Yew grew through the dead's skeletal eye sockets, keeping the remains in place and so preventing and ghoulish and zombie-like activity. Ash trees were also sacred for primarily producing magic wands, used to heal many ailments. Then there was the Oak. Known as 'The King of the Forest', the Irish Oak was the most cherished and worshipped of all Oak trees by the Druids. Indeed, the word 'druid' is thought to have derived from the Celtic word for 'oak' which is 'duir'. It's likely that the reason Oaks became so hallowed was their incredible lifespan and how the mighty trees often survived fires caused by lightning strikes along with their resilience to tempest and gale force winds.
With many Oaks living for more than 1,000 years, the Oak was worshipped widely, and its perceived qualities were almost endless. Oaks were thought to have medicinal properties for anything from haemorrhoids, skin conditions, frostbite, painful gums and an upset stomach. The sick needed only to rub the palm of their left hand on the trunk to and be cured or relieved of their illness. Remedies were produced by boiling the flesh of its bark into either a drink or thick topical solution for daubing the affected area. The Oak's magical properties encouraged the habit of acorn carrying for good luck, youthfulness and fertility. You'd also be spared from colds and maladies all winter long should you catch a falling Oak leaf on a windy day. Oaks epitomised the qualities of strength, bravery, protection and endurance invoking witches to carry out dance rituals under their canopies, making of spells for male fertility and creating spells to defy and banish dread and harm.
If mistletoe began to grow among an Oak's branches, as it was inclined to do, Druid priests considered that particular tree to have been chosen by their god for ritual use. These are also thought to include the sacrificial rituals of the Celts and Druids who practised across the water in the ancient Eastern European landmass of Gaul.
Animal sacrifices were thought to involve a banquet beneath the tree where Priests all dressed in white before cutting down some mistletoe with a sickle and slaughtering two white bulls. Also to please the gods, so-called 'Blot' (blood) sacrifices were carried out across the ancient calendar dependant on which day of the moon or year it was. Animal blood was collected in a bowl and sprinkled amongst the participants as magic spells and ritualistic songs were recited by blood-spattered Priests.
This brings us to the barbaric and infamous rituals of human sacrifice reported upon by some historians - and thought to have been commonplace in all human cultures of the Old World. Ritualistic decapitations and hangings of slaves and servants after a king's death are well documented by ancient historians and commentators. One such sacrifice by Pagan cultures acted out in the British Oak groves of around 50AD is said to be the 'Burning of the Wicker Man'. Although human sacrifice only appears in documents nowadays, the similarly sounding modern 'Wicca' religion is the one favoured by many Pagans. Whether there is a connection or not is unclear but almost 2,000 years ago, criminals and enemies were covered in sticks to look like 'wicker men' and burned alive … and if no bad guys could be found, they would simply ambush and set alight an innocent member of the closest village to please their god.
There are more than 3,200 Oak trees in modern day Britain alone with an incredible 115 of the 600 species being 1,000-years old or more. So next time you pass a pub called The Royal Oak, watch a squirrel scurry up an Oak's trunk or pick some acorns, give a thought to the dark past of these amazing trees and their blood spattered ancestors.
Tags:
occult