90s Cult Movie 'The Craft' To Be Rebooted 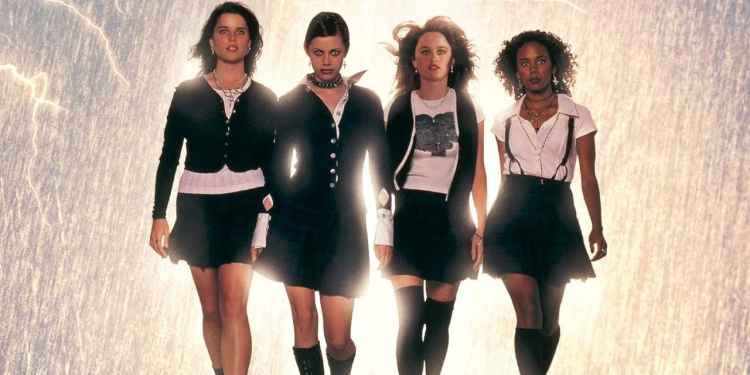 It's been confirmed that a reboot of the 1996 cult movie 'The Craft' is in the works, backing up whispers that have been floating around for the last couple of years.
The teen supernatural horror is probably the best known and most loved movie on the subject of witchcraft ever, and went on to become the highest grossing witch movie of all time. Now more than two decades on, it is still a must-watch movie for many fans every Halloween. The movie was even the inspiration behind Katy Perry's 2013 song 'Dark Horse'.
'The Craft', which starred Robin Tunney, Fairuza Balk, Neve Campbell and Rachel True, followed a group of four girls who were outcasts at St. Benedict's school, but were able to turn the tables in their favour with the use of black magic. However, there was one thing they didn't allow for, the rule of three. This occult tenet states that whatever energy a person puts out into the world, will be returned to that person three times... and that includes negative energy.
Soon after the original movie proved a success, a sequel was announced but the idea was soon scrapped, after Fairuza told producers that she was not on board with the idea.
It wasn't until 2016 that we first heard the news that a Hollywood remake was in the works, when Sony Pictures announced that they'd lined up Leigh Janiak to direct the movie. There's not been much news since, until this month when Robin confirmed that a reboot is indeed happening, and although there's no casting news, she also hinted at the possibility that the original cast might reprise their roles.
Robin, who is now better known for her appearances in various television shows, including the smash 'Prison Break', told the Canadian showbiz show eTalk, "Zoe Lister-Jones is writing it. And I may or may not do it." Robin, who played the lead in the original added, "I'm so proud of that movie. It was the first lead I ever had and it's a movie young girls today still watch at sleepovers. It's girl power and I'm so proud of it."
About a year ago, one of the producers of the much-deserved reboot revealed that the project isn't entirely a remake but almost like a sequel. Douglas Wick, who is overseeing the new movie, told HitFix, "there will be callbacks to the original movie, so you will see there is a connection between what happened in the days of 'The Craft' and how these young women come across this magic many years later."
He added, "here are some young women who once again discover the power of magic, and we explore their emotional lives, their wants, their fears, their longings, as they become empowered." 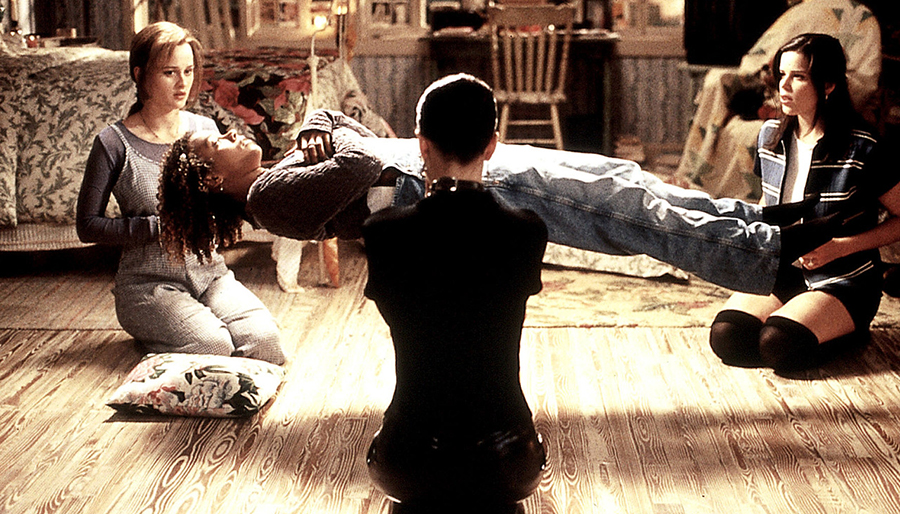 Although the original movie was a work of fiction, the makers tried to make its occult elements as real as possible. Fairuza, who played Nancy is actually a Wiccan witch and she was able to help keep the storyline as realistic as possible. The text of the book, 'Invocation Of The Spirit', that Nancy reads from in the magic shop comes from a real booked by well-known occultist Arthur Edward Waite called 'The Book Of Ceremonial Magic', a book that discusses invocation of spirits.
It seems that all this dabbling with the occult did stir up some odd goings on for the cast and crew. Apparently, the crew had to return to one location a second time to complete filming interrupted by several weird occurrences that even caused witch consultant Pat Devin to raise an eyebrow. As the fog rolled in at midnight, the four actresses used actual Wiccan rites and language to invoke powerful forces. Then, as Fairuza's character Nancy attempts to invoke the deity Manon, a flock of bats hovered over the set and the tide rose dramatically, extinguishing the circle of candles.
Witchcraft consultant Devin recalls that, "Manon, a fictitious creation for the film, sounds very close to Mananan, the Gaelic god of the sea. Luckily, we weren't all swept to sea." Director Andrew Fleming said at the time, "every time the girls started the ceremony, and only when they would start the ceremony, the waves would start coming up tremendously fast, pounding heavily. Then, right when Nancy says her line, 'Manon, fill me,' right at that exact moment, we lost power. It was a very strange thing."
There's not yet any indication of a date for this project, but let's hope the filmmakers won't keep us waiting for another 20 years.
Tags:
witchcraftmoviestopical