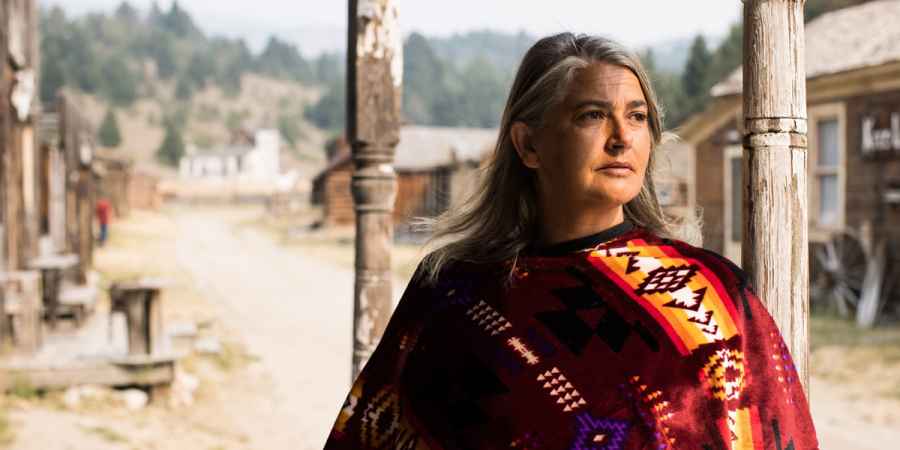 Photo: © Discovery+
One family's dream of owning a sprawling Montana guest ranch turns into a nightmare when they discover it comes with more than just horses and history in a new Travel Channel and Discovery+ series coming in March.
'The Ghost Town Terror' is a new six-episode series that premieres Friday, March 11 on Travel Channel and launches the same day on Discovery+.
This one may frighten even the Duttons. On the outskirts of Anaconda, Montana, sits Gunslinger Gulch – a sprawling ghost town and guest ranch made up of various historic abandoned buildings salvaged from across the state. When the Broussard family answered the beckoning call of a new life in Big Sky Country and opportunity to own this unique 52-acre property, they got more than they bargained for. They soon discovered the ranch offered anything but the serene Montana lifestyle they were seeking. Relentless, menacing supernatural activity has plagued the family since day one, leaving them terrified and desperate for answers. 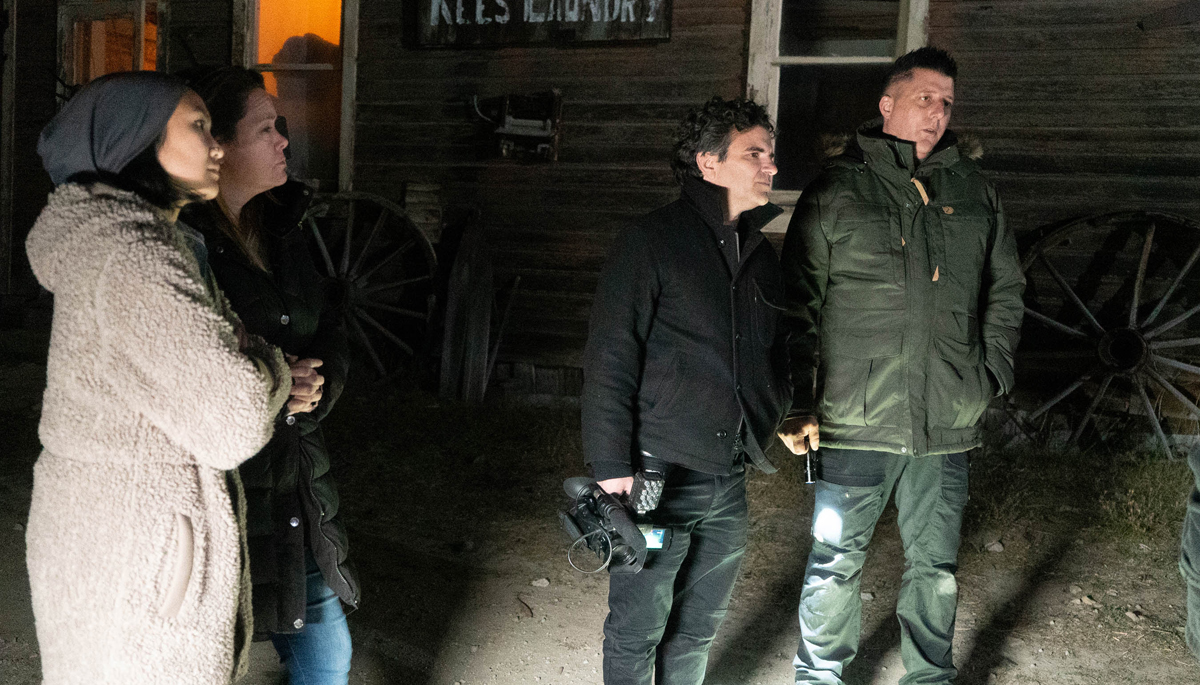 After more than a year of paranormal attacks, including unexplained scratches, apparitions, disembodied voices and poltergeist activity, Karen and her family – daughter Chloe, 20, and sons Cameron, 21, and Colby, 15 – are distraught and in dire need of help. Paranormal investigator Tim Wood and paranormal researcher Sapphire Sandalo come to their aid and soon discover the entire town has a disturbingly dark history, and an oppressive energy has taken over. Facing a particularly ominous situation, they call in backup – psychic medium Sarah Lemos, who is immediately affected by negative forces, and Wood's longtime friend and fellow investigator, Scott Di Lalla.
The team's extensive investigation uncovers a heinous unsolved murder, mysterious open-ground pits, bone findings, alarming EVPs, startling physical attacks and most frightening, that an evil entity may have attached itself to a family member. They're led on a windy, eerie hunt beyond Gunslinger Gulch and into the towns of Anaconda and nearby Butte to a historic brothel and abandoned house, rife with their own merciless history. The team discovers these buildings have uncanny ties back to the ranch and the Broussards. As Tim and Sapphire work to get closer to the truth behind the haunting, the activity only grows stronger and more diabolical – making even the hunters feel hunted. The investigation of Gunslinger Gulch has become a battle of wills.
"This is a series that's going to hook you until the very end," said Matthew Butler, general manager, Travel Channel & Paranormal Streaming Content. "Told across six episodes, it's an incredibly complex paranormal investigation and dark mystery that starts out as one thing and becomes something even bigger, all while transporting viewers to a real guest ranch in the heart of beautiful Montana."

Episode 1: 'Get Help'
Premieres March 11
Paranormal investigators Tim Wood and Sapphire Sandalo arrive in Montana to help the Broussard family solve the haunting of Gunslinger Gulch. Their mission turns urgent when they must determine if the remote ranch, or the family members themselves, are the source of the disturbing paranormal activity.
Episode 2: 'A Place for the Dead'
Premieres March 18
Investigators Tim Wood and Sapphire Sandalo make connections between the bloody history of Anaconda, Montana, and Gunslinger Gulch. But it's a trek into the hills in search of a mysterious pit that has medium Sarah Lemos fearing for everyone's immediate safety.
Episode 3: 'Hunted'
Premieres March 25
Investigator Tim Wood uncovers a bone-chilling link between Gunslinger Gulch and a former brothel in Butte, Montana. Back at the ranch, the team grows more concerned for the Broussards after an experiment reveals a dark force's psychological warfare.

Episode 4: 'Ornias'
Premieres April 1
Broussard matriarch Karen reluctantly moves her family off the ranch while investigators Tim Wood and Scott Di Lalla confront the dark haunting alone. Meanwhile, grim discoveries are made at an abandoned home Karen claims to be drawn to.

Episode 5: 'Let Us Have Her'
Premieres April 8
The team builds a psychomanteum – a dimly lit room of mirrors – to force a controlling entity to manifest inside the church. Meanwhile, a psychic sketch artist reveals a dark secret, sending the Broussard family, and the investigation, into fresh turmoil.

Episode 6: 'My Name Is Pain'
Premieres April 15
It's a showdown between good and evil at Gunslinger Gulch when the team invites a priest to the ranch to expel the dark entity.
Tags:
televisiontopicalparanormaldiscoveryplus