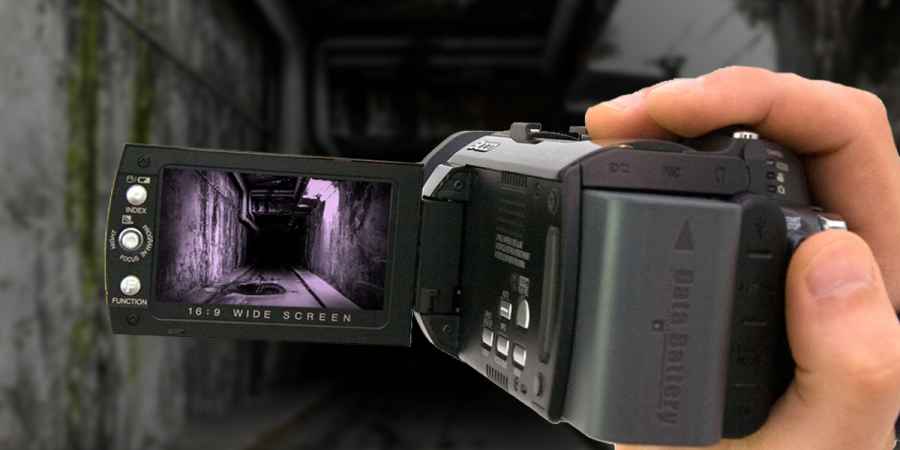 Full spectrum cameras are becoming more and more popular within the paranormal field, while the idea behind them is good and the technology itself is robust, there is a problem with the way this special type of camera is used by ghost hunters.
A full spectrum camera is just like an ordinary camera, but as the name suggests it can see the full light spectrum, including light in the infrared and ultraviolet frequencies that the human eye can't see. There are obvious advantages to having a camera that can see more than the naked eye when ghost hunting, especially if you hope to capture light anomalies or the holy grail - an apparition.
However, pretty much every paranormal team use these cameras incorrectly and it means they don't get the full benefit of what the camera has to offer and end up limiting its potential.
To explain what they're doing wrong, let's first think about how these cameras work and what they do. A full spectrum camera is essentially a regular video or still camera with just one change, a filter is removed from over the lens. Without this filter the camera can not only capture visible light, but also near infrared and ultraviolet.
This means you'll be able to capture some of the UV in sunlight and some frequencies of infrared, which is often emitted invisibly from other sources of light. If you're still one of those investigators who believes in orbs or if you're just on the hunt for light anomalies, then being able to capture anomalies in the UV and IR range is obviously beneficial.
These cameras fails to live up to their potential due to the environment they are generally used in. More often than not full spectrum cameras are used in the dark, usually with the addition of an infrared light source. In an environment with no visible light and just an IR source, your camera goes from being a full spectrum to nothing more than an infrared night vision camera.
Of course if you're filming using this setup in total darkness and there is a strange flash of visible, infrared or ultraviolet light then the camera should pick it up, but if this is the intended reason for using this type of camera then why bother using an infrared illuminator? The camera doesn't need its own IR light source to see an anomaly that generates its own source of light.
If every ghost hunter's dream came true and a ghost appeared right in front of the camera, then there are two ways it could be seen and captured by the camera. First, it could be that the ghost glows or emits its own source of light, this could be visible light, infrared or even UV, so a full spectrum camera does give you a chance of catching this.
However, apparitions are most often described as dark figures or solid masses than glowing phantoms. For this type of apparition to be seen then it must mean the apparition is either blocking, bending or reflecting light. Since these sort of apparitions are rare, there's never been a chance to study them as they tend to be one-off sightings that do not reliably repeat themselves. Therefore we have no idea whether these apparitions interact with all frequencies of light in the same way, so using a full spectrum camera to try to capture an apparition using a wider band makes sense.
But without the presence of visible or UV light, there is nothing but infrared for the apparition to block or reflect, so you end up in the same situation that you would be if you were using a regular night vision camera.
So to make the most of your full spectrum camera, either use it in total darkness without an infrared light, to look for visible, IR and UV light anomalies in the darkness. Or do the opposite, light the camera's field of view with a combination of visible light, infrared and ultraviolet to give the camera the best chance of spotting something blocking, reflecting, bending or otherwise interacting with one or all of these three bands of light.
If you want to make sure you're not missing anything with your full spectrum camera, then there is a solution. There are now a purpose-built lights available that can be fitted on top of most cameras which act as a full spectrum illuminators. The gadget gives you the option to turn on infrared, ultraviolet or regular visible light, or any combination of these three sources. They're a little more pricy than conventional camera top lights, but it might come in as a saving if you consider the fact that this is a three-in-one tool.
Tags:
paranormalghost huntingphotography