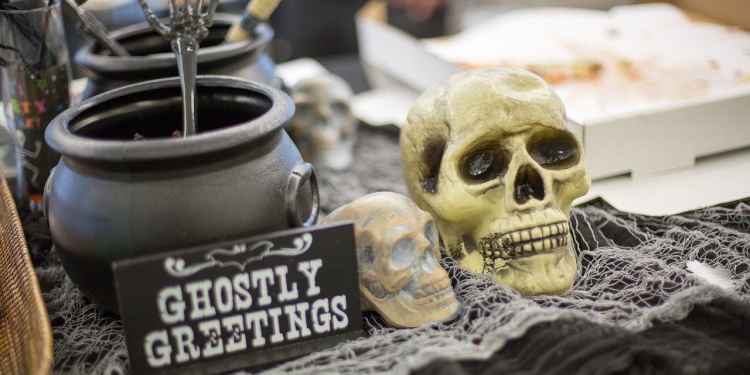 Photo: pixabay.com
The existence of the Loch Ness monster, ghosts and aliens are the real mysteries the nation's children would love to have answered.
A poll of 1,000 primary school-aged children revealed ghosts are the number one curiosity, with 32% of youngsters wanting to know whether they exist.
Three in ten want an answer on the existence of extra-terrestrial life forms, and 23% need to know whether Nessie is more than a myth.
It also emerged children want to know why animals don't speak the same language as humans, who named the dinosaurs and why you can't see God when you're in space.
Whether fish sleep, what stars are made of and who invented money are also questions children want answered, while others are baffled about the existence of elves, unicorns, mermaids and Yetis.
The study also found more than a quarter of children believe the Loch Ness monster is real, with 17% of children convinced they have seen a ghost.
A spokesman for the television channel HISTORY, which conducted the study ahead of the launch of the all new 'Mystery Season', on Monday 6th January, said "there are so many mysteries that people young and old long for the answer to."
"Children in particular are so incredibly inquisitive, asking their parents about far reaching topics from historical to the supernatural."
"ids always look up to parents as the fonts of all knowledge with so many questions, but mums and dads can't know everything - and will often look to documentaries or the internet for help to quench their kid's thirst for knowledge."
The study also found mysteries from the topics of science, maths and history are those that mums and dads struggle to answer most, according to the 1,000 parents who also took part in the survey.
'Where do babies come from?', 'do ghosts exist?' and 'is the tooth fairy or Santa real?' are the questions inquisitive children most frequently ask their parents.
More than six in ten parents think their children get their questions purely from their active imagination - and more than half also think bouncing conversation around with their friends generates their far-reaching thoughts.
Two thirds of parents find Googling the answer to children's complicated questions helpful, with half admitting to lying to their young when it comes to their trickier or more awkward queries.
And as the subject of 'fake news' continues to dominate the headlines, more than three in four parents worry their children might Google questions but find the wrong information.
Half of parents have also found themselves red-faced when their children have asked a question at an inappropriate time.
The study also revealed how the active imaginations of children affect what they see in real life.
Of the youngsters surveyed, 44% correctly identified Stonehenge as an ancient monument, but 5% thought it was an old alien landing pad, and 7% believe it is the remains of a very old house.
While 57% of children knew the pyramids in Egypt are a pharaoh's ancient tomb - 10% think it's an Egyptian house and 5% believe they're a portal to another world.
Interestingly, a third of those polled, via OnePoll, said they thought the internet had always existed.
In children's eyes, mum came out on top when it came to the most intelligent person they know, with dads coming in a close second - well ahead of their teachers.
Some young respondents claimed they were the most intelligent person they know, with some even stating the virtual assistant, Alexa was the brain box of the house.
A spokesman for HISTORY added, "parents can often find it difficult to keep up with the volume of questions coming their way about different topics - but Mystery Season on HISTORY should be able to help."
"From investigations into the life's biggest mysteries, exploring credible insight into ancient aliens as far back as 75 million years and many more fascinating unexplained questions - these shows can help shed a light on some of the biggest head scratchers."