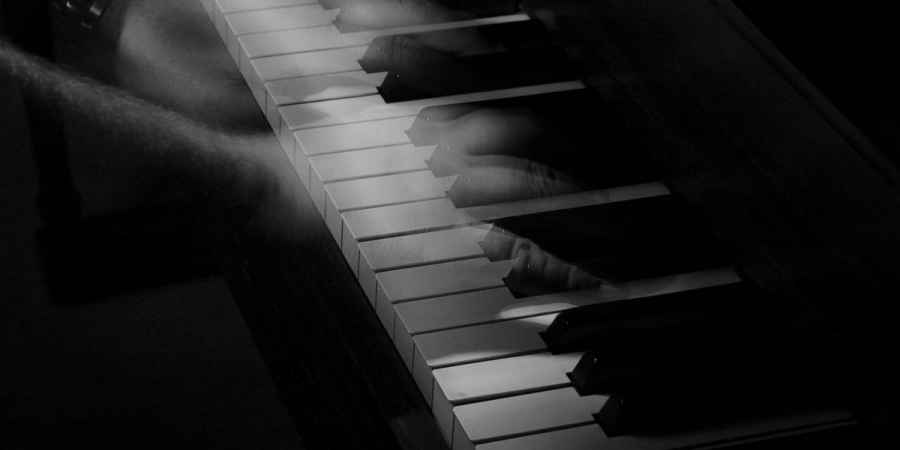 Photo: pixabay.com
The Singapore Theory is a very common experiment conducted by paranormal investigators, in fact it's so common that you might have conducted it yourself without even realising it.
It's called the Singapore Theory because it's linked to a hypothetical idea, but the act of carrying out this experiment is more of a method of investigation than a theory. The theory behind it is that spirits may respond to familiarity in their environment, this is tested during an investigation by playing familiar audio or placing familiar objects in the environment. For this reason it's also referred to as the "Familiarisation Theory."
The act of testing the theory using familiar objects and sounds should really be called the Singapore Method or the Singapore Experiment.
The issue with the naming convention can be demonstrated further by comparison to another common investigative technique. The Estes Method is a method of investigation that is designed to test the theory that spirits can communicate more easily with an investigator whose other senses have been removed by use of a blindfold and noise-cancelling headphones. This is the Estes Method, not the Estes Theory.
The term the Singapore Theory actually has more connection to Poland than Singapore. It first came in to common use after it was mentioned in a 2010 episode of 'Ghost Hunters International' in which the team employed the method during their visit to Poland where they investigated Wolf's Lair, the site of the infamous Valkyrie Bombing.
In the season two episode, Robb Demarest, described the theory itself. He said, "the Singapore Theory suggests that if you recreate the environment that a ghost would actually be used to, that you may have a better chance of capturing spirit activity."
Fellow investigator, Barry Fitzgerald, then said "we want to draw on Singapore Theory to see if there was any remnant of anything that may have lingered from those days during the occupation of Poland." So actually, in this early mention of the technique, the investigators aren't calling the method itself Singapore Theory, they're just designing experiments with the theory in mind.
In a 2002 episode of 'Most Haunted' filmed at the abandoned Aldwych Underground in London, Yvette Fielding and her team used the same method, but they called it a "Time Slip Experiment". Yvette gave a similar explanation, "some experts in the paranormal field believed that surrounding ourselves with the costumes and artefacts of a particular period can induce time itself to replay." Yvette hoped that wearing wartime uniforms during the nightlong vigil might entice paranormal activity.
The show's parapsychologist of the time, Jason Karl, pointed out, "well, it's not scientific at all, obviously," but added, "if you look at the histories and studies that have taken place at places where people reenact the past, like manor houses where they have to do reenactments etc, you do get a lot of alleged paranormal phenomena happening when people are in fancy dress and people re-enacting the past."
These probably aren't the first ever mentions of Singapore Theory, but its origins have been lost over time. However, like most methods employed by today's ghost hunters, it's television shows like these that have popularised the method amongst paranormal teams.
The theory is more of a hypothesis really, it is based on a belief that if there are conscious or intelligent spirits at a location, they may be more comfortable in familiar surroundings or more likely to want to interact with familiar objects.
Although anecdotally many investigators who use this method claim to have obtained positive results, there is no hard data on how much the Singapore Method increases paranormal activity. In order to assess this properly the number of unusual experiences would need to be recored while using the technique and compared to a control period when the technique is not being used.
The activity reported as a result of the Singapore Method can cover the full range of paranormal experiences, everything from drops in temperature, moving objects, unexplained sounds like knocks and bangs, spirit voices heard aloud or captured in audio recordings, visible phenomena such a light anomalies and apparitions, psychic visions or messages, and responses on ghost hunting gadgets or apps. Of course some of these examples are more robust evidentially than others.

How To Conduct An Experiment Based On Singapore Theory 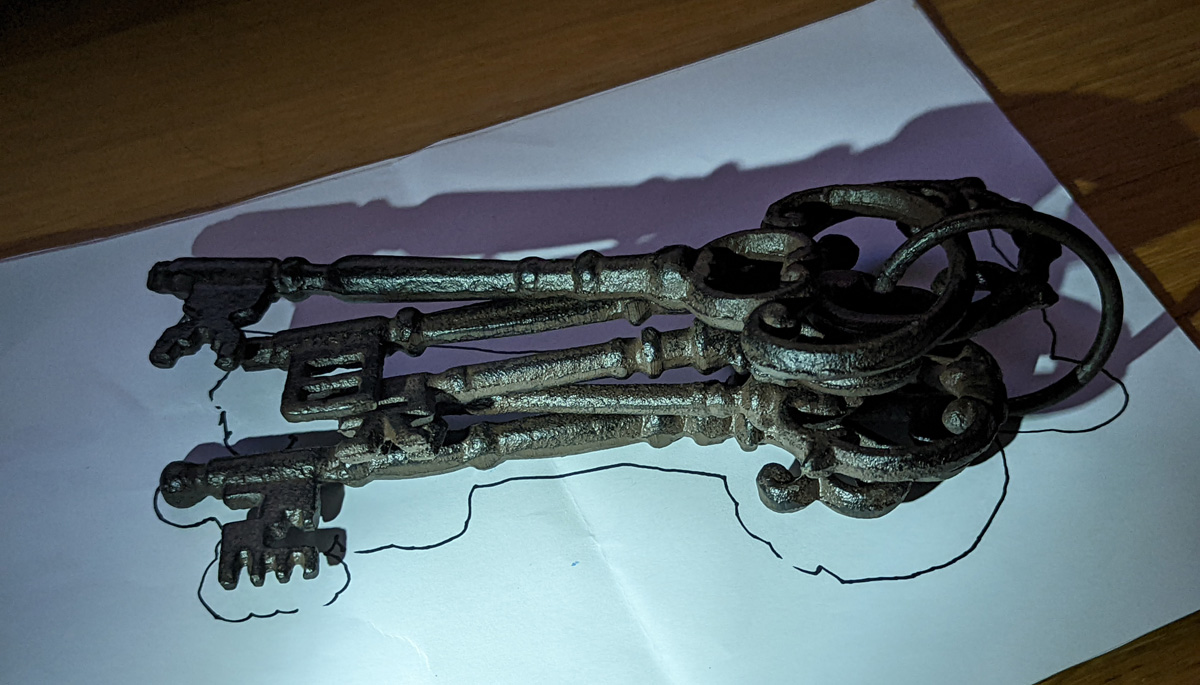 The Singapore Method can be as simple or elaborate as you want it to be. It can range from placing a meaningful trigger object in an allegedly haunted room, through to re-creating a past event, complete with the smells, sights and sounds from that incident.
At its most basic form, the Singapore Theory can be tested by placing a familiar object in an environment. This is more commonly known as a trigger object, which can be anything from balls, a bunch of keys, a child's toy, a marble or just about anything else. The idea is to leave the object in a haunted location during an investigation in the hope that it might be moved through paranormal means or encourage any paranormal entities present to communicate in some other way.
If using trigger objects, it's best if you can clearly measure any movement of the object. This can be done by placing the object on a sheet of paper and drawing around it. It's then easy to see if the object has moved. It may also be a good idea to point a static camera at the object in the hope of capturing the movement in a video.
You should always make sure that trigger objects are placed on solid, flat surfaces, ideally in a location where people won't need to walk past it as the weight of passing footsteps might produce vibrations which cause the object to move. Draughts may also move trigger objects, as well as vibration from passing heavy traffic.
If you know a little about the history of the haunting, then you can select a trigger object which is relevant to the location and therefore more likely to appeal to the spirits haunting it. For example, if there is said to be the ghost of a child at the location you may wish to use a ball, a marble, or a cuddly toy. If smugglers or pirates haunt the location then a coin might be more appropriate.
A more elaborate set-up might involve wearing period clothing, recreating familiar smells perhaps by burning tobacco, bring in fresh flowers or strong smelling food or alcohol. You could even go as far as trying to completely re-create a particular era by dressing a room or building how it would have looked in the past.
Trigger objects aside, when people talk about the Singapore Theory they're often referring to the use of music or sounds as a paranormal stimuli. The aim is the same, to trigger a ghostly response, but involves playing music from a certain era or even sounds like air raid sirens, battle sounds or crowds of people.
The method is sometimes criticised for this as picking the music from a certain era isn't as easy as it sounds. Imagine if you were investigating the ghost of an old man who died in 2020. It's unlikely he'd respond to music from this era, the music which triggers him could be from as back as far as the 1930s.
People are also exposed to music that pre-dates their generation. An 18 year old today might well listen to 90s music and even have favourite songs dating as far back as the 60s or 70s. So if investigating a wartime haunting, arbitrarily picking artists like Frank Sinatra and Ella Fitzgerald might not actually get you any meaningful connection to ghosts from that era.
There's also the added complication of picking artists who were actually popular at the time. The music of many recording artists live on and in some cases can become more popular after their death, such as in the cases of Otis Redding, Eva Cassidy and Jeff Buckley. All three are big names, but their music is better known now than in their respective times. 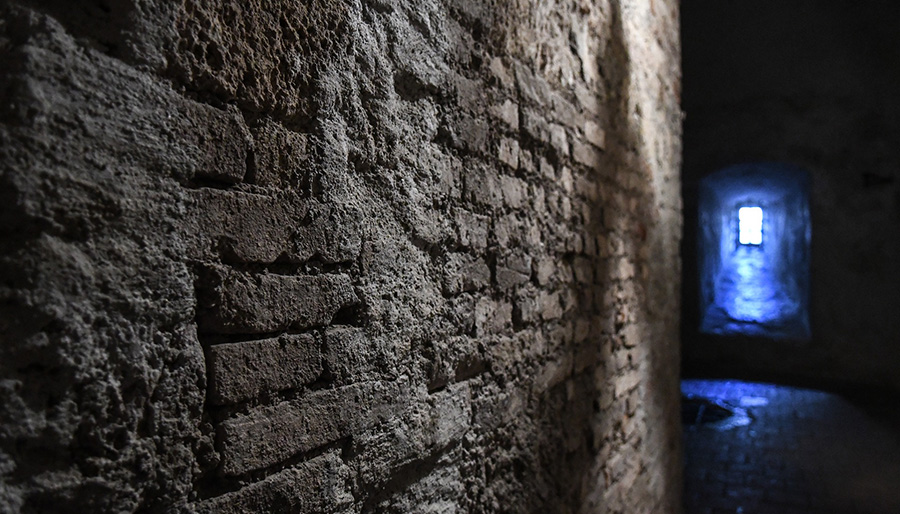 Photo: pixabay.com
The idea that recreating an environment or part of it can increase paranormal activity isn't too dissimilar from the beliefs that relate to another paranormal concept, that of Stone Tape Theory.
This is the idea that a past event can replay giving rise to paranormal activity in the form of echos of the past. These visual or auditory events are said to occur on the anniversary of the event or when the environmental conditions are the same.
The matching of environmental conditions in Stone Tape ties in with the belief in Singapore Theory, but what constitutes similar conditions? Could it be as simple as turning on a light or opening the curtains to let the same amount of light in as there was in the room during the past event? It could even mean heating or cooling the room to the same temperature that it would have once been.
Arguably, these are more powerful ways to change the environment to match a past event than merely placing a similar object to one seen at the time in the room, but much harder to achieve. In most cases there's no way we can know the exact temperature of a room at a specific point in the past, or how much light was in the room.
Like any of these theories, the best way to test it is to try it out for yourself with an open mind. It might be that you do pick the right object, piece of music or environmental conditions that will produce some kind of response, but it might be just as likely through chance as by design. Either way, it's worth a try.
Tags:
scienceghost huntingparanormalghosts