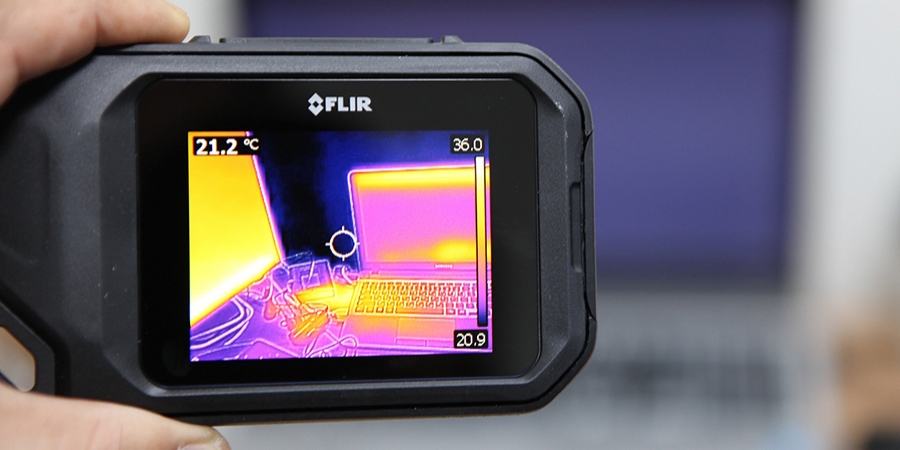 Photo: pixabay.com
Cold spots are a common phenomenon that is said to be associated with the paranormal. They're generally described as sudden or extreme drops in air temperature in highly localised areas. This noticeably cooler area of air at haunted locations is said to be linked to ghostly manifestations.
Often victims of hauntings and paranormal investigators will report feeling a significant drop in temperature around them, but how do you validate this cold spot?
There is one popular ghost hunting gadget that is sometimes wrongly used by paranormal investigators for this purpose, a thermal imaging camera, a device that is capable of telling you the temperature of a surface from a distance.
Thermal imaging cameras "see" the heat being radiated by an object, they give the user an indication of the temperature of everything within the camera's field of view. Hot areas show as shades of yellow, orange and red, depending on how hot it is. Very hot areas will show as white. Cold areas will show as shades of blue, with very cold areas being black.
Although some ghost hunters try to measure cold spots with these cameras, actually they're not fit for purpose when it comes to detecting a cold spot. Thermal imaging cameras can't measure air temperature. If they could, then you would only see the temperature of the air in front of the camera, but not the objects behind.
If you have a thermal imaging camera, here's a simple experiment you can try which illustrates this well.
First, point your camera at an empty wall in front of you. Can you tell the temperature of the wall? You should be able to. The colour the wall appears on the camera's screen gives you an indication of its temperature.
Now, point your camera at the wall again. This time, can you tell the temperature of the air in front of the wall? Clearly the answer is no. The camera "sees" straight through the air, and instead sees the thermal radiation being emitted by the wall.
The reason for this is because thermal cameras are tuned to ignore the frequency range at which air radiates heat. This is done intentionally to make the air appear transparent so that the user can effectively gauge the temperature of objects without having to worry about air temperature skewing the results.
However if the device is looking over a long enough distance, then cumulatively the air can become visible. For example, if you point the lens directly upwards into an open sky you will get a fairly accurate reading of the air temperature.
Because thermal imaging cameras don't measure air temperature, only the surface of the object it is being pointed at, if someone reports feeling a cold spot and you attempt to verify this by pointing the camera at them, you'll only be reading their body temperature, not the temperature of the air around them.
You could try pointing the device at the area of the floor they are stood on to see if whatever is creating the temperature drop is cooling the floor too. The cold air may also cool the floor below it.
Thermal imaging cameras are a popular but relatively expensive piece of ghost hunting equipment, if you're looking for a cheaper alternative for detecting temperature fluctuations then you could try a basic laser thermometer. These point-and-click infrared thermometers work in the same way as a thermal imaging camera, they don't require any contact with the object they're measuring the temperature of, you simply point the device and press the trigger to take a reading.
However, like thermal imaging cameras, infrared thermometers can't measure air temperature. A better solution for measuring cold spots is a simple and cheap digital thermometer like the type you use around the home or in a greenhouse. These thermometers give you an accurate, real-time indication of the current air temperature. 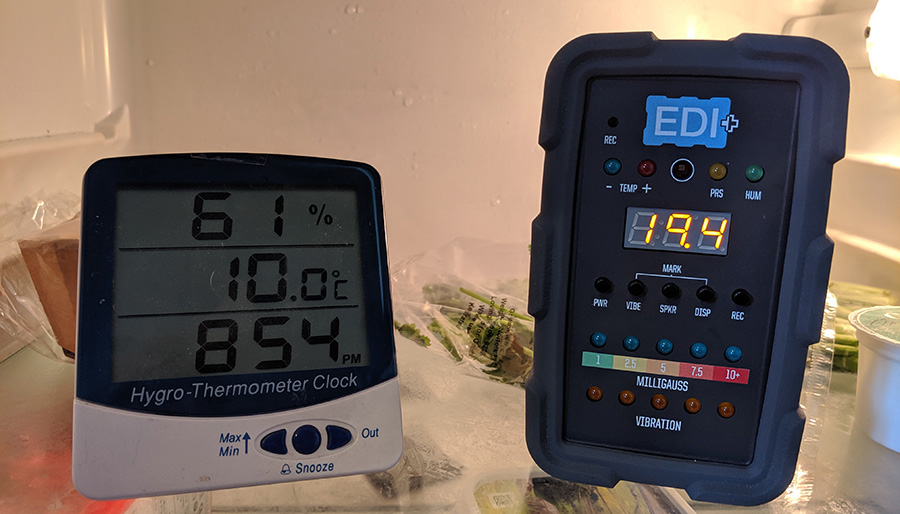 This type of thermometer is often built into other ghost hunting devices, such as EMF meters and static detectors. Some of these paranormal multi-tools will log the temperature changes and save the data on to a memory card with a timestamp.
Care should be taken during paranormal investigations not to place a thermometer near the source of any potential draughts, like windows or ventilation, and avoid warmth radiated from pipes, boilers, or heating ducts.
Using a digital thermometer to read air temperature not only helps you identify hot spots and cold spots, but can also tell you if there is an actual change in temperature or whether a member of your investigation team merely thinks they've felt a change.
Tags:
paranormalghost huntingphotography