Has Anyone Ever Tried To Build A Time Machine? 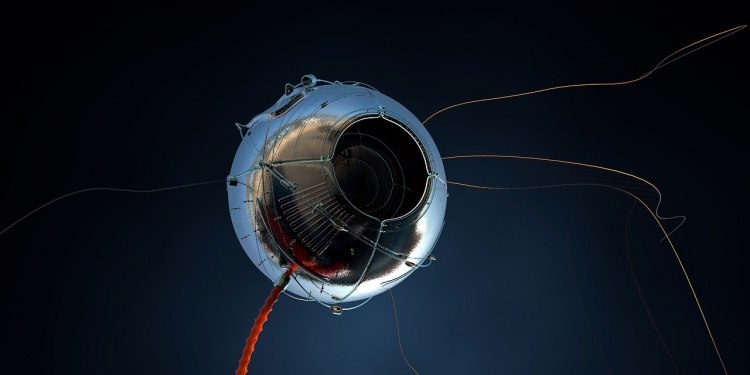 Photo: pixabay.com
The concept of time travel has existed as myth since ancient times, and has been written about in fiction for generations, most notably in 1895 in H. G. Wells' classic novel 'The Time Machine'. With mankind's ongoing fascination with time travel, has anyone actually tried to make a time machine?
Although I know that time travel is routed in science fiction, I still can't shake the idea from my head that there could be some secret government department has developed time travel technology and are purposely suppressing this field of scientific research to stop others following in their footsteps.
If time travel did exist, you can understand why a government or secret world power might try to cover it up. If the ability to set foot in the past or future was made available to the general public, it would be disastrous.
If anyone who wanted to was able to travel into the future and find information such as lottery numbers, sports scores to bet on, or financial information so they could effectively trade stocks, then the economy would fail. If everyone was a millionaire then money would loose its value, we couldn't all just sit back and sip cocktails on a beach, we still need people to work or society would grind to a halt.
The criminally-minded would be able to travel back in time and kill their enemies as a child, or even the parents of their enemy. Police in the present day would have no jurisdiction over people coming back from the future to commit crimes, not to mention they would be impossible to trace and charge.
If this was already happening, we would know about it. Austerity wouldn't exist as more people would make themselves rich and spread out the wealth. The wealth of richest 1% of people wouldn't be equal to other 99% as it is now. There would be much more unsolved crimes as time travellers jump into our time frame, rob a bank, commit a murder, or steal company secrets before vanishing back to their time period.
Of course if time travel was controlled and only used by top secret government personnel then they might have strict rules on its use, which could involve only using time travel for observation purposes in the past. Time travellers might silently walk among us witnessing important events from their past.
But as soon as someone leaped into the future, it would be hard for a time traveller not to be influenced by what they would see.
However, if one of the world governments had this power, wouldn't they use if to ensure that their country never goes to war by taking preemptive measure against their enemy long before they were a threat? Would the one country that had access to this technology be the single dominating state in the world? There is currently no such country.
So, based on this it seems unlikely that there is a secret time travel project in existence, but this still leaves me wondering if any scientists have ever attempted to build a time machine. After all even Professor Brian Cox says travel forwards in time can be achieved within the accepted laws of physics. 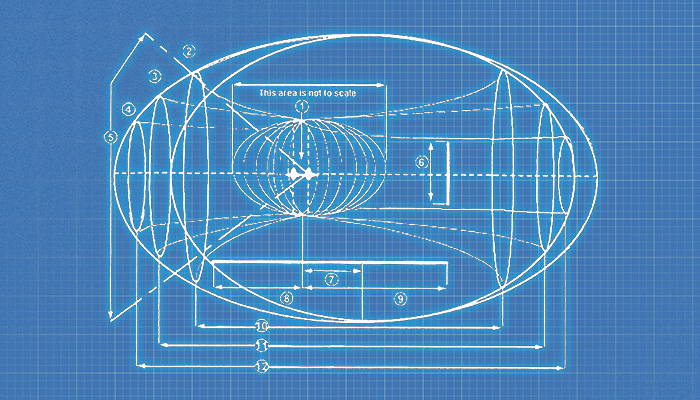 Photo: patents.google.com
A quick search of Google patents reveals that there are actually a few patents for time travel technology. The design for a "method of gravity distortion and time displacement" was registered in 2006 by Marlin B. Pohlman. His conceptual technology is said to distort spacetime using gravitational fields, bringing two points in space and time together, allowing a time traveller to simply jump across the gap.
This method of time travel is based on Robert Geroch's Splitting Theorem, and the designer claims he can use this area of mathematics in order to control the time jumps. The inventor never got around to building his time machine, instead he pleaded guilty to drugging and abusing four women in 2013. This is exactly the type of person who shouldn't have access to a time machine.
There's also a registered patent for a "method of space compression time dilation machine" filed by Wasfi Alshdaifat in 2013. It too is based around the principles of compressing and dilating space in order to split the fourth dimension, time. His design is uses gamma rays, a type of radiation which is thought to be produced in large quantities by Black Holes.
The final patent for a time travel device was registered in 2007 by Mitchell Kwok and describes a "practical time machine using dynamic efficient virtual and real robots," which frankly just sounds mad. The design claims to allow an object or a group of objects to travel into the past or the future, as well as a method to cut objects from the past or future and paste them to the current time.
When reading the details of this patent, it reads more like it's describing the holodeck from 'Star Trek' crossed with 'The Matrix', rather than a time machine. The device works by creating a virtual world which is patrolled by a fleet of intelligent robots which ensure that the world doesn't deviate from the events in the real world, maintaining an exact copy.
A time traveller can then step back in to any time zone using this statistical model of not only the past, but also the future.

Past Attempts To Make A Time Machine 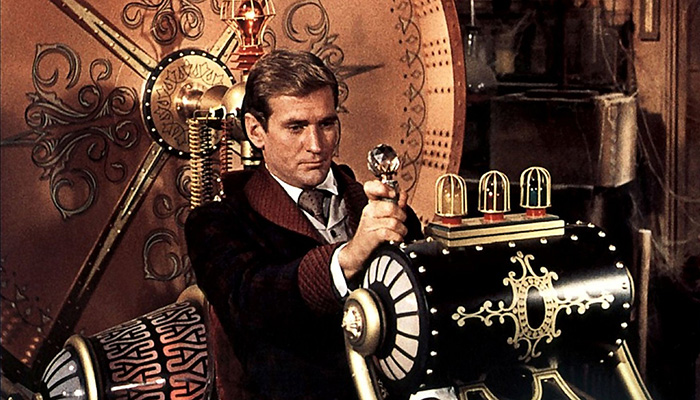 As of 2018, not one of these patents have gone into development, as far as we are aware. But what about past attempts to build time machines?
The Chronovisor
The most famous claim of a working time machine was in the 1960s, when an an Italian monk named Pellegrino Ernetti said he built a device called the Chronovisor. The television-like device was supposed to reproduce the electromagnetic radiation left behind from past allowing a viewer to see past events. It could also reconstruct sound waves from the past to accompany these images.
The device's existence has never been confirmed, but is said to comprise of a screen with tuning-dials. Ernetti claimed to have constructed the device with a team, which included twelve world famous scientists. Some claim that this device ended up in the hands of the CIA.
Author, Alfred Lambremont Webre, Daily Star Online that the US intelligence agency acquired the device from the Vatican and have since covered up its existence. Webre says that the device isn't advanced enough to allow a person to "step into" the past.
It's not clear how, but the Chronovisor is also said to be able to show visions of the future, which is why the US government were so interested, in the hopes that it would give them a political insight into the future.
Project Pegasus
A lawyer for the state of Washington, Andrew D. Basiago and William Stillings have recently claimed that a secret government project run by the Defense Advanced Research Projects Agency has successfully made a working time machine.
They claim that the project has managed to send time travellers, called chrononauts, to the planet Mars, by way of a teleportation chamber called a "jump room." They also says that Barack Obama was groomed as a future president by the CIA who had future knowledge that he was destine for the White House. 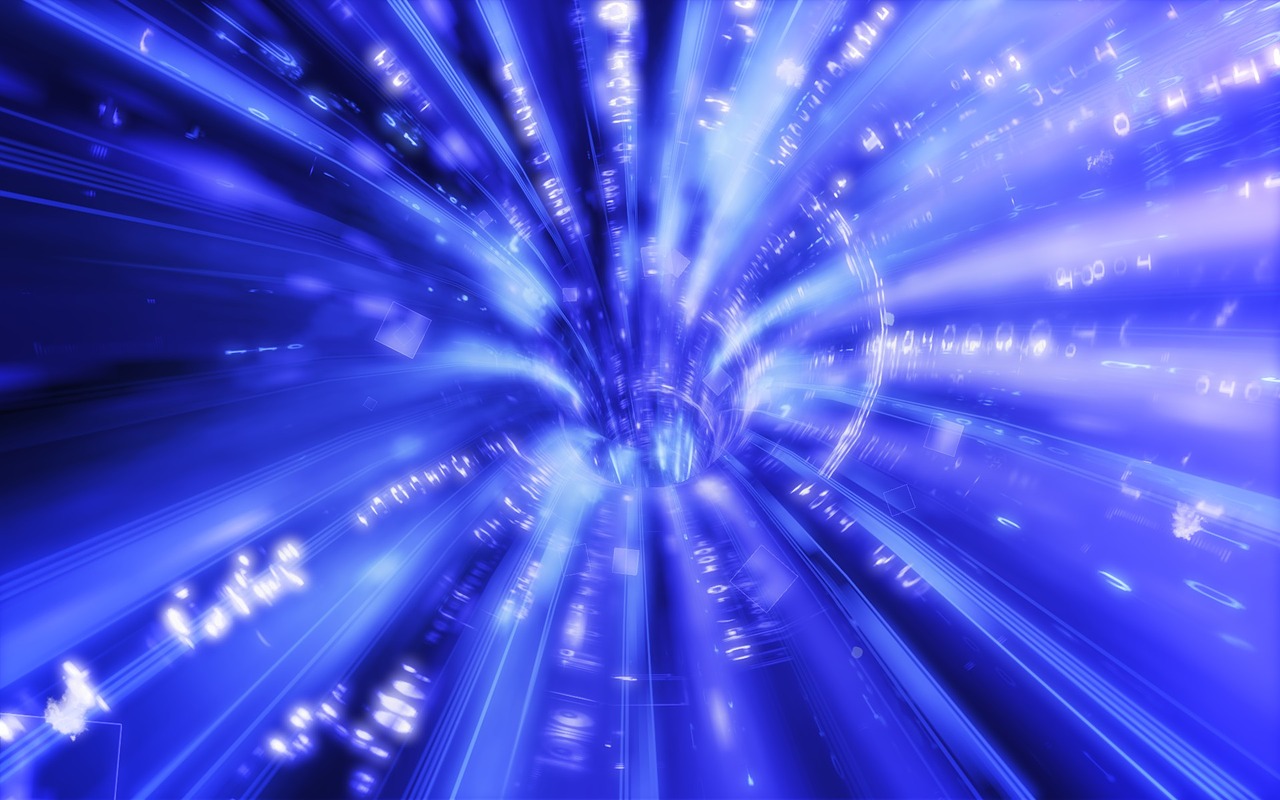 Photo: pixabay.com
A NASA theoretical physicist is attempting to build an Alcubierre Warp Drive, a proposed technology which allows a spacecraft to achieve apparent faster-than-light travel. As we all know, the faster you travel, the slower time passes for people aboard the ship. So by travelling near to the speed of light, the passengers could skip years and years of Earth time.
Then there's Ronald Mallett, who was a theoretical physicist based out of the University of Connecticut before retiring. He specialises in theoretical general relativity and relativistic quantum mechanics, and his primary research relates to the possibility of developing time travel using the gravitational properties of light produced by a device called a ring laser.
It's a fairly simple piece of kit, a laser is shone into the ring through a half-silvered mirror, it then bounces off of three other mirrors to produce a continuous, unending beam of laser light. Dr. Mallett explains, "if you put a neutron in the space, then you turn on the circulating light beam, the space is being dragged around, it will drag the neutron around."
So if space is being bent within this device then we know that time must be too, as the two are linked. Dr. Mallett speculates that with enough power, a similar laser device could bend time to a point where it becomes a loop.
The professor believes that his device could be made to change the orientation of a neutron, spinning it either upward or down, this could be used to signal a '0' or a '1'. A receiver in the past could then be used to detect the neutrons and decode a message from the future.
As of 2016, there seems to have been no progress in Dr. Mallett's work, and his plans to build a scaled up version of his device have not materialised.
Then there's Marshall Barnes, an American research and development engineer, whose research and development does seem to be ongoing. While some consider his work to be fringe science or pseudoscience, Marshall is well respected and he's said to be a bit of a genius in his field.
Marshall specialises in temporal mechanics, spacetime geometry and quantum mechanics. He has already demonstrated his device, the "Verdrehung Fan," publicly. The small highly conductive metal fan is said to be enveloped in a specially synthesised electromagnetic field, and when it spins it contracts and twists the space in front of the fan.
Marshall claims that the torsion effect of his fan affects the micro-wormholes which are all around us in the quantum film of spacetime. These wormholes are normally too small to interact with. The inventor believes that with an increase in size and power, his device could create a stable, traversable wormhole.
Tags:
time travelsciencemarshall barnes