0 0
On Friday 9th November, 2018 three pilots spotted an unidentified flying object off the south-west coast of Ireland and the incident is now being investigated by the Irish Aviation Authority.
The strange bright lights were spotted moving quickly across the early morning sky by a British Airways pilot, who was flying a Boeing 737 from Montreal to London. Confused, she contacted Shannon air traffic control to ask if there were any military exercises taking place in the area.
The air traffic controllers radioed back "there's nothing showing on either primary or secondary radar." The pilot described the sighting as being a "very bright light" which had been seen to the left of the aircraft then "rapidly veered to the north".
The object was then seen by two further commercial pilots, one of which also contact air traffic control. You can listen to the audio above that was released by the Irish Aviation Authority, who have now stated publicly that they have started an investigation into the incident.

The second pilot, flying a Virgin Airlines flight from Orlando to Manchester, confirmed on the radio chatter that he had also seen something odd. He told air traffic control that it might be "a meteor or another object" entering the Earth's atmosphere. He said, "there appeared to be multiple objects following the same sort of trajectory. They were very bright from where we were. Two bright lights that seemed to bank over to the right and climb away at speed, at least from our perspective."
The speed of the mysterious lights was said to be "astronomical, it was like Mach 2," which is twice the speed of sound.
The Irish Aviation Authority has said that "following reports from a small number of aircraft on Friday 9 November of unusual air activity the IAA has filed a report, this report will be investigated under the normal confidential occurrence investigation process".

Visitors From Space Or Something Else? 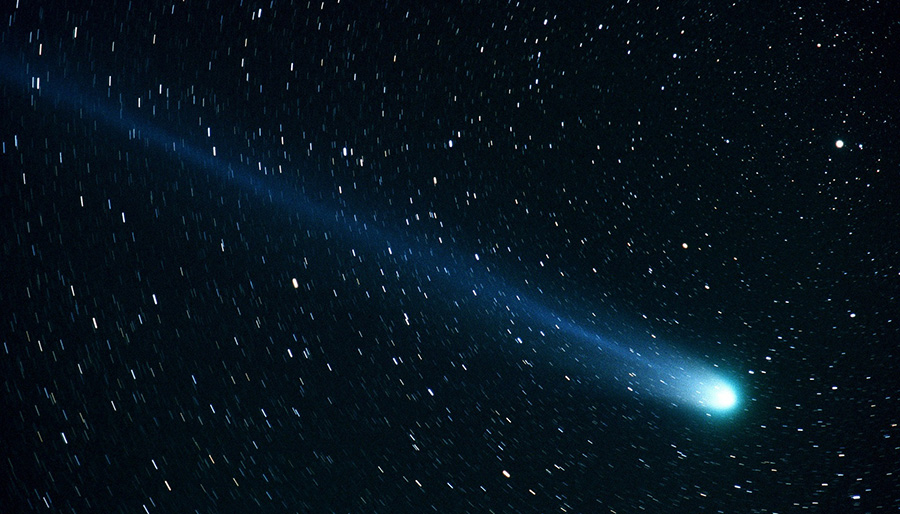 Photo: pixabay.com
There are always those who will jump to the conclusion that odd lights in the sky are caused by an invading alien attack fleet, but there is a more rational explanation for the incident. Astronomer, Apostolos Christou, from the Armagh Observatory & Planetarium, thinks that the pilots saw a piece of space debris burning up in the Earth's atmosphere.
The phenomenon is more commonly known as "a shooting star". The astronomer said, "it appears the matter was extremely bright so it must have been quite a large piece of material." He thinks that the falling object could have been the "size of a walnut or an apple".
Add A Comment
Tags:
unexplainedufostopical