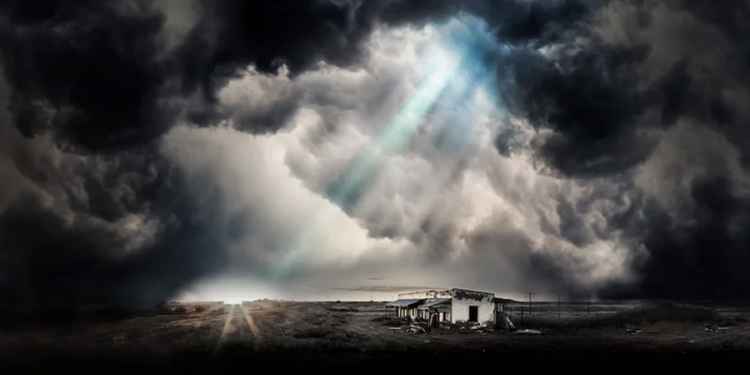 Netflix subscribers have been left scratching their heads after the video giant rebooted the cult true crime and paranormal television show 'Unsolved Mysteries'.
Six new episodes of the iconic show landed on Netflix on July 1, with the other half of the series to follow at a later date.
The show has been brought back to life by Shawn Levy, the executive producer of the Netflix smash 'Stranger Things', working alongside the show's original creators John Cosgrove and Terry Dunn Meurer.
The series originally ran from 1987 and notched up almost 300 episodes documenting cold cases and paranormal phenomena, including stories such as that of the legendary Roswell UFO incident of 1947. It was the first mainstream television series to feature this story, which is now one of the best known UFO cases of all time.
'Unsolved Mysteries' has returned to Netflix with a bang and its cases are as perplexing as ever. Each episode focuses on one new mystery, exploring the topic in a documentary format through re-enactments featuring actors playing the rolls of criminals, victims and witnesses.
The format differs to that of the original series which usually featured three main stories per episode. The new format more closely matches the true crime documentary style that has proved to be a huge hit for other Netflix series like 'Making A Murder' and 'Don't F**k With Cats'.
As always there's tales of unresolved murder cases, missing people and even a good old UFO incident. In the episode entitled 'Berkshires UFO' we meet the residents of Berkshire County, Massachusetts, as they recall their baffling, terrifying experiences with a UFO one night in 1969.
The one thing missing from the show is its host. The original episodes had several different hosts, but the most memorable was the late Robert Stack. The show's creators considered a new host for the Netflix version, but told the New York Post, "we talked about that for a long time, even about using an unseen narrator, but we decided it was really tough to fill the late Robert Stack's shoes. He was an iconic host for so many years."
The show came to an end after Stack passed away in 2003, but returned six years later with a new host for a two-year run. Although it hadn't been on television for ten years, the show has a YouTube channel where viewers can submit their own mysteries. If accepted, 'Unsolved Mysteries' posts a video of the viewer describing the mystery.
Tags:
paranormaltelevisionnetflix