Whilst the world of ghost hunting has seen a whole range of new technologies being employed to help you find ghosts, if we step back in time a couple of hundred years, it turns out people were successfully selling vampire hunting kits. So, did people really think vampires existed back then? And were they prepared to hunt them down? 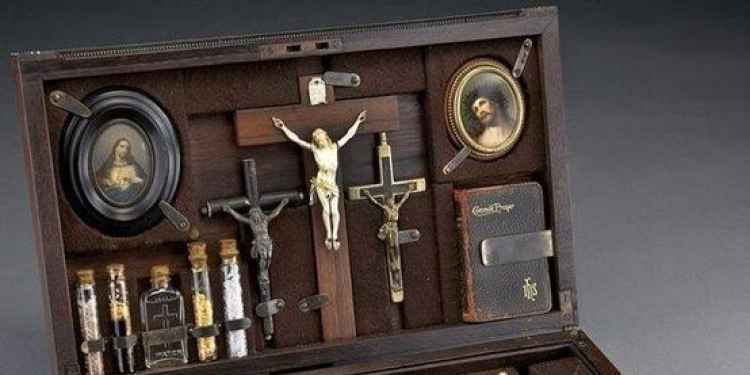 Various stories about genuine vampire hunting kits from the 19th century have been published online in the last few years. Notably, some of them have even come up for auction and reached prices of between $12,000 and $15,000. Containing such handy vampire despatching kit as stakes, mallets, bibles, crucifixes and garlic, these kits were apparently sold to European travellers to protect them from the fanged beasts of Transylvania. So, does the presence of these kits imply vampires actually existed? Even if they didn't, were people sufficiently frightened of the stories of them at the time to think vampires might exist, and so needed to invest in these kind of kits to protect themselves? 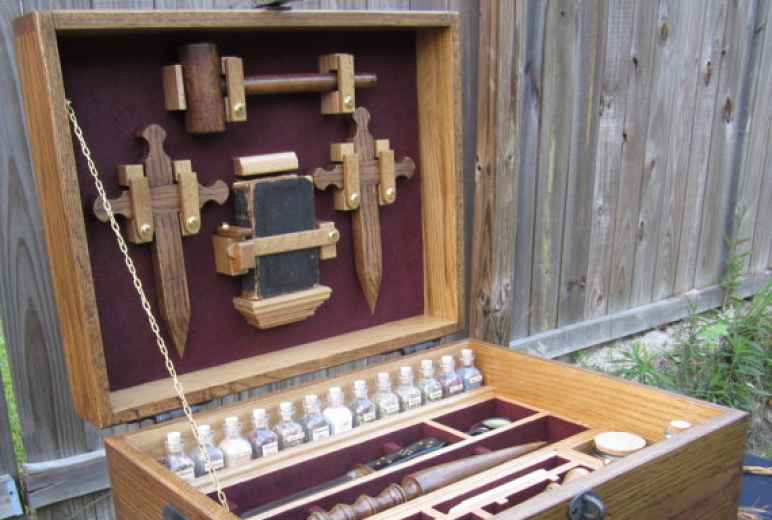 Some of them are genuine, if you mean do they date back to the 19th century, but they weren’t produced to actually kill vampires. In all likelihood, they were sold to collectors as a bit of a gimmick after the publication of Bram Stoker’s Dracula in 1897. Kind of like a historic cosplay – but rather than dress up as Harley Quinn or Batman at a comicon, you might entertain your friends by showing them how prepared you are if Dracula pays you a visit. It’s possible a few were flogged to those heading into the Carpathian mountains and who were worried they were going to get sucked off, but it seems more likely it was just a cash-in.
That doesn’t account for the few kits found which pre-dated the publishing of Dracula. However, digging a bit further back we find John Polidori published The Vampyre in 1819, which was also a successful book. Although vampire-like demons or spirits were reported in ancient Greek and Roman culture, the more modern take on the vampire has only really existed for a couple of hundred years or so. 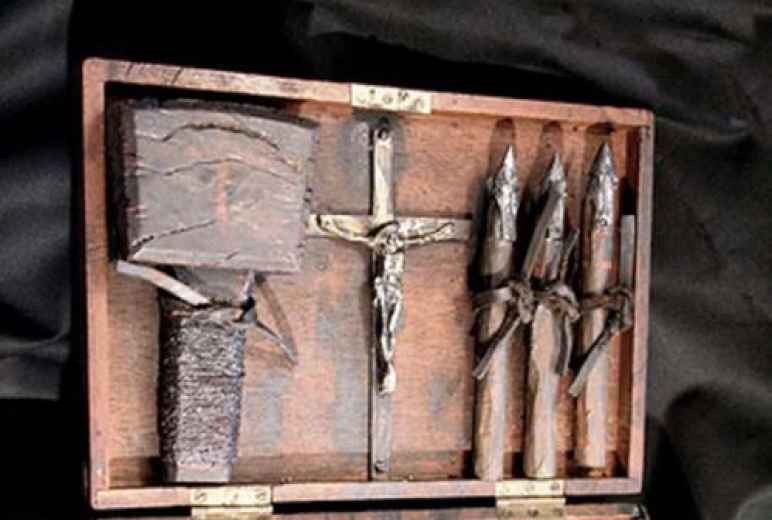 So why are people paying such high prices for the few remaining kits? It’s obviously not for killing vampires. You can make your own kit for a just a few quid, and if you have a bit of money to spare - anywhere between £30 and £400 – there’s plenty of people on sites like Etsy and Ebay who’ll take your cash and sell you a kit.
The reason the collectors are prepared to pay so much for the old kits is rarity. Like vampires themselves, the kits from the 19th century are now highly collectible, and also very rare! So if you find one knocking around in your attic, get it down to Sotheby’s and you could be quids in!
Tags:
paranormalvampires