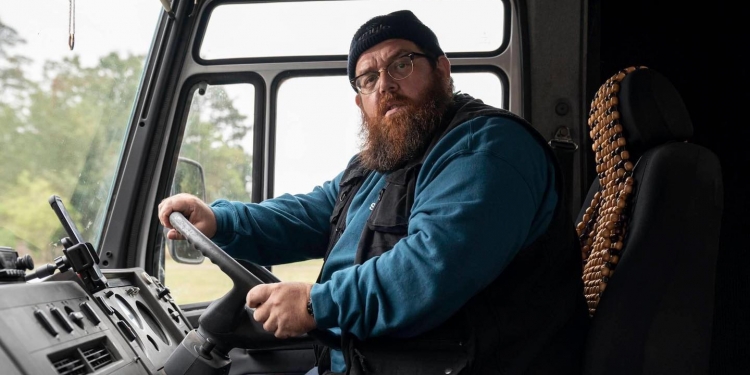 It was confirmed by Amazon last year that British comedians Simon Pegg and Nick Frost's upcoming comedy-horror ghost hunting series would find its home on Prime. Ever since, fans of the comic duo have been waiting for their first look at 'Truth Seekers'. Finally, the show's first trailer finally dropped.
Simon and Nick are no strangers to the world of the paranormal and the weird. In 'Shaun Of The Dead' the duo battled the living dead, they befriended an extraterrestrial in their 2011 movie, 'Paul', and their 2007 comedy 'Hot Fuzz' has many references to strange and quirky occult practices.
They revealed the trailer for their latest comedy project during a panel discussion as part of the virtual Comic-Con @ Home event that's taking place this week, but there's not yet an expected release date for the series. All we know is that there will be a global release on Amazon Prime later this year. Halloween perhaps?
The trailer shows Nick and Samson Kayo taking on their paranormal alter-egos, Gus and Elton, two broadband installers turned part-time paranormal investigators who aim to uncover and film paranormal sightings across the UK, at locations they're sent to by their boss Dave at the telecommunications company, Smile, played by Pegg.
The series has a old school horror feel about it, and is heavily influenced by Simon and Nick's love of the paranormal and ghost hunting. It will follow the duo as they search for spooks in haunted churches, underground bunkers, and abandoned hospitals using an array of homemade ghost-detecting gizmos and share their adventures on an online channel.
The cast also includes Malcolm McDowell, plus Emma D'Arcy playing Astrid who comes to the gang looking for help with a haunting. There's also Susan Wokoma who plays Helen, the highly-strung agoraphobic sister of Elton, and the brilliant comic actor, Kevin Eldon.
Simon earlier confirmed that each of the eight half-hour-long episodes will revolve around a different paranormal case, but it's not yet known if the locations they visit will be genuine haunted buildings or fictional locations. We do know that they filmed for the show in Victorian mansions, haunted hospital and even a disused bio-lab.
As the paranormal activity the team experience increases, they begin to uncover a looming supernatural disaster that could threaten the entire human race. Simon explained that the trio will start their journey into the supernatural as a "small business venture," but he says that "it will expand as the series goes on to be something far more global."
You can watch Nick and Simon's full panel discussion below, which also features the show's executive producerJames Serafinowicz, and Nat Saunders, moderated by Empire magazine's Chris Hewitt.
The series is one of the first productions to be devised by Simon and Nick's newly formed independent production company, Stolen Picture. Nick told Variety that "everyone at Stolen Picture, are incredibly happy to be making 'Truth Seekers' with our new partners, Amazon Prime Video. It's been nothing but a joyride in seeing this mad tale of paranormal conspiracy unfold in all its understated brilliance. Amazon's commitment and support of the show, and of original programming generally, showed us that we couldn't be collaborating with a bigger or better team."
Simon and Nick are best known for their iconic roles in the three flavours Cornetto trilogy, a series of comedy films directed by Edgar Wright, written by Wright along with Pegg. The trilogy consists of 'Shaun Of The Dead', 'Hot Fuzz' and 'The World's End'.
Add A Comment
Tags:
paranormaltelevisioncomedytopicalamazon prime