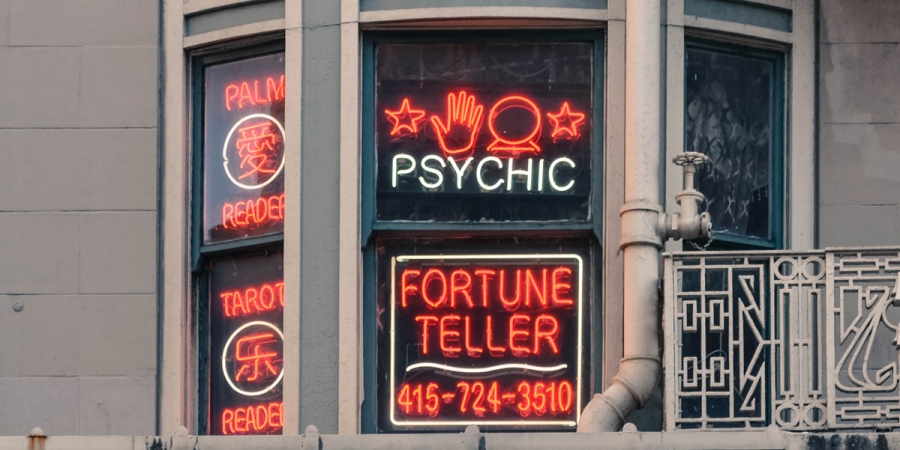 Photo: © Jose Antonio Gallego Vázquez
Dr. Dean Radin has made the bold claim that some aspects of our unconscious awareness spreads out in time allowing us to feel and even influence future events.
Radin is an author and the chief scientist at the Institute of Noetic Sciences, a parapsychological research institute that attempts to find scientific meaning in profound human experiences.
In an hour-long chat about his new book, 'Real Magic', on Michael Sandler's podcast, 'Inspire Nation', Radin talked about the concept of presentiment, a subconscious intuitive feeling about the future which is also said to manifest in the form of increased heart rate, your skin conductance and even pupil dilation.
Radin told the podcast host, "some aspects of your awareness, most of which is unconscious, is spread out in time, some of it going into the future," before describing certain experiments, which he claims have been repeated thousands of times over the last 40 years and proves this belief.
The parapsychologist explains, "a presentiment experiment is part of a long line of experiments that are using physiological measures for detecting an effect rather than asking somebody to perform a miracle on demand in the laboratory." Radin said that if you ask somebody to be psychic on demand, many people can't do that, as proven by mainstream science.
Radin continues, "so a physiological based experiment is where we're recording your heart rate or your skin conductance or your EEG or some aspect of your body which we're able to see what's going on on an unconscious level rather than conscious awareness."
One such experiment was conducted at the HeartMath Institute (HMI), who demonstrated a measurable subconscious awareness of future events on average around 4.8 seconds before they occurred.
The experiments typically involve showing volunteers a series images on a screen, some are emotive, some are calming. Any physiological responses triggered by the photos are recorded by special software to monitor the emotional and pre-frontal cortex of the brain, as well as sensors to measure the heart's activity.
The experimenters found that the readings from participants' organs, which were either neutral or heightened, correlated with the upcoming image up to 10 seconds before that image was actually shown to the participant. This appears to show that both the heart and brain are capable of responding to future events.
Radin said, "the idea of it is that if some aspect of your awareness extends through time, which is precognition, then maybe your body begins to feel that before the event unfolds and you can detect that feeling unconsciously."
He added, "this particular experiment, you can only look about 10 seconds into the future, it's a limitation of the experimental design. Other kinds of experiments like remote viewing can look weeks or months in advance, so there doesn't seem to be any limitation in terms of how far one can quote 'see'."
There's no real understanding of how a future event can affect our bodies in the present, this form of retrocausality seems to break the laws of physics.
Because this particular branch of scientific research drifts into the realms of the supernatural, many of the results from the type of experiments Dr. Radin described have been met with skepticism and many in the mainstream scientific community believe that the results can be explained through more conventional means.
Radin then delved deeper into the subject of real magic and spoke about actually influencing future events. He said, "if you want to manifest something, you don't push it, you pull it from the future." He explained, "it's not like you mentally push it into being, rather you intend or you affirm that it is already done in the future and now the world will catch up to it."
Dr. Radin explains that some of the research designed to test this ability involves attempts to influence random number generation. He said, "the studies involve random number generators, which is a target for intention to see if you can push the results of these electronic choices like coin flips."
The idea of influencing random number generation with the power of thought is nothing new. There have been plenty of studies conducted over several decades by parapsychologists and even the CIA to ascertain whether this is possible or not. Including a well-documented study conducted at Princeton University's Princeton Engineering Anomalies Research (PEAR) laboratory.
The study found clear and highly significant evidence that human consciousness and intention can affect the behaviour of random number generators. Although there were some issues with the experiment, including doubts over whether the numbers generated in the experiment were truly random to begin with.
You can try a similar experiment yourself below. Simply tap the button to start and while the app counts down it will be generating ten random numbers in the background. Pick a number between one and ten. Make your intent clear and concentrate on the number during the randomisation process. Once the countdown is complete ten random numbers will appear on the screen.
If one of the generated numbers matches your choice then this is no better than statistical chance, but if two or more results match your number then this is much stronger evidence. The numbers will be being generated by your own device rather than our server, which should make it easier to influence the outcome.

In the podcast episode, Radin also discusses Peter Venkman and 'Ghostbusters', Psi Quest and synchronicities, eight-foot curve balls, play-doh and voodoo dolls, kissing mules on the snout, and explains what Spiderman underwear has to do with all of this.
Along with host, Michael, the pair also talk about the sheep and goat effect, in which the 'sheep' are believers in supernatural phenomenon like ghosts and ESP, while the 'goats' are non-believers.
Radin said, "one of the factors that is said to modulate magic, which goes all the way back to Shamanism, is whether or not you believe in the magic. If you don't believe in magic it doesn't work very well, if you do it works really well."
You can watch Michael Sandler's full interview with Dr. Radin on YouTube, and be sure to subscribe for live streams every Monday.
Tags:
scienceparanormalpsychics