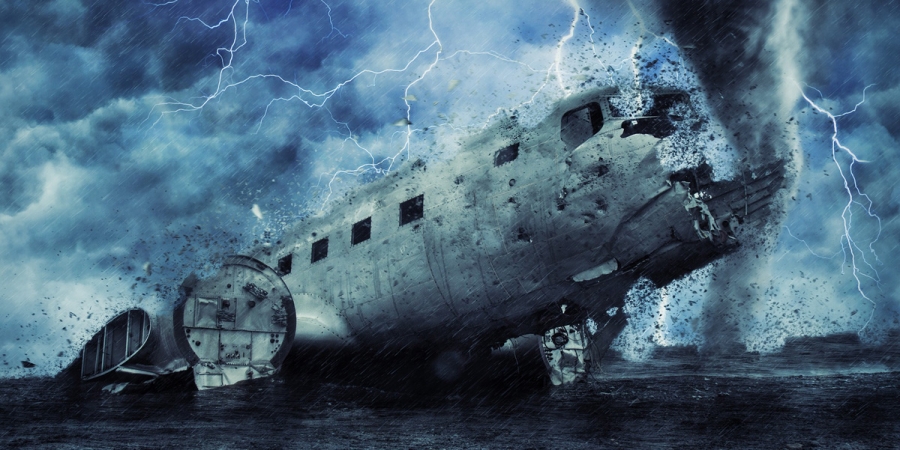 Growing up in the 90s, the Bermuda Triangle featured in every magazine on the unexplained, it was at the forefront of supernatural myth and legend.
These examinations of the legend of this triangular region of the western part of the North Atlantic Ocean and the airspace above it made it seem like any plane or ship that dared to venture into the treacherous territory risked an unknown fate.
Over the years the stories have died down, which makes you think... was there ever anything in it?
You'd expect that perhaps a few planes went missing in the region maybe a few decades ago, but actually you might be surprised to learn that there have been seven incidents in the triangle in the last 20 years. These resulted in the disappearance of three planes, three boats and at least 63 fatalities.
The last of these was a boat carrying 20 people from the Bahamas to Florida in 2020. A week later a widespread search was called off after no trace of the vessel was found. In 2015 SS El Faro sank resulting in a loss of 33 lives.
The paranormal explanations for the alleged dangers of the triangle, include the effects of leftover technology from the mythical lost continent of Atlantis, warps in space and time, portals to a parallel universe, and even UFO encounters.
The reality is, it shouldn't be too surprising that there have been fatal incidents in the Bermuda Triangle in the last two decades, given that the Bermuda Triangle covers an area of up to 1,510,000 square miles, depending on who's defining it.
When you consider the fact that this is a heavily-trafficked region of sea and air with a large number of ships and aircraft that passing through on a regular basis, it's even less astounding.
In fact, Larry Kusche, the author of 'The Bermuda Triangle Mystery: Solved' said that the number of ships and aircraft reported missing in the area was not significantly greater, proportionally speaking, than in any other part of the ocean.
The waters in this part of the world is also regularly troubled by cyclones. Even with the increased risk from storms in the triangle, a 2013 study conducted by the World Wide Fund for Nature identified the world's 10 most dangerous waters for shipping, but the Bermuda Triangle was not among them.
Even marine insurance companies don't charge a higher premium to ships passing through the region as they haven't determined that an unusually large numbers of ships have run into trouble there.