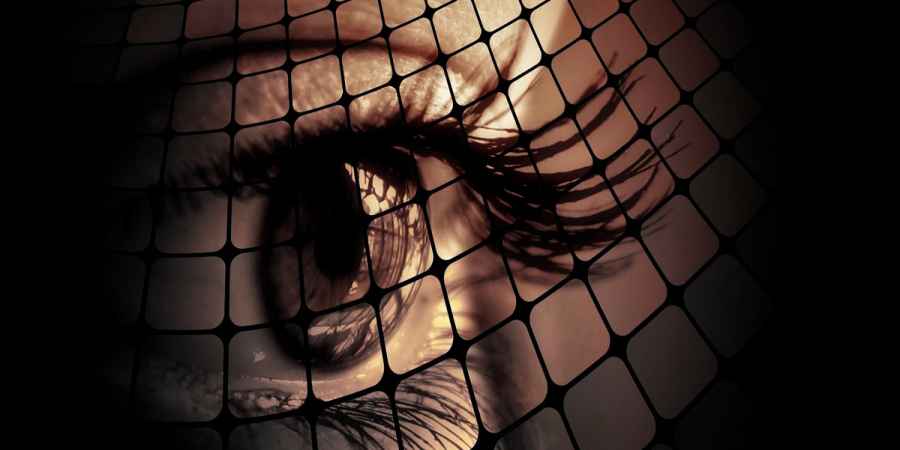 Photo: pixabay.com
Pareidolia is one of those paranormal buzz words that many ghost hunters will be, or should be, familiar with. Pareidolia describes our subconscious tendency to perceive meaningful patterns in random information, this can be visual or audible.
It's the reason why we see the man in the moon, the face on Mars and Jesus on a piece of toast or hear eerie voices in records that are played backwards.
Psychologist and author Steven Pinker has explained in a video for BBC Radio 4 why it is that we are so prone to seeing meaningful patterns in randomness and why that can be a problem. Of course, in the world of the paranormal it can lead people to mistake normal things for ghosts.
Steven starts by describing the birthday paradox and the mind-blowing mathematical likelihood that if you go to a party, someone there will share your same birthday.
He says, "imagine you're at a party, there are a couple of dozen guests, what are the chances that two of them will have the same birthday? The answer is, better than even. If the party had 60 guests, then chances would be greater than 99%."
As explained in the video, this is an example of how we are often too impressed by coincidences, because we forget about how many ways there are for coincidences to occur.
The video, entitled 'Why We See Patterns In Randomness: And Why This Can Be A Problem', mostly talks about how to avoid falling for the "gambler’s fallacy". As the psychologist explains, this is where there's a tendency to think that because the roulette wheel has landed on red six times in a row, it's due for a black. Steven says, "of course, the roulette wheel doesn't have a memory and a desire to play fair."
However, being able to look past seemingly meaningful connections between completely unrelated things and identify these happenings as coincidence is beneficial in the world of paranormal investigation.
Steven says, "when we hallucinate things that aren't there, we can make foolish decisions. We can imagine that there are conspiracies because several bad things happen in a row. We can believe in malevolent deities because we underestimate how easy it is for misfortunes to cluster."
The psychologist continued, "the whole point of having a brain is to figure out what's going on in the world. That's a useful thing in a natural environment, because we don't have a direct wire from our brain to reality, we're always interpreting patterns. We see shapes hidden, partly obscured by leaves, we see fish under the surface of the water, we always go beyond the information given. But it does mean that we can overshoot and interpret things that aren't actually there. Not just in the realm of visual shapes, but in the realm of events."
This is also very relevant to the world of mediumship, Steven says, "it's a fallacy that we are all prone to, it's why we are often impressed by psychics and soothsayers whose predictions are amazingly accurate, after they've occurred, we tend to forget all the false predictions."
He says that it is for the reason that we're all vulnerable to fallacies that fact checking and balance is so important. He says this is important because it means that "one person's mistaken first impression, their illusory snap judgement, can be spotted by someone else, and the community as a whole implements the most reasoned decision."
Tags:
scienceparanormal