A survey has revealed that the majority of trick-or-treaters work under the assumption that the more effort you put in to your costume the more treats you get. 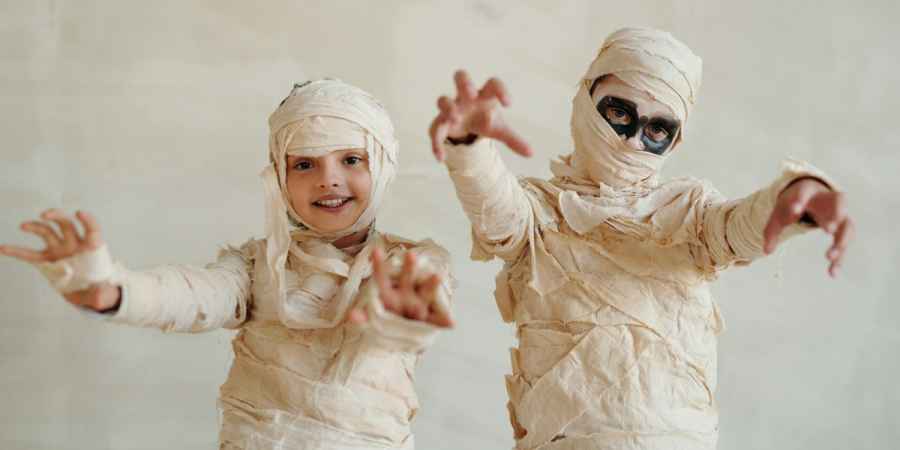 Photo: © Pexels
If you want the most candy this trick-or-treat season, make sure your costume is creative, as three in five believe that creative costumes garner more candy.
That's according to a new poll of 2,000 parents which revealed that scary and pop culture-themed costume wearers also tend to fill up candy bags faster.
So it's no surprise that kids are asking for classic costumes such as pirates and vampires (41%), scary (41%), superheroes and villains (39%) and pop culture (39%).
But that doesn't mean they aren't getting creative? When asked about the weirdest costume their child has asked for, respondents said, "chicken nuggets," "a blue tarantula," and "a green bean."
Conducted by OnePoll on behalf of HI-CHEW, the survey sought to uncover how parents are taking the spooky and sweet to create a memorable Halloween experience for their children.
While parents are more likely to purchase their child's costume than make them themselves, there are some perks to DIYing. Almost half would opt for a DIY costume because it gives them a chance to be more creative and 40% would do so because they have fun creating them.
More than half of respondents frequently dress up with their child for Halloween, and almost seven in 10 are likely to "candy proof" their child's costume by making sure masks are easily removable and their makeup won’t smudge.
Kids are looking forward to getting chocolatey (59%), sweet (53%), fruity (45%) and chewy (42%) candy the most this Halloween.
42% of parents also believe that their child eats more candy during Halloween than other candy-themed holidays such as Valentine's Day or Easter. In fact, parents believe that during the Halloween season, their child gets about four pounds of candy, with almost eight in 10 saying they envy their child's haul.
"Halloween and trick-or-treating is all about dressing up, eating candy and family fun," said Teruhiro Kawabe (Terry), President and Chief Executive Officer of Morinaga America, Inc. "Costumes are a great way for kids to express their personalities and can also lead to more treats to indulge in!"
55% of parents secretly wish they could still go trick-or-treating themselves, but when asked how Halloween has changed since they were a kid, 44% cited that there were more opportunities and events for their child to get candy. Similarly, 41% said they have more fun watching their kid celebrate.
When trick-or-treating, parents have to take an average of about three trips back home to empty out their child’s candy bag, but in the end, it will only take about seven days for kids to finish eating their entire haul.
"Halloween candy is an essential part of the holiday," said Kawabe. "It's what keeps kids smiling, no matter how big the haul, and truly keeps the Halloween spirit alive."
Tags:
halloweentopicalhalloween 2022