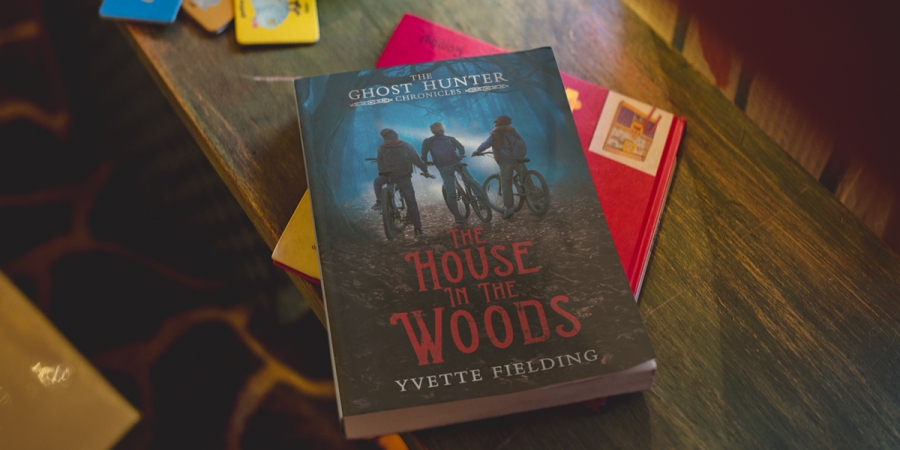 There's far more than you'd expect in 'The House In The Woods'... ghosts, wartime secrets, and of course plenty of scares. Television ghost hunter, Yvette Fielding, brings the spooks in the first book in her new series for children, 'The Ghost Hunter Chronicles'.
Launching the series is 'The House In The Woods', which is available to pre-order now and will be released on October 7, 2021. Get ready for an adventure packed full of ghosts and secrets to uncover aimed at brave kids and young adults aged 11 and up.
Yvette has drawn on her 20-year career in the paranormal field to make the frights in this book as chilling as possible. She said, "most of the things that Clovis, Tom and Eve experience of the supernatural kind is similar to what I've experienced whilst investigating the paranormal." 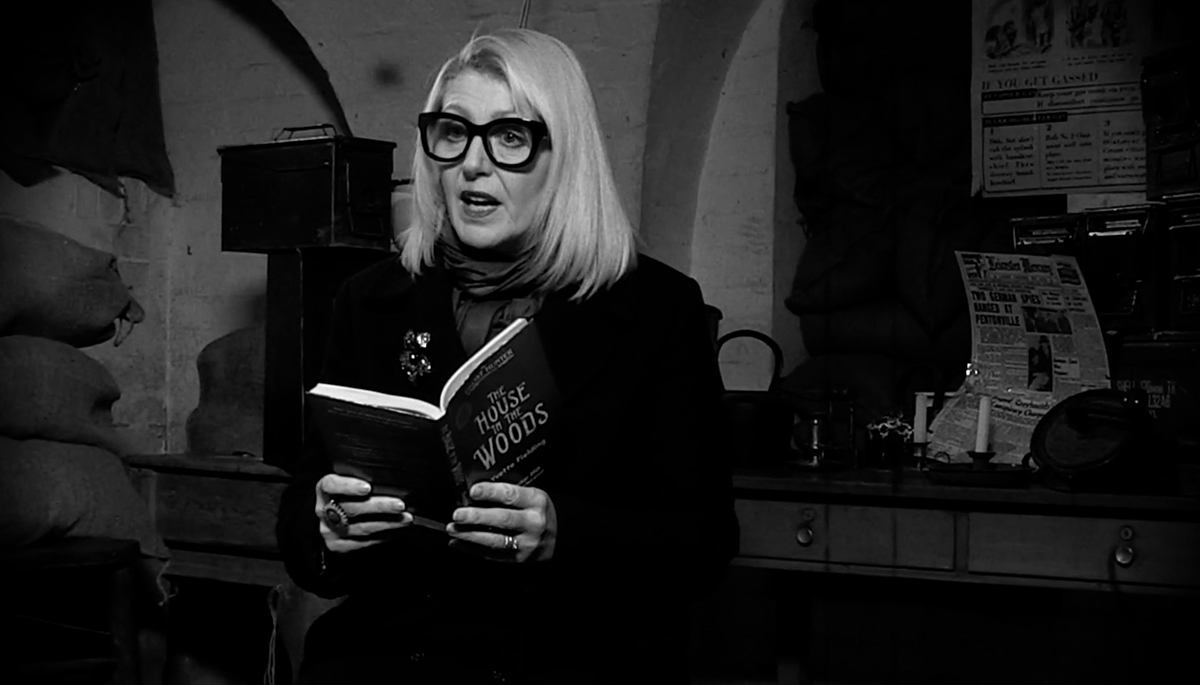 The book is a fun read, even as a grown up, as it contains just the right amount of adventure, mixed with scares and a dash of humour. Yvette has successfully mixed the quintessential quirky Britishness of franchises like 'Harry Potter' and 'Doctor Who' with a supernatural adventure, the likes of which you'd find in Netflix's 'Stranger Things'.
For the first few chapters, it's hard not to compare the book with Yvette's previous release, 'Archie The Ghost Hunter And The Rising'. The style of the books are the same, with characters of a similar age and an underlying ghost hunting theme, but as this completely new story swings in to action, 'The Ghost Hunter Chronicles' becomes a fantasy world of its own.
Yvette gave fans their first taste of the book in an online reading, which set the tone of the story as she read several pages from the book that describe a terrifying spectral encounter.

'The Ghost Hunter Chronicles: The House In The Woods' tells the story of three school friends, Eve Proud, Tom Lake, and Clovis Gayle who attend St. Saviour's High School in East London.
Like the 'Most Haunted' team, each of the child characters in Yvette's book has a different approach to their exploration of the paranormal world. Eve is the curious one, Tom is cautious but openminded, and Clovis is the brains of the outfit - he's the logical thinker, the smart one, but then he does blog about the paranormal and we're always the smart ones!
We meet the gang as they venture to an abandoned house in the middle of Epping Forest on Halloween night to use a Ouija board for their very first time. But what starts out as three 13-year-olds trying to have a spooky night of fun on Halloween transcends into something much more sinister when the gang unleash a distressed spirit that follows them home and begins haunting the three of them.
These terrifying encounters include paranormal phenomena rooted in the case files of some of the most famous hauntings of all time, something Yvette knows all about. The kids experience poltergeist activity, the electrokinetic manipulation of household devices like phones and a television, furniture moves, objects appear from nowhere, spontaneous writing appears on a table, and perhaps most terrifying of all - the kids witness shadow figures and full-torso apparitions.
Caught up in a series of supernatural events beyond their wildest imaginings and, at times, worst nightmares, the friends call on Eve's Uncle Rufus for help. He just happens to be a professor with a keen interest in the paranormal.
The Professor is an avid inventor who shuns modern technology to build almost steampunk-like devices inspired by the Victorian era when spiritualism and communicating with the deceased was at its peak.
Yvette's knowledge of the paranormal clearly shines through in this book. The story gently introduces the reader to real-life supernatural concepts with just a pinch of fantasy mixed in for good measure, like the crown jewell of the Professor's attic lab, Messenger One - a machine that he built from a bathtub, copper antennas, crystals and gramophone horns that allows two-way communication with ghosts.
My favourite of the Professor's inventions is a communication board, like an electronic Ouija board but based on a method of spirit communication used by Yvette and the team on television. It converts the phenomenon of ghostly knocks and rapping in to words and phrases. 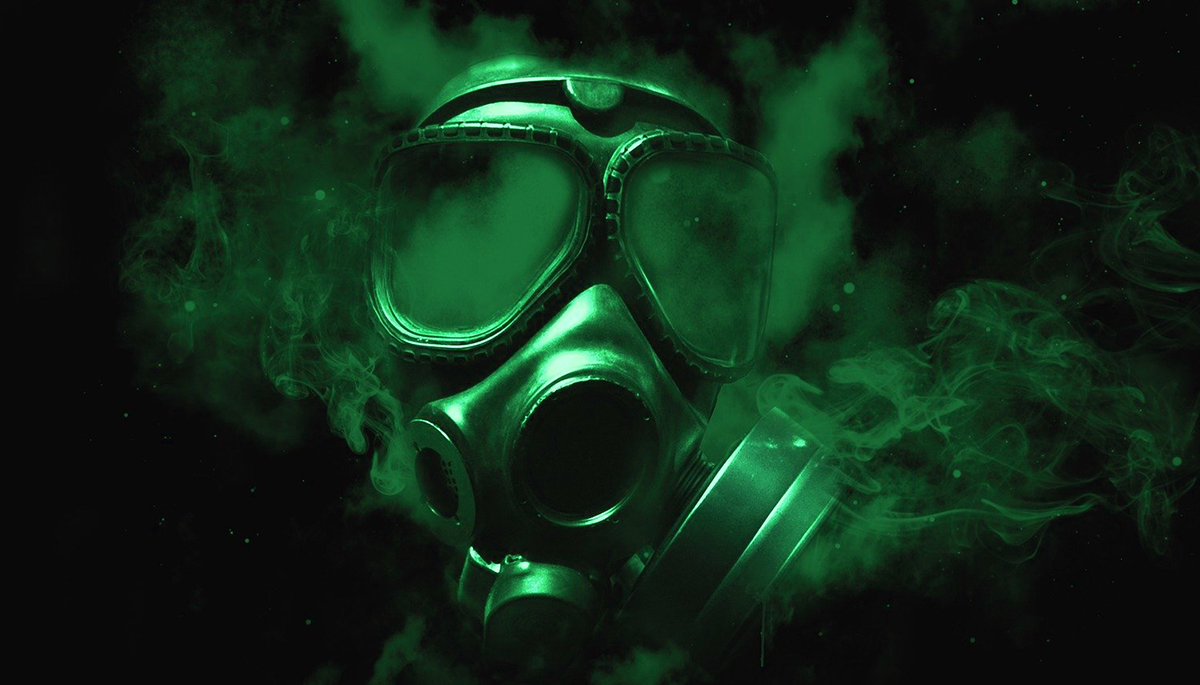 Photo: pixabay.com
By the age of 11, my own love of the paranormal had given me an appetite for ghost stories and supernatural movies. So although this book can be a little bit scary in places, any kid who is fascinated by ghosts will love 'The Ghost Hunter Chronicles'.
It's clear that the book is going to be dark from the first chapter when we meet the kids in a creepy haunted graveyard, where they encounter the ghost of a serial killer. From here there's mentions of occult practices, paranormal concepts and dark topics, including references to Paganism, shadow figures, stone tape theory and of course terrifying Nazi ghosts from World War II.
It's a lot for a group of teenagers to tackle on their first ever ghost hunt, but undeterred they pile into Uncle Rufus' red classic Mini along with his often-farting bulldog, Boris. They head back to the house in the woods with hope of putting an end to their hauntings.
They're armed with just a torch and a tool popular with real-life ghost hunters, an EMF meter, these devices detect changes in the ambient electromagnetic field and indicate this by flashing an array of coloured lights.
They were also tooled up with a couple of the Professor's own inventions, including a very cool EVP watch - a small gadget the kids could wear on their wrists that records spirit voices, a method of communication known as EVP, or electronic voice phenomenon.
As well as their audio recorders, the gang are equipped with GoPro cameras so they can attempt to capture their evidence like any true ghost hunter always aims to.
Often the endings of ghost stories are anticlimactic and unimaginative. More often than not it involves the protagonists running away from a haunted house as a big ghostly entity is sucked back through a portal and the house crumbles behind them.
Refreshingly that's not the case with 'The House In The Woods'. There is a purpose to the teens' adventure and more importantly their investigation has a resolution - they uncover and secure a secret which had the potential to change the world had it ever fallen into the wrong hands.
As the book's title suggests, 'House In The Woods' isn't going to be the last we've heard from 'The Ghost Hunter Chronicles', the kids' adventures continue in a second book in the series which is due to be published in 2022.
You can pre-order your copy of 'House In The Woods' now before the book's release on October 7, 2021
Add A Comment
Tags:
most hauntedbookstopicalparanormal