How To Activate A DJI Osmo Pocket Without A Smartphone 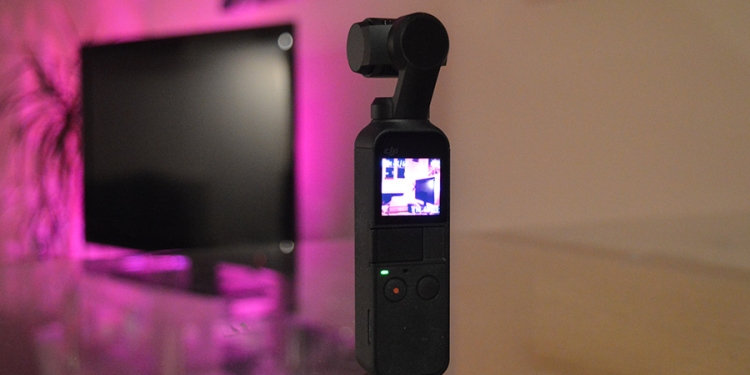 An annoying quirk of DJI's latest gadget is the need to activate it before use via a smartphone. Sadly, it's not actually possible to activate a DJI Osmo Pocket without a smart phone all together, but your options aren't as limited as you might initially think. You can in fact activate the camera on an iPad and many more Android phones than officially stated, even if they have micro-USB connections.
DJI's new pocket-sized gimbal-mounted camera is an impressive piece of kit. Not only does it shoot crisp 4k video at 60 frames per second, but it also uses its clever stabilisation technology to make videos super smooth. All from a device that comes at a great price and that genuinely fits in your pocket.
The camera was released in December 2017 and straight away customers started complaining about one odd little restriction with the camera, which may make you think twice about buying one. Although the device works as a standalone camera, DJI have for some reason made the decision to force users to activate the camera using a mobile phone before it can be operated.
Not only is this odd, as you'd never have to activate a Canon or Nikon or any other camera, but it's also a potential sticking point for many looking to purchase the camera because their model of phone isn't supported by the DJI app.
The official word from DJI is that their Mimo app, which is needed to activate the device, is compatible with any iOS phone from iPhone 6 and onwards. iPads aren't listed as being compatible and there is no tablet version of Mimo available on the Apple App store. However, the iPhone version can be installed on a newer iPad and can be used to activate the camera. It should be noted that the iPad will interfere with the camera's gimbal if used during filming, but a phone or tablet isn't required for operation anyway after activation, it just offers the optional advantage of a bigger screen than the small square screen on the camera.
For Android users things are a little more complicated. Despite the fact there are hundreds of Android phones on the market, DJI only lists 16 as compatible phones. The Mimo app is available to download to any Android phone with a software version of 5.0 or later.
Although DJI only list a small selection of handsets, any Android phone with a USB-C connector *should* be good enough to activate the device. There are plenty of examples online of people using other makes and models of phone to activate their Osmo Pocket.
Presumably this list is purely a list of phones that DJI have tested the app on and guarantee that it will work on, whereas the reality is, it will work on other devices.
However, the strangest decision made by DJI is to only provide an iPhone lightning and USB-C connection, which means that anyone who has an Android phone with a micro-USB connection won't be able to activate their camera straight out of the box.
The lack of a micro-USB connector has been the most frustrating oversight with this new DJI camera as new phones have been released in the last 12 months that have a micro rather than type-C. So, micro-USB clearly needs to be supported by DJI's product range. 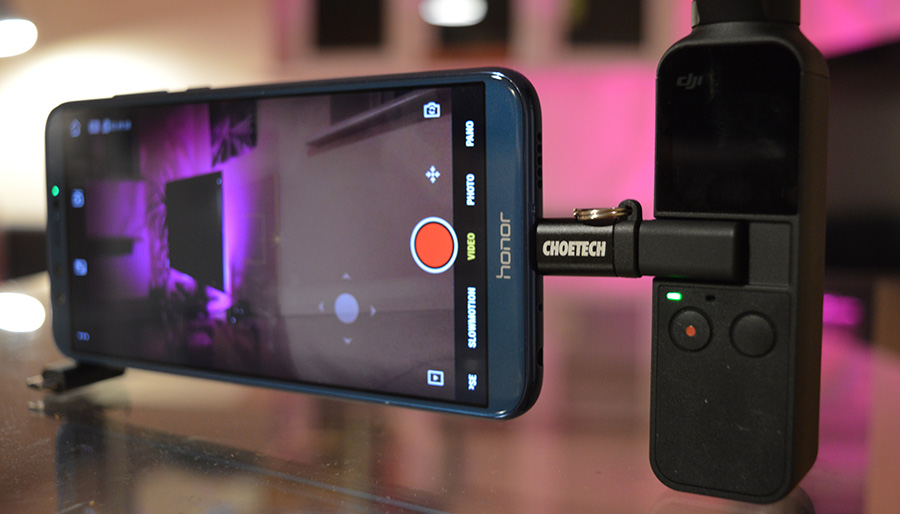 The good news is, if you're willing to take a gamble using your phone that's not on the compatibility list and doesn't have USB-C, you can use an adapter to activate your camera.
You'll need a female USB-C to male micro-USB, which you can buy online for just a few pounds and there's a good chance it will allow you to activate your device. Several Android users have shared their success stories online and we were able to test the activation process, which is incredibly easy, with an Honor 9 Lite. Although this phone is one of the cheapest Android phones on the market, it's more than capable of running the Mimo app.
In reality it's not much of a gamble. If you buy a DJI Osmo Pocket and find that it can't be activated using your phone for whatever reason, you can always ask to borrow a friend's phone to activate the device. It only takes a couple of minutes and once the camera is activated you won't need a phone connection again.

This adapter can be used to convert the Osmo Pocket's type-C connecter to a micro-USB, making the device compatible with a wider range of phones.

The key ring attached to the adapter is a big plus as once DJI's tiny and easy to lose type-C connecter is snugly pushed into the adapter, both can be kept safe by attaching it to your keys.

The adapter is hot-swappable and requires no drivers or software installations.

How do you capture moments worth keeping? As the smallest 3-axis stabilized handheld camera DJI has ever designed, the compact and intelligent Osmo Pocket turns any moment into a cinematic memory. In just seconds, Osmo Pocket lets you share your life anywhere, anytime.