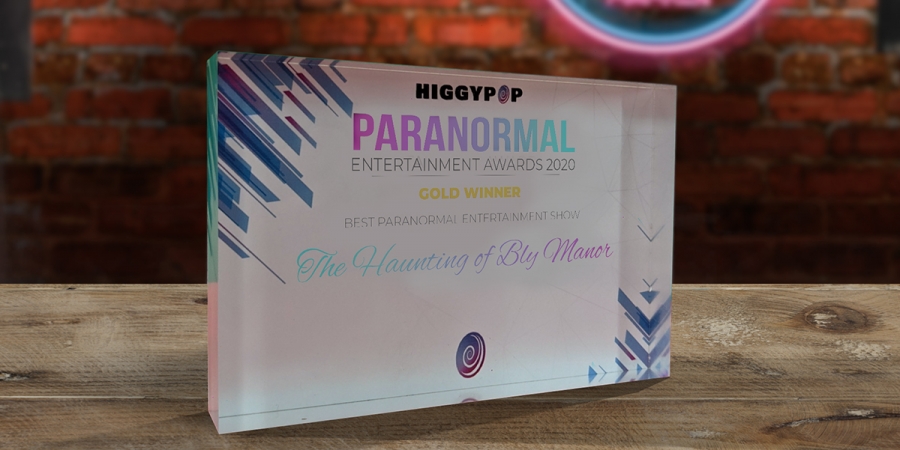 My name is Steve, I run Higgypop.com and pretty much single-handedly put on the Paranormal Entertainment Awards each year. The one question I'm being asked a lot at the moment is "are you hosting your awards this year?"
The Paranormal Entertainment Awards have gone from strength to strength since being launched in 2018. We've judged over 1,000 teams, individuals and shows and received almost 200,000 votes on shortlists that included some of the most popular paranormal reality television shows and the biggest supernatural movies, as well as the best paranormal investigators and the podcasts that caused a stir in the paranormal world.
Over the last few years, nominations for the awards have opened in October with public votes and the winners announcement spread across the next two months. With October fast approaching, I can tell you that there isn't going to be any awards this year.
The reason why isn't a simple one. It's partly down to the awards year being quieter than usual due to coronavirus, but also due to lessons learnt by the pandemic. We've all missed out on so much over the last couple of years, and the awards are so much work that a few other factors have pushed me to the conclusion that there's other things I'd rather be doing with my time.
2020 was a tough year for everyone, but also the toughest awards year so far. Every day I was bombarded with messages from nominees and even fans of shows and teams nominated complaining about the competition in their categories. There were complaints about everything from their eligibility, how they talked publicly about the awards and even how they celebrated a win.
Despite the fact that most people enjoy following and voting in the awards, you can't please everyone. We've learnt this in previous years, but because of the unprecedented situation we were in last year, I was forced to re-evaluate my time and efforts.
In the seven weeks running up to last year's awards I had a close family member in an intensive care ward with COVID-19. Sadly, the day after the winners were announced, this battle against the virus was lost and my family experienced a huge loss.
While all this personal worry and upset was going on, I was trying to remain professional and listen and take note of the concerns of those messaging, which continued regularly for several days after the event ended. It all combined to become a devastating and stressful end to a terrible year.
As we moved into 2021, things didn't get much better for any of us, with more lockdowns and restrictions in place. Over the last few months, things have started to get back to some kind of normality, and I've been making the most of life and trying to make up for what I missed out on over the previous year and a half.
I know the overwhelming majority of people who engage with our annual paranormal awards enjoy them and feel they contribute in a positive way to the paranormal community, but it's with a sense of regret, and a little relief, that I say that there will be no Paranormal Entertainment Awards in 2021.
If 2020 taught us anything, it's that life is short. Looking back at 2020 and especially the awards period, the conclusion I've come to is that there are better ways to spend my time. The awards are a lot of work, made even more time consuming by the constant stream of messages, both supportive and critical.
I'm not saying this is the end of the awards forever, but since the paranormal industry was mostly shutdown for the tail end of 2020 and the start of 2021, there's very little that's actually eligible for this year's awards anyway.
Although there will be no awards this year, we've always got our eye on the paranormal community and we've already put together some features on some of the best teams and content of 2021, with the absence of the awards this year we will be pushing more of this 'best of 2021' content into our end of year content schedule.