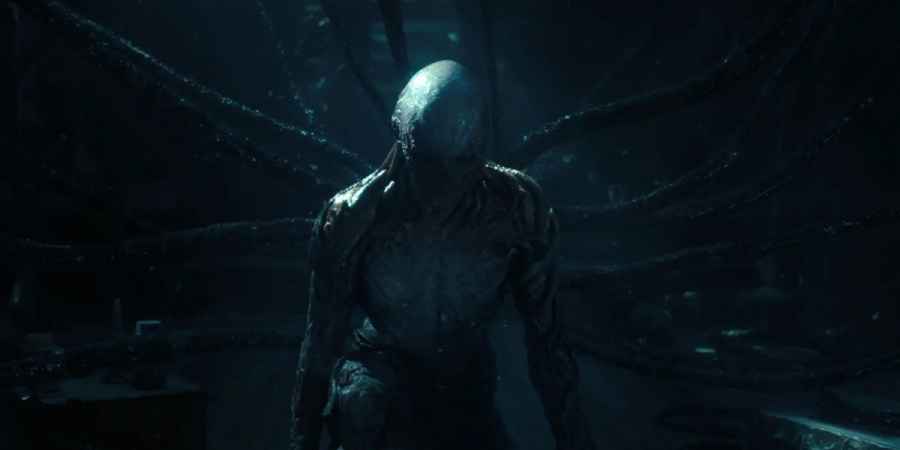 Photo: © Netflix
Made it to episode two in your Stranger Things 4 journey yet? There's nine new episodes to work through, but how much can you remember about the new season's second episode, 'Vecna's Curse'? Test your knowledge with this tricky Stranger Things season four trivia quiz.
A plane brings Mike to California — and a dead body brings Hawkins to a halt. Nancy goes looking for leads. A shaken Eddie tells the gang what he saw.

2. What gift did Mike give to Eleven upon arriving in Lenora?

3. Which of these activities was NOT included in Eleven's itinerary for Mike when he arrived in Lenora?

4. What film does Robin want Steve to watch as the "morning movie?"

5. At which season one location have the Hawkins basketball team set up their clubhouse in?

6. What is the name of the new chief of police in Hawkins?

7. Which infamous serial killer did Max liken Eddie too?

8. The note that was sent to Joyce is signed with what name?

9. What do the Russians called the gas mask they put on Hopper?

10. What colour are the socks Mike buys at Rink-O-Matic?

11. What does Mike liken his rollerskating skills to?

12. Which iconic 80s horror movie character can be seen in the form of a cardboard cutout stood just inside the door of Family Video?

13. Which song plays when Eleven is humiliated in the middle of Rink-O-Mania?

14. What flavour milkshake does Angela's friend throw over Eleven?

15. At which business in Alaska did the Russian informant tell Joyce to take $40,000 to?

16. Which classic toy can be seen on the counter at Family Video while the gang talk about tracking down Reefer Rick?

17. Who does Wayne Munson name as the killed of Chrissy?

18. When talking about the killer, Wayne references which movie killer?

19. What does Fred find in the forest near Eddie's trailer?

20. What did Eleven hit Angela in the face with?