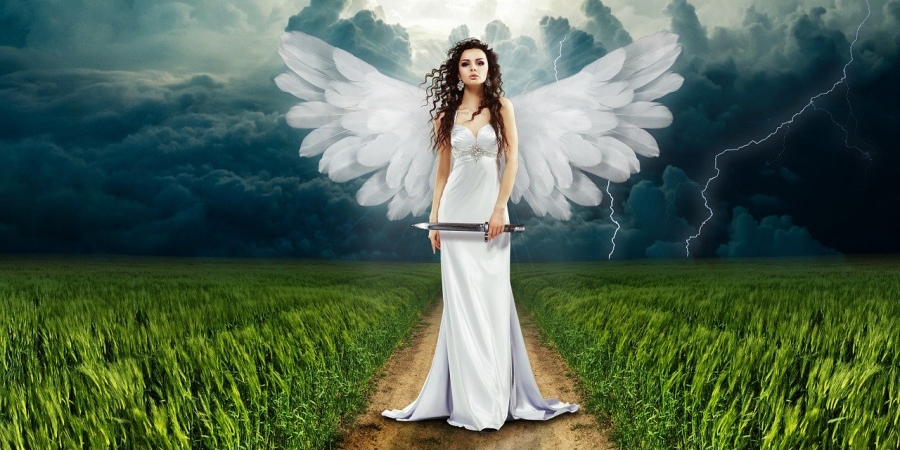 Photo: pixabay.com
You may have noticed #AngelNumber trending over night as a new craze swept across Twitter which resulted in hundreds of thousands of people turning to Google to calculate angel numbers.
The original tweet that started the trend told people to look at the current time at the moment when they saw the tweet in their timeline and then search Google for "angel number + current". So for example, right now I would search for "angel number 831" as it is 31 minutes past eight in the morning.
Those trying it would then be presented with some information on the number they entered as an angel number. Hundreds of thousands of people then screen grabbed the Google result and posted it back on Twitter, which caused the trend to grow exponentially.

The angel number 831 is the most spiritual of all angel numbers and might be shown to you at a time in your life when you are most focused on spirituality. Your needs for growth and expansion are perhaps best satisfied when you are working to help raise mankind to a higher spiritual level. Teaching what you have learned in your experiences is a fine road to soul growth.
Angel numbers are most commonly short recurring sequences of one particular number that you keep seeing over and over again to the point where they stand out as being meaningful. The numbers usually appear in groups of two, three or four, such as 11, 222, 3333.
Your own angel number is determined by either your date of birth or it's simply a number that you keep seeing over and over again more frequently than any other. So for many simply using the time they'd seen a tweet wasn't the best way to determine what their number was. If you want to know yours, you can calculate your angel number here.
Despite this method being an inaccurate one, so many people tried the method that it became a top trend on Twitter and Google saw a huge rise in the number of people searching for the term "angel number".

Data from Google clearly shows a sharp rise in people searching for angel numbers over the last few hours and even tells us what the most common time people searched for was.
The data shows that times between 8:30 and 1:00 were the most popular times to search for an angel number, but of course this simply ties in with the time the trend reached its peak popularity.
The original tweet that started it all came from a fairly small unknown account, but the tweet went on to receive almost 1,000 re-tweets within 24 hours, despite being pretty badly written.
The instructions in the original tweet simply read, "if you saw this twt, look at your current time then search to google 'angel number + (the time u saw this)'".
Although the trend was most noticeable on Twitter, it actually started on Facebook a few hours before, but since Facebook posts are only visible to friends in most cases, it's hard to find the original post that started it all.
But many replied criticising the method as it's not a very traditional way of checking your angel number and is also limited. For example, this method wouldn't allow someone to be assigned the angel number 888 or 999, which are actually very common ones.
Other Twitter users joined the conversation and advised those interested in calculating their angel number to use a calculator like our Angel Number Calculator.
Tags:
psychicsnumerology