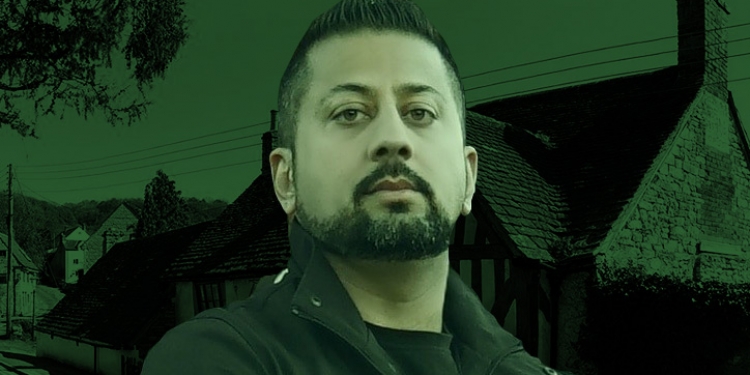 Ghost hunter, Barri Ghai seems brave enough on television when he's surrounded by the rest of the 'Help! My House Is Haunted' team, but how do you think he'd cope ALONE for the night in Britain's most haunt inn?
The charity investigation is being held in December in aid of Action on Elder Abuse - a charity that is close to the heart of The Ram's owner, Caroline Humphries. The organisation work to challenge and prevent the abuse of older people, by raising awareness of abuse of all those working with or having a responsibility for adults at risk of abuse.
The night-long investigation will see the professional paranormal investigator and TV presenter pushed out of his comfort zone as he embarks on a solo investigation of the infamous Ancient Ram Inn. The charity ghost hunt will only happen if Barri hits his fund raising target of £650.
If you'd like to see how Barri handles a night alone in this foreboding building, then he's urging fans to help him reach his target by donating what they can afford via the event's Go Fund Me page. 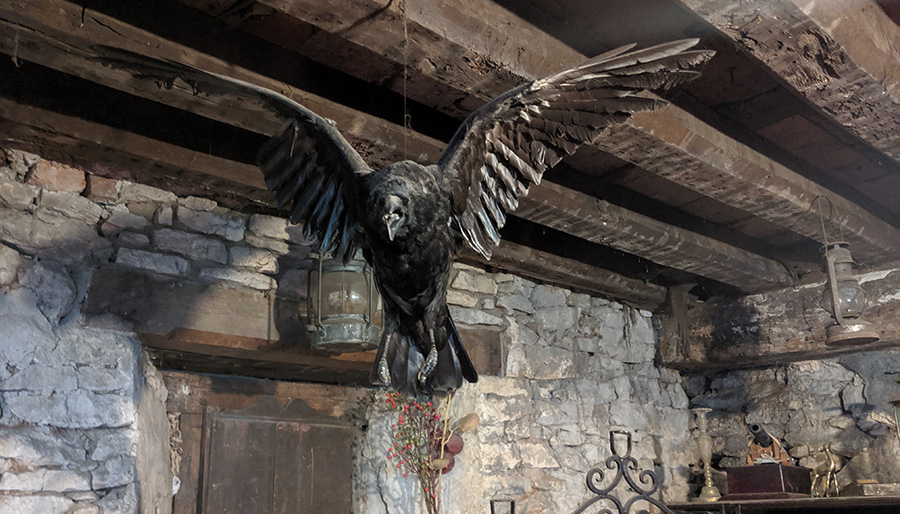 It could be a real nightmare before Christmas for Barri if he successfully manages to hit the £650 target before the investigation is due to take place on December 20th. You'll be able to watch the entire nightmare investigation, as it will be streamed live on Barri's official Facebook page.
Barri says, "you might be thinking 'well that's your job, so surely a walk in the park for you'. Well, yes and no... I don't investigate haunted places alone, so this will be a challenge and potentially dangerous."
With your support, Barri will spend the entire night alone at the former inn. Since closing the Grade II listed building in Wotton-under-Edge as been investigated by and terrified some of the most hardened paranormal investigators from across the country and around the world.
The Ram has a huge list of reported paranormal activity to its name. Some of the most commonly reported activity includes highly localised cold spots, temperature drops and unexplained icy blasts of air.
There's also activity in the form of light anomalies seen with the naked eye and caught on camera. Doors are said to slam on their own, footsteps are frequently heard, furniture is heard sliding around and mysterious knocking is witnessed.
You might be thinking that after a scary night of ghost hunting, Barri might try to get some sleep in one of the inn's haunted bedrooms, but one of the inn's most sinister spooks is said to be a demonic entity that disturbs their victims while they sleep in order to seduce and have their wicked way with them.
An incubus is a male demon that preys on women, while a succubus is its female counterpart. There's a bit of confusion as to whether the demon at the Ram is an incubus or a succubus - but maybe Barri will find out if he tries to get a bit of shut-eye in the early hours of the morning.
Ahead of the charity ghost hunt, the second series of 'Help! My House Is Haunted' starts on the Really channel in November as part of their bigger and better #Freakend event, which will bring viewers two nights of paranormal shows every week.
To support Barri and his fundraising venture to support Action on Elder Abuse, head over to Go Fund Me now, where any donations will be hugely appreciated, click here to donate.
Tags:
paranormaltopicalgloucestershirecharitythe ancient ram innhelp my house is haunted