List Of 'Help! My House Is Haunted' Episodes & Locations 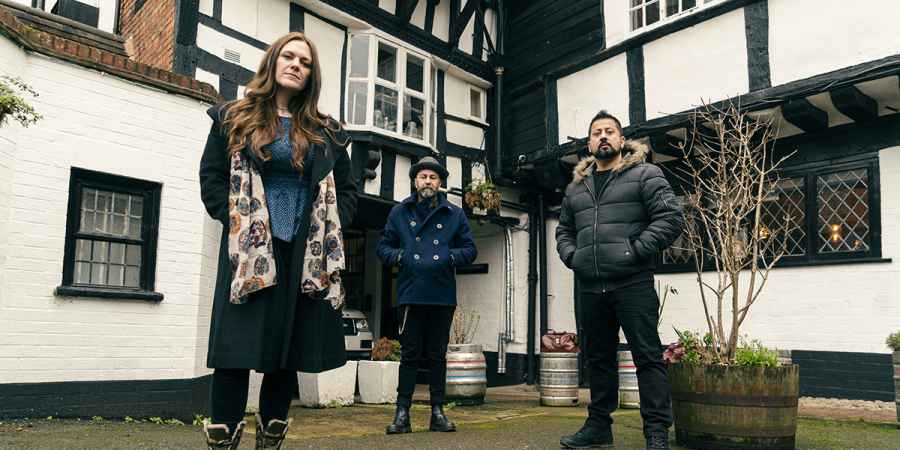 In 'Help! My House Is Haunted' a team of three paranormal experts travel the UK from castles in the highlands of Scotland to small seaside towns on England's south coast, experiencing everything from the terrifying to the surreal. They aim to help families living in haunted homes, using the latest technology to try to capture never before seen proof of the paranormal.
The team consists of Barri Ghai, the show's tech expert and longest serving member. He's been joined by self-styled "ghostorian", Jayne Harris, since the show's second series when she took over from Parisian truth seeker, Sandy Lakdar. Plus the team's newest member, resident psychic medium, Ian Lawman, who joined the show for its third series after world renowned psychic Chris Fleming, who appeared in the first two series, was unable to travel to the UK for the filming of the third due to the pandemic.
After a successful first-series run, it was announced in April 2019 that a second series was in production and due to air on Really in November of that year, this was followed by a third series in the summer of 2021, which initially premiered on the streaming service, Discovery+, with plans to show it on Really later in the year.
Below is a complete list of episodes of 'Help! My House Is Haunted', as well as details of the locations that the visited in each.

Help! My House Is Haunted News

October 13, 2021'Help! My House Is Haunted' Series 3 Coming To Really Channel This Halloween

August 26, 2021'Help! My House Is Haunted' Set To Return For Series Of Celeb Specials

August 25, 2021EVPs All Round At Barri Ghai's Lock In At A Haunted Somerset Pub

June 04, 2021Ian Lawman Tells Us What To Expect From Series Three Of 'Help! My House Is Haunted'

January 22, 2020What I Learnt At Barri Ghai's EVP Masterclass