'Help! My House Is Haunted' Set To Return For Series Of Celeb Specials 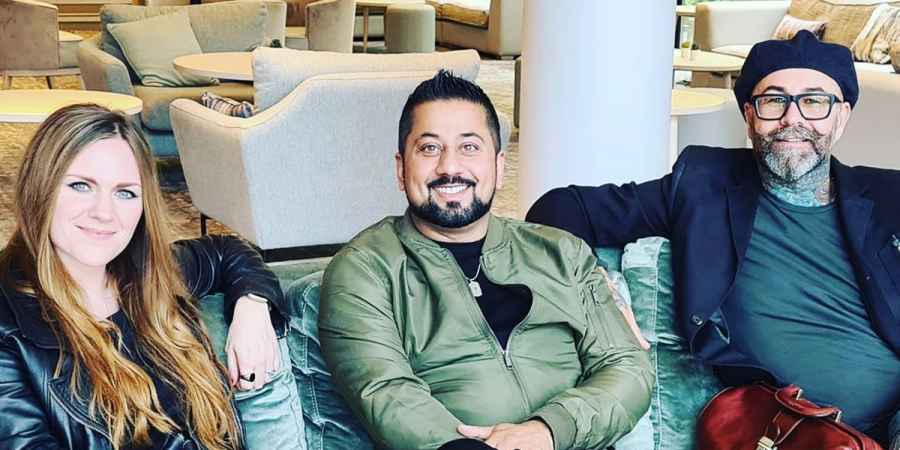 Photo: © Barri Ghai
Off the back of the successful third series of the British paranormal show, 'Help! My House Is Haunted', its stars have announced they are filming a new series at celebrity houses across the country.
Barri Ghai, Jayne Harris and Ian Lawman broke the news in a live stream on location while outside one of the celebrity homes that will feature in the spin-off series.
In the live stream, the show's newest team member, Ian told fans, "we've got some really exciting news for you this evening." You can re-watch the stream below.

Jayne then announced that filming has already commenced on 'Celebrity Help! My House Is Haunted'. She said, "we are back on the road with the 'Help! My House Is Haunted' crew." Barri added, "we're filming something extra special, we've got a celebrity version of the program for you."
The cast told fans to keep an eye on Discovery's social media pages for details of which celebrities will be joining them for six new paranormal investigations.
The team didn't give away any secrets in the live stream, but Barri promised fans "you're gonna have so much to look forward to, trust me on this one."
It's not yet known when the celebrity special will air, but it's likely to land first on Discovery+. Currently the show's most recent series is available to stream on Discovery+, but is likely to be shown on Discovery-owned Really channel later this year.

The celebrity series comes hot off the heels of series three, which saw the fearless team investigate everything from a house haunted by as many as 50 spirits, to a hotel where the ghost of a little girl name Gertie roams, plus plenty of phantom monks in between.
Discovery+ is fast becoming the home of paranormal television, not only can you stream all three series of 'Help! My House Is Haunted', but also other spooky favourites including boxsets of 'Ghost Adventures', 'The Holzer Files' and 'Paranormal Lockdown'.
Viewers can subscribe to Discovery+ Entertainment Pass directly via web or app purchase for a monthly fee of £4.99 with a 14 day free trial. A discounted annual fee of £29.99 is also available for a limited period after which time the annual cost will be £49.99. In Ireland the monthly fee will be €5.99 or discounted annual fee of €34.99.
Discovery+ is available free of charge to Sky Q customers for 12 months. Once the 12 months is over, Sky customers will be able to add Discovery+ directly to their bill.
Barri recently returned to a location from the second series of the show for a ghost hunting event with members of the public. He spent the night attempting to capture EVPs in Uncle Tom's Cabin in Somerset. The landlady of the haunted pub says paranormal activity has escalated in recent months. You can find out what Barri and his guests got up to here.