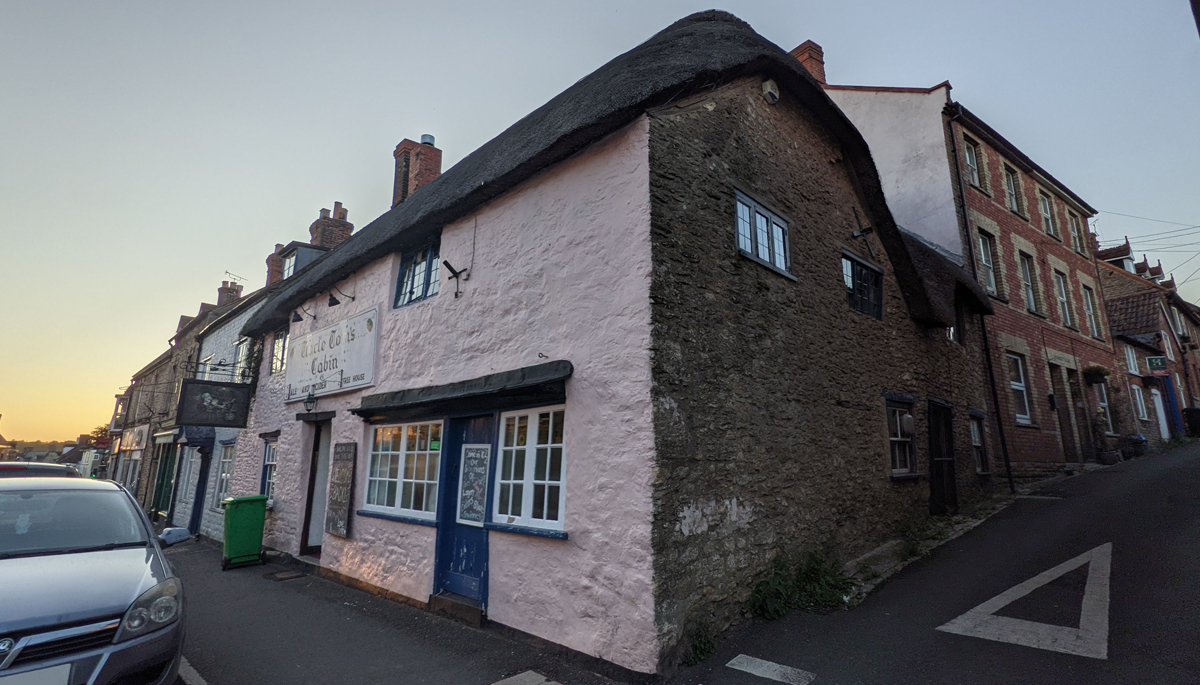 At the weekend I went to a haunted Somerset pub for a lock in with a difference, a public paranormal investigation event hosted by television ghost hunter, Barri Ghai, star of 'Help! My House Is Haunted'.
As time at the bar was called and the regulars made their way home, Barri and his guests moved into Uncle Tom's Cabin on the High Street of Wincanton for a night of paranormal investigation.
Barri is no stranger to the pub, the oldest in the town, as it featured in the second series of 'Help! My House Is Haunted'. The episode saw the pub being investigated by Barri and his fellow investigators Chris Fleming, and Jayne Harris for a night-long lockdown.
The pub is run by landlady, Melanie Marchie, who thinks the spirits of the building are responsible for frequent unexplained technical problems, objects moving of their own accord, and the disembodied sound of a child giggling. A photo of a ghostly girl has even been captured at the top of the stairs. this featured in the episode of 'Help!' and guided the team's investigation.
The episode proved to be an active one with a member of the team being locked in the toilets, numerous responses on ghost hunting gadgets, and several clear EVPs, making it one of the strongest episode in series two. The show ended with the team conducting a cleansing and blessing ritual in an attempt to clear the pub of all negative entities.
Despite their attempts to move the pub's haunts on, the landlady believes some have remained and that the pub has two new spirits since Barri's last visit. This meant Barri was keen to return for the first time since filming the episode there, and this time he was taking fans of the show with him. 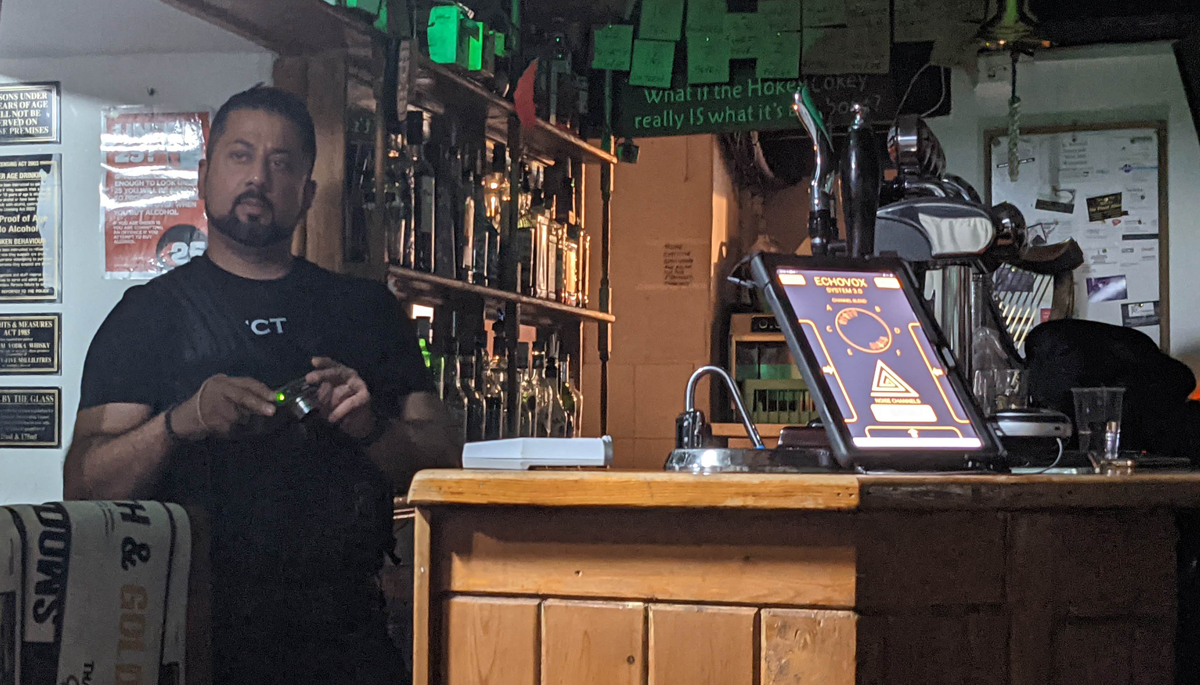 We were joined on the ghost hunt by landlady, Mel, who was able to tell us a little more about some of the more recent hauntings at the pub, which include sightings of a ghost of a young boy and guests being scratched by unseen hands.
The pub is spread across two rooms on the ground floor and two on the first floor, as well as a small cellar. As the location is relatively small, as was the number of guests, for most of the night we all stuck together and investigated as a group, lead by Barri and his team.
After a welcome and introduction to the location from Barri, we started our investigation in the main bar. Barri and his team set up various gadgets including a REM-Pod and K-II meters, but Barri's main tool was his Olympus VP-20 audio recorder which he uses to capture EVPs.
An EVP, or Electronic Voice Phenomenon, is a form of spirit communication that involves capturing the sound of spirit voices in audio recordings. Most of the evening revolved around capturing this type of supernatural sound, this is something Barri is passionate about and his preferred method of investigation.
Once we were all comfortably seated in the dark bar, Barri hit record and spoke aloud, "EVP recording one at Uncle Tom's Cabin, all the group are in the bar and we're carrying out our first EVP session of the night." He then continued to callout and encouraged any spirits present to respond. Speaking to one of the pub's ghosts, that of a little girl, Barri said, "Emily are you with us?" As soon as he did a K-II meter, which detects spikes in electromagnetic field strength lit up, some investigators believe this could indicate the presence of a spirit.
We then listened as Barri played back the audio he'd just recorded in the hopes we might have captured some voices in the silence. We repeated this a few more times in the bar area and each of the guests took it in turns to call out.
Barri then set up his tablet on the bar with a ghost hunting app called EchoVox running. This app is pre-loaded with the phonetic sounds that make up every English word. The app randomly spews out these sounds and it's believed that spirits can affect the random nature of this app in order to form the words they are trying to communicate.
He tells us, "it's very very good. I know a lot of people question the use of apps, but I've had some amazing success with them in recent months." Barri warns us that a lot of the sounds that come through will be random bits of sound, but says "what we're looking for is intelligent responses to questions." 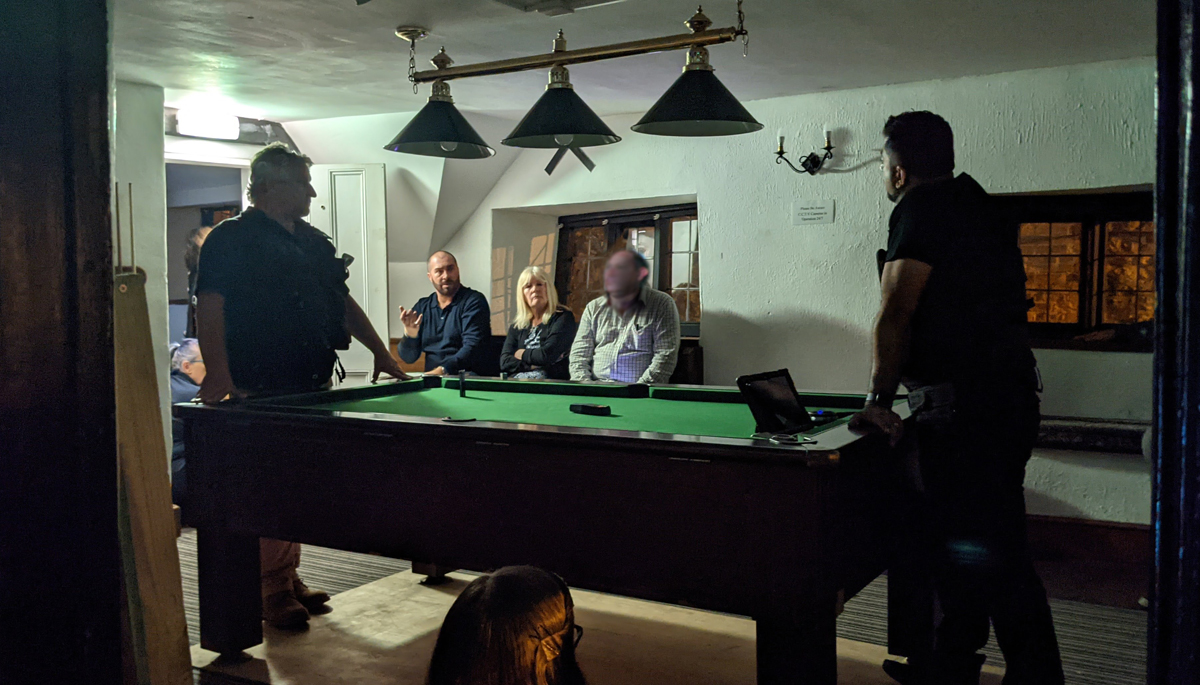 Later we investigated upstairs, a part of the historic pub which now houses a pool room, but was once a favourite spot of 'Discworld' author, Sir Terry Pratchett.
Here one of Barri's team took on a moor important role. Andy Moore is a medium and psychic artist who produces incredible sketches of the spirits he encounters during investigations, and in this part of the building he gained a few psychic insights into the spirits we might be dealing with and in an exercise with one of the guests, even help one of the spirit move on.
The night ended with an investigation in the creepy cellar. Because of its size only a few guests could fit in at any one time. It was in this part of the building in the episode of 'Help! My House Is Haunted' that the show's psychic medium, Chris, picked up on the presence of mischievous imps. 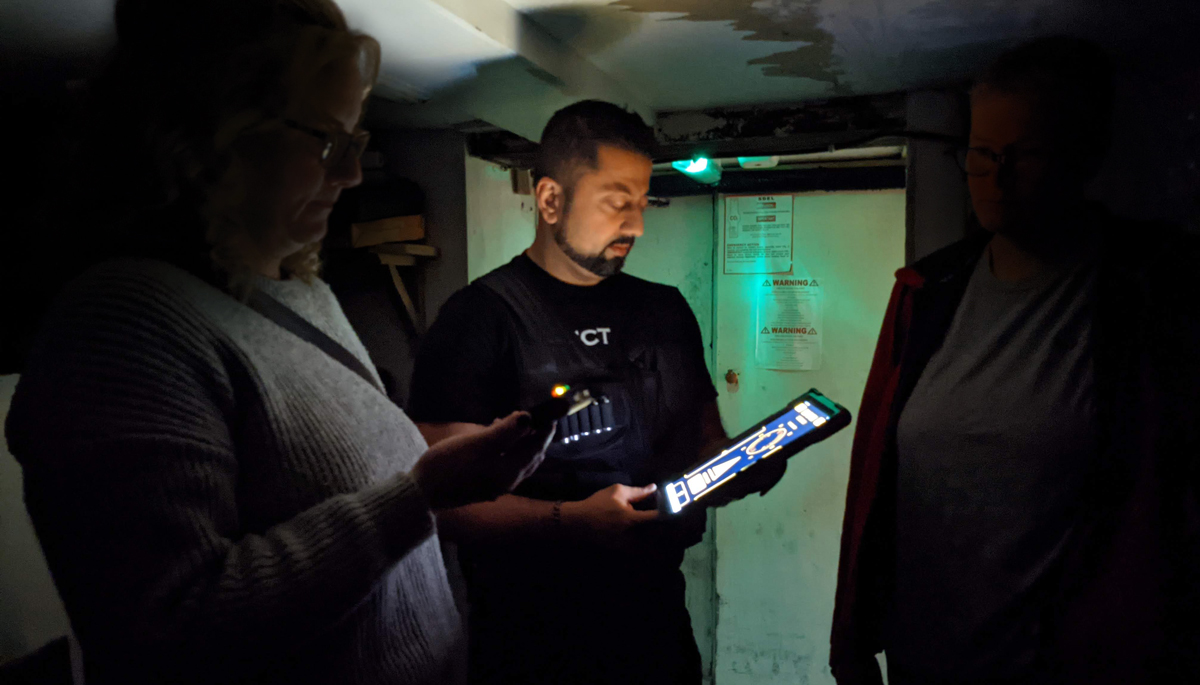 It was great to get the chance to investigate Uncle Tom's Cabin having seen it in the episode of 'Help! My House Is Haunted', especially since it was Barri's own event, so he was able to offer us first-hand insight on his experiences there while filming.
The night felt very organic and reactive to anything that was picked up on or captured, which meant as guests we weren't dragged away to another part of the building as things started to get interesting.
It's fair to say that the event isn't for everyone, if you're into more spiritual investigations or prefer a gadget-free approach, then Barri's events may not be for you. However, if you love ghost hunting gadgets and want a crash course in investigating using burst EVP recordings, then a night with Barri is definitely for you.
Unfortunately, we didn't capture any meaningful or intelligent voices in the form of EVPs, but throughout the night we did capture in recordings and hear lots of unexplained knocks and bangs. We did also hear a few relevant words through the EchoVox, including an answer to the question "how many spirits are here?" and at one point a voice seemed to say the name of one of the guests.
One interesting moment in the investigation involved playing Frank Sinatra singing his classic, 'My Way' in an attempt to stir up the spirit of a late regular, this was his favourite song and the idea was to try and capture proof of his presence by playing it.
I'd like to say a big thanks to Barri, Phil, Andy and the rest of the team for a fun and fascinating night in the dark.
If you fancy experiencing a ghost hunt with Barri for yourself, then head over to his official Facebook page and give him a like to find out about all of his upcoming events.
» facebook.com/OfficialBarriGhai
Tags:
ghost huntssomersetparanormalhelp my house is haunted