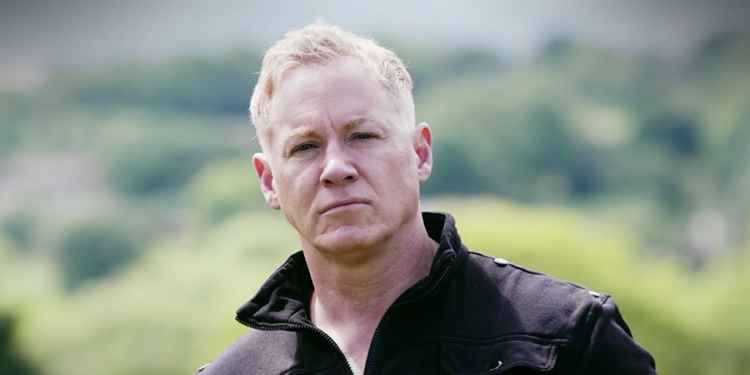 Television psychic Chris Fleming has picked up not one, but two gold awards in this year's Paranormal Entertainment Awards.
The American medium is best known in the UK for his role as the psychic investigator alongside Barri Ghai and Jayne Harris on Really's 'Help! My House Is Haunted'.
Chris was shortlisted in two categories, Best Psychic and Best Paranormal Podcast. After a month of voting, fans of the paranormal put Chris on top in both categories.
The two awards he picked up honoured his work as a psychic and for his monthly 'Spirit Talk' podcast, in which Chris talks about the paranormal and supernatural in an enlightened and spiritual way. Chris has been hosting the podcast, which is available on Apple Podcasts and Planet Paranormal, for more than 10 years.

Big heart filled ❤️ Thank you to @Higgypop & all the fans, viewers, my colleagues @BarriGhai @HDghost_girl and those that took the time and effort to vote! Congratulations to all the remarkable winners! #gratitude 🙏🇬🇧🍷cheers! 👻😇 https://t.co/0c4mNny7Hr pic.twitter.com/JUBTI9arxW

Chris fought off tough competition from fellow shortlisted nominees Chip Coffey, John "Sixthsense" Harris, Kenny Saw and Derek Acorah, who won the silver award for Best Psychic. In the Best Paranormal Podcast category Chris was up against Clinton Baptiste, Parasearch Radio, Weird Tales Radio Show, and silver winner Knock Once For Yes.
Chris, who has previously appeared in several episodes of 'Ghost Adventures', 'Psychic Kids' and 'Dead Famous', returned to our screens last month in the second series of 'Help! My House Is Haunted'.
Chris in particular found filming the new series very rewarding. At one of the locations he captured proof of elemental entities in the form of ITC communication and it has changed he perspective on things. He said, "there are not just angels and demons but other various levels and dimensions of entities in existence going on all around us with many incredible and remarkable interactions with humanity and those in other realms."
He added, "I would not have believed it if I did not see first hand and record on audio what I and my teams encountered and communicated with."
Although he's often billed as a psychic, Chris says he prefers the term "sensitive" or "medium". Sensitives, he explains, are simply more aware of energy fields, as well as human and non-human presences.
No matter what label you give his abilities, Chris is first and foremost a paranormal investigator and has been investigating ghosts and the supernatural since he was a child. He prefers to use a mix of mediumship to communicate with spirits and technology to validate their existence.
Of course, Chris wasn't the only winner in this year's awards. The annual online event racked up almost 60,000 votes from fans of the paranormal, voting across the 15 categories, including everything from individual ghost hunter, through to movies, TV shows and haunted locations.
You can see the full list of silver and gold winners here.