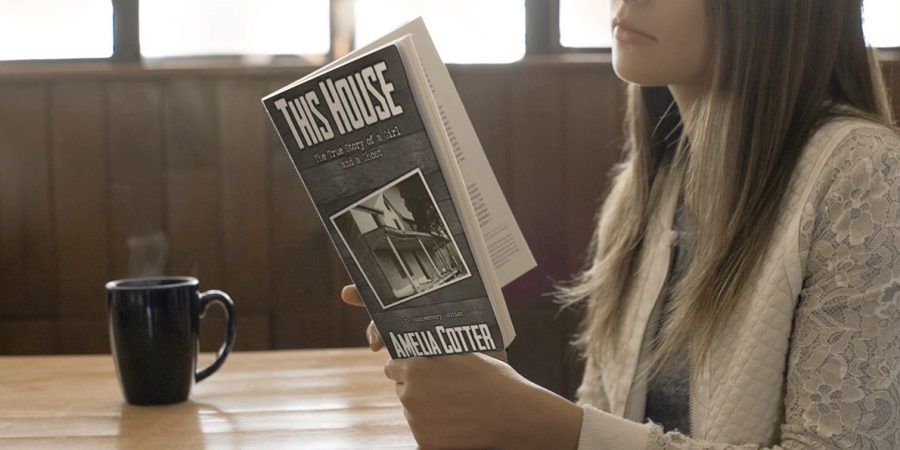 Amelia Cotter has won a gold in the Best Paranormal Book category of the 2020 Paranormal Entertainment Awards for her book, 'This House: The True Story of a Girl and a Ghost'.
Based on true events, the book tells the story of Nora, a lonely fifteen year old whose fascination for the supernatural drives her to explore an abandoned haunted house, but she soon finds herself tangled in a supernatural mystery.
The win was announced during this year's Paranormal Entertainment Awards, which were awarded during an online virtual event that was watched by thousands of fans of supernatural entertainment and ghost hunting. Amelia was just one of a whole list of shows, paranormal teams and individuals who were honoured in the third annual event. You can see the full list of winners here.
The winners were selected by the public who voted more than 75,000 times on a shortlist made up of paranormal entertainment that was nominated by the public earlier in the year.
Speaking from her very colourful house in a video message during the awards presentation, Amelia said "thank you so much to everybody who voted this year. It was such an honour to be on the list of nominees, and I really appreciate it."
Amelia fought off tough competition from Mark Rees, whose book 'Paranormal Wales' won him the silver award. A very excited Mark sent a video message telling viewers of the awards, "when I woke up this morning I was just a plain old boring author, but now, thanks to you, I am a paranormal entertainment award winning author and that is amazing."
Missing out on awards this year, but also shortlisted in the book category were:
You can find out more about the 2020 Paranormal Entertainment Awards and see the full list of winners here.