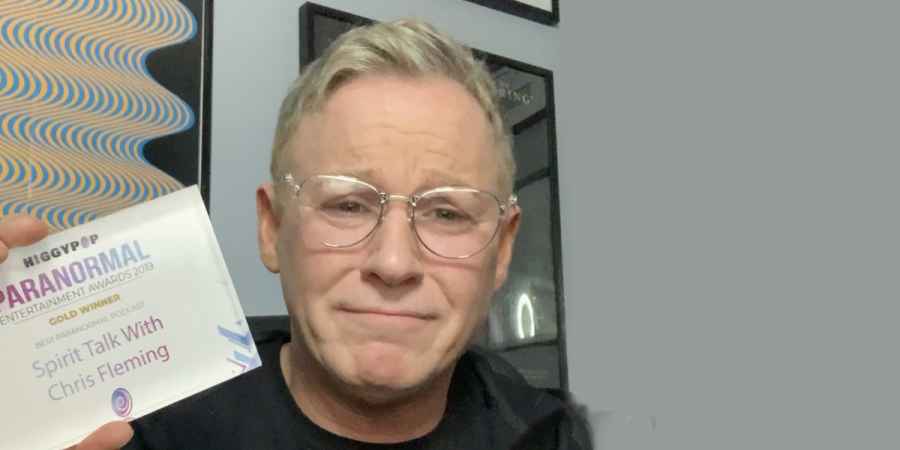 Television psychic Chris Fleming's podcast 'Spirit Talk' has been awarded the gold award in the Best Paranormal Podcast category at this year's Paranormal Entertainment Awards.
The American medium is perhaps best known in the UK for his role as the psychic investigator alongside Barri Ghai and Jayne Harris on Really's 'Help! My House Is Haunted', but has also appeared in the popular TV shows 'Dead Famous', 'Psychic Kids', 'Ghost Hunters' and 'Ghost Adventures'
The award Chris picked up celebrates the success of his monthly 'Spirit Talk' podcast, in which he talks about the paranormal and supernatural in an enlightened and spiritual way. Chris has been hosting the podcast, which is available on Apple Podcasts and Planet Paranormal, for more than 10 years.
This is the second year in a row that Chris' podcast has picked up a gold award. The win was announced during this year's Paranormal Entertainment Awards, which were dished out during an online virtual event that was watched by thousands of fans of supernatural entertainment and ghost hunting.
Chris was just one of a whole list of shows, paranormal teams and individuals who were honoured in the third annual event. You can see the full list of winners here. The winners were selected by the public who voted more than 75,000 times on a shortlist made up of paranormal entertainment that was nominated by the public earlier in the year.
During the awards presentation Chris showed his appreciation to fans who had voted for him via a video message. The excited podcaster, holding his award from the previous year said, "I want to give a big thank you to everybody that voted in the Higgypop Paranormal Entertainment Awards for 2020. You voted for 'Spirit Talk' with Chris Fleming the Best Paranormal Podcast this year. That means a lot to me."
Chris went on to admit that he was shocked by his second win in two years, "last year we won Best Podcast and this year, taking home the gold again."
The television medium went on to acknowledge the efforts put in by the other finalist shortlisted in his category, "all of the other podcasters that were nominated, congratulations to you as well because I know how much work and effort goes into recording that podcast, securing the guests, doing the marketing and promotion."

The runner-up in the podcast category was Penny Griffiths-Morgan, who picked up a silver award for her podcast, 'Haunted Histories', which combines historical research with the paranormal.
In each episode Penny delves into different locations and looks at not just the ghost stories, but the history of each. The podcast is hosted on the Paranormal UK Radio Network, which offers a variety of paranormal talk radio shows covering all aspects of the strange and weird from Britain and beyond.
Penny, who has had an interest in both history and the paranormal since she was a young child, also popped up during the awards announcement telling viewers, "I want to say thank you ever so much for voting for us in the podcast category and well done to everyone else."
The podcaster was also nominated in the Best Paranormal Book category for her 2020 publication, 'A Haunted Experiment',
Missing out on awards this year, but also shortlisted in the podcast category were:

As well as wins for the best podcasts, paranormal discussion shows were also honoured in a new category during this year's awards. The Best Paranormal Discussion Show category shines a spotlight on the best video-based paranormal discussion shows streamed or premiered online this year.
There were eight shows nominated, but it was Neil Packer and Jane Rowley's show hosted by the Haunted Antiques Paranormal Research Centre in Hinkley that got the gold. In the weekly live video stream the pair come together to talk all things paranormal, often joined by various well-known guest spanning the paranormal community. 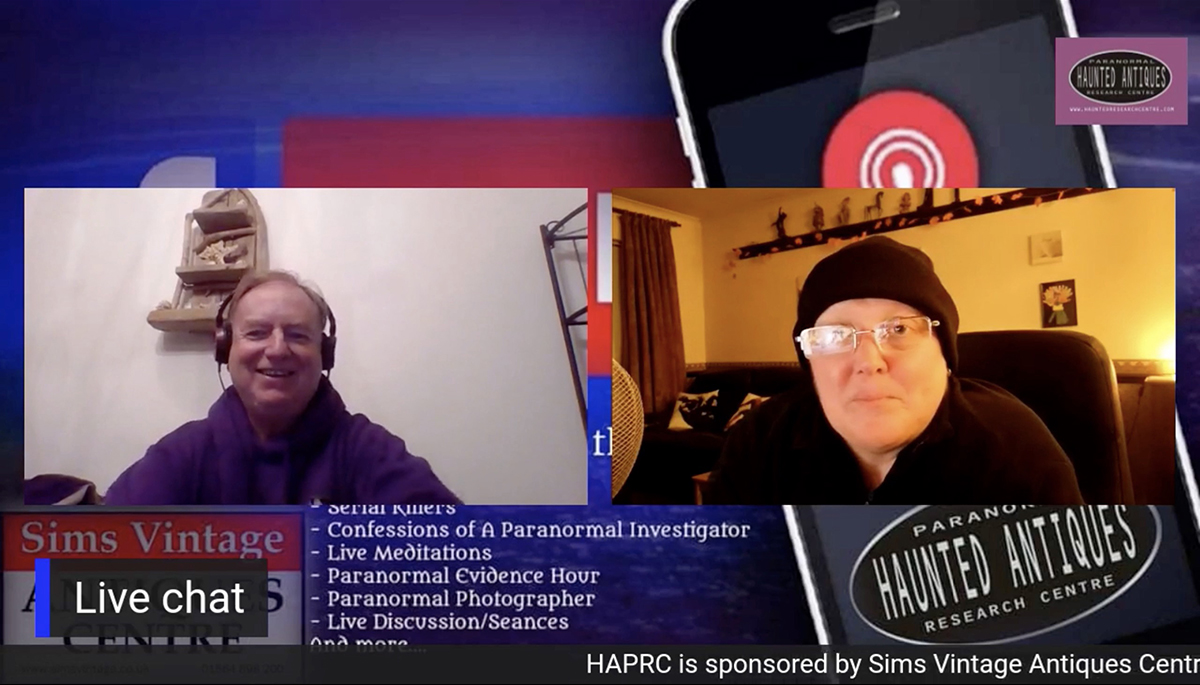 Upon hearing the news about the award, Jane said, "Neil and I would just like to say a massive thank you to everyone who's nominated and voted for us in the Higgypop awards. We're just so grateful for the support people have shown us through this year."
Neil and Jane fought off tough competition from 'Exploring The Afterlife', who took the silver award, and 'Strange Oddities Podcast', 'PT Paranormal Live' hosted by Tony Ferguson and Paul Cissell, 'Elite Paranormal Society' and Kenny Biddle's 'The Skeptical Help Bar'. Also nominated was 'Booze & Boos', another of the Haunted Antiques Paranormal Research Centre's regular live discussion shows.
You can find out more about the 2020 Paranormal Entertainment Awards and see the full list of winners here.