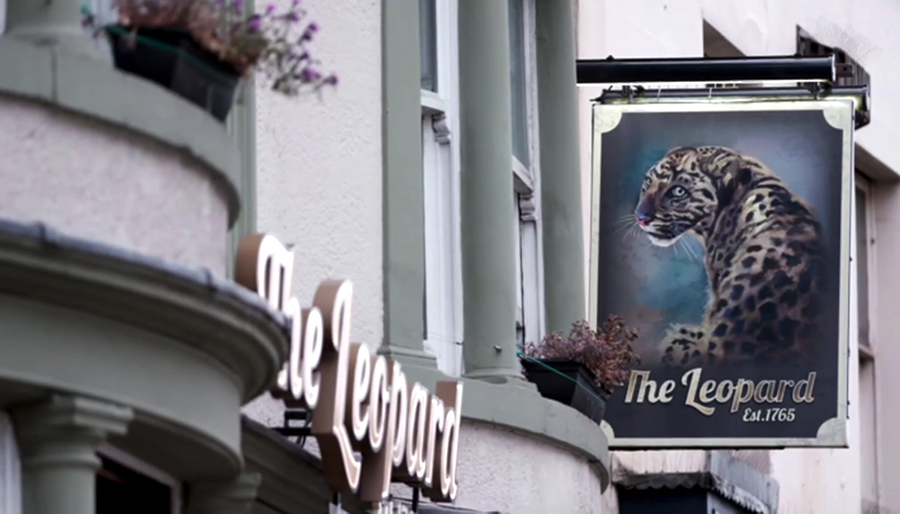 In the second episode of REALLY's brand new paranormal show, 'Help! My House Is Haunted', a team of three paranormal investigator aim to use the latest technology to try to capture never before seen proof of the paranormal that's haunting homes in the UK.
For their second outing, Chris Fleming, Sandy Lakdar and Barri Ghai have traveled to investigate The Leopard Inn pub in Stoke-on-Trent.
Barri, the show's tech expert describes The Leopard Inn as "an elegant drinking establishment that's entertained guests for at least 300 years, but where there's history, there's haunting." The pubs landlady, Sharon Crisp, agrees. She says she was a skeptic when she moved into the historic inn, located in Burslem, the mother town of the Potteries.
But during her time running the pub, she's seen dark shadowy figures, witnessed doors slamming and glasses being thrown. Sharon says that the paranormal activity is now a daily occurrence and it's getting worse. Sharon even says that she was once hit in the head by an unseen force.
The top floor of the pub, which was once a hotel, is now unused and has fallen into disrepair but has been turned into a macabre ghostly attraction for amateur ghost hunters, filled with spooky paraphernalia.
One of the bar staff also reported hearing unseen children singing the nursery rhyme, 'ring o' ring o' roses'. 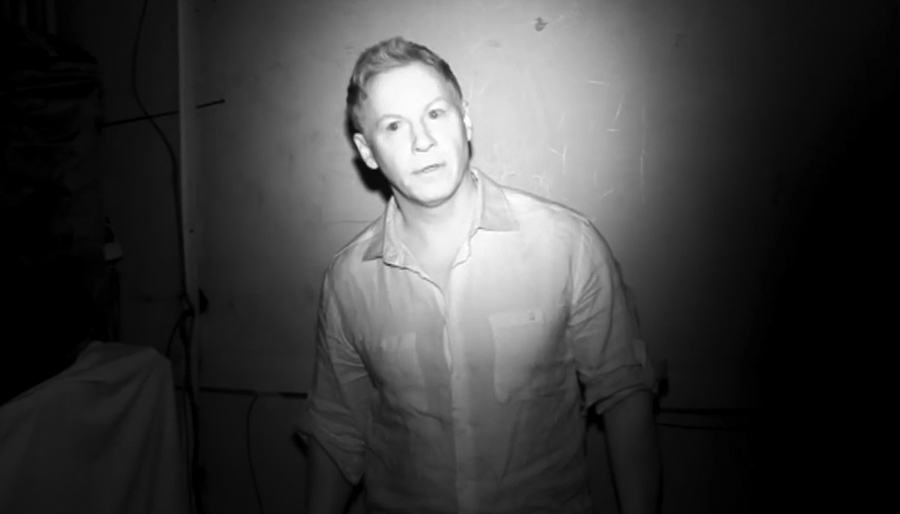 The show started with Parisian paranormal expert Sandy and Barri entering the building together for an initial investigation and interview with the pub's owners. Meanwhile, the show's psychic, Chris, was conducting his own preliminary walk around, with no knowledge of the building's past or haunted history. While in the upstairs of the pub, Chris had the experience of something unseen touching his shoulder, an occurrence similar to that of the owner.
On the abandoned top floor, Chris called out to the spirits of the inn, asking them to knock twice and the spirits seemed to oblige, knocking twice on demand and causing Chris to jump off of his chair. 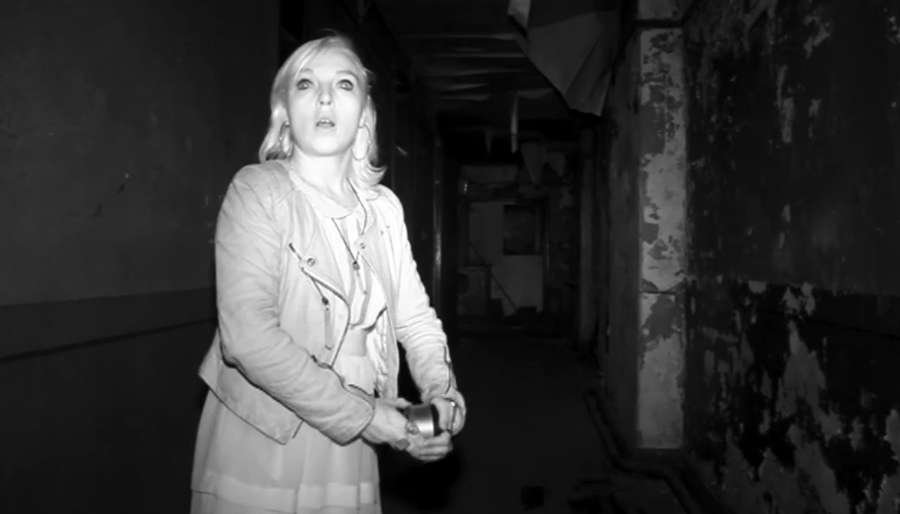 With the sunsetting outside, the team lockdown the pub in order to conduct their all night investigation of the inn's five floors and 70 rooms, with so much ground to cover the team split up.
Barri starts his lone vigil on the first floor, near the stairs where Sharon claims to have seen the dark male spirit, armed with a full-spectrum camera. As he was walking into an eerie derelict bathroom, he thought he saw something move behind a door and ran away, at the same moment, his camera stopped working despite having a new battery in it. The photos from his camera seemed to show a dark shape at the end of one of the corridors.
Sandy was on the floor above using a spirit box, which scans through radio frequencies and allows spirits to communicate by manipulating white noise. Sandy called out "who is this black figure that scares Sharon?" The device seemed to answered her question with the words "you're beautiful." Sandy is convinced that this is the spirts talking to her, she said "it chilled me to the bone." But, as the device scans FM radio, it could just be James Blunt playing on BBC Radio Stoke.
A few minutes later, as Sandy walked into a room where a creepy doll had been placed, she heard what clearly sounded like a child's voice coming from the spirit box. She said, "it was so clear. I've never heard such clear voice phenomena before." However, the words spoken by the child were inaudible. The spirit box then spewed out more words in a male voice. The crew initially thought it said "number six", but later after listening to a playback, Chris was sure it said "I am sick."
Chris spent his time alone in the pub in the bar, where he was trying to help an oppressive male spirit that he'd picked up on during his initial walk around. He also felt that a female spirit might have clues of how Chris can help the male spirit move on. During his vigil, it seemed that he started experiencing difficulties breathing. Barri said this was as a result of Chris channeling the female spirit's energy and became worried and went to check on him, but as Barri got close the spirit left.
Chris then tried to channel the male spirit instead and discovered that he had been a victim of the Black Death, he was also given the year 1647. This is the exact year that the plague broke out in Burslem, Staffordshire.
The team claim that the inn's connection with the plague could also explain why the barmaid heard children singing 'ring o' ring o' roses', as this nursery rhyme is about the Black Death. All this points the team towards a course of action.
Barri thinks the female spirit that Chris encountered, as well as the children's voices that Sandy had heard were all being held in this building by the oppressive male spirit, the exact same dark shadowy figure that has been seen by Sharon and that Barri caught on his camera.
The team decide to conduct a cleansing ritual in order to help the male spirit and those who he has trapped to move on. Sandy called out to the trapped souls, "we are creating a window for you, a window of love and light."
And with that, the sun began to rise and the team's investigation came to an end and Barri said, "we're confident that the spirits we discovered crossed over."
You can watch 'Help! My House Is Haunted' on the REALLY channel, which broadcasts in the United Kingdom and Ireland as part of the UKTV family of channels. You can watch REALLY on Freeview (17), Sky (142), Virgin Media (129) and Freesat (160), plus YouView, BT TV and TalkTalk TV.
Add A Comment
Tags:
paranormalhelp my house is hauntedtelevisiontopicalstaffordshire