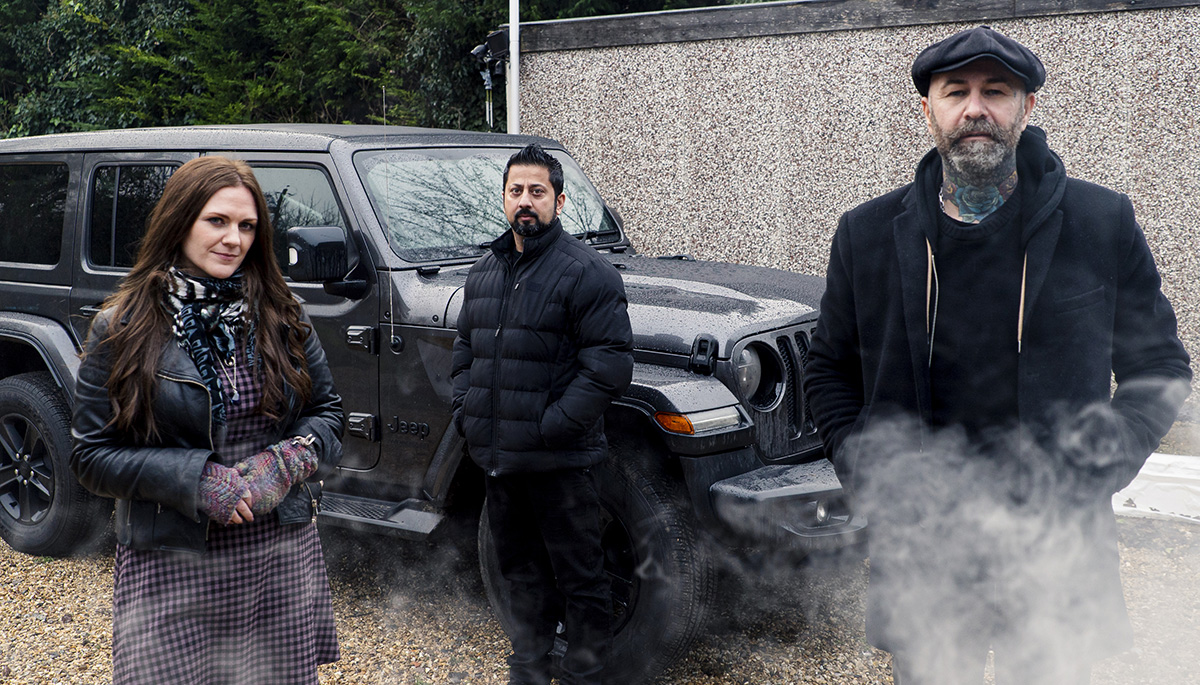 Barri Ghai, Jayne Harris and Ian Lawman investigate a rural Lincolnshire homeowner's claim that a possessive spirit is responsible for the break-up of two of her relationships
The owner of the 19th century farmhouse, Krissie, said "I started noticing activity in the house more or less instantly. There was always a rush of cold air around the house, especially the lounge."
She thinks the haunting is responsible for the failure of two relationships, she said, "I just think the house is either protecting me, or it thinks it's protecting me, or it's possessive of me. So, now I'm scared that if I start a new relationship it'll happen again."
As always, Ian didn't know any details about the property in advance, but while en route to the house he was able to gain some psychic insight about the location. He said, "I'm getting a lot of flashes, like camera flashes, which for me represents a really strong spirit presence." Ian says that he's visualising a female and that water is in some way connected with her. 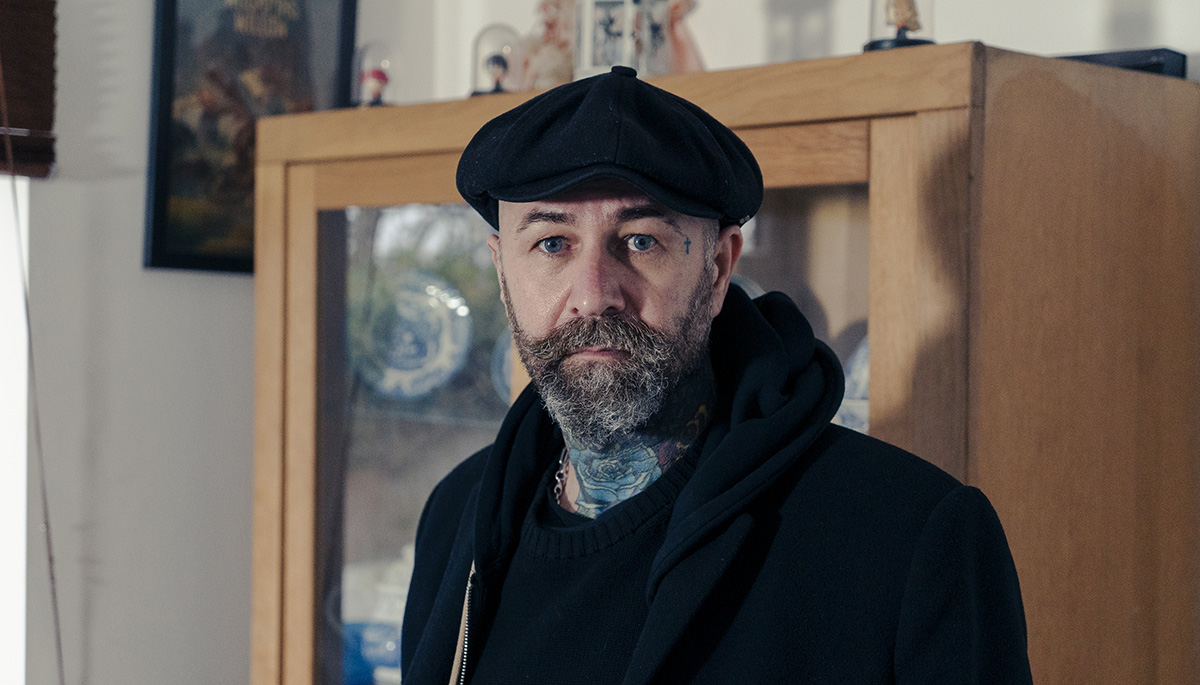 Ian is the first to arrive at the property and enters alone to conduct his sole psychic sweep. Having felt emotional during the journey, Ian says, "my uncomfortable feelings only become stronger as I enter the house".
The psychic described the energy in the house as "very dark and very negative," and before long called Barri and said, "I'd like you to come over to this house for me," he added, "I've just got a feeling something's going to kick off, something's going to happen."
Once Barri had arrived they attempted to capture some EVPs together using Barri's audio recorder. An EVP, or Electronic Voice Phenomenon, is a form of spirit communication that involves capturing the sound of spirit voices in audio recordings. Interestingly, on this occasion they didn't capture a voice, but the sound of running water, which ties in with what Ian picked up on on the way to the property.
Later, Barri capture a growling sound. Both investigators heard this sound at the time, meaning that this sound is a DVP, or direct voice phenomenon, rather than an EVP. 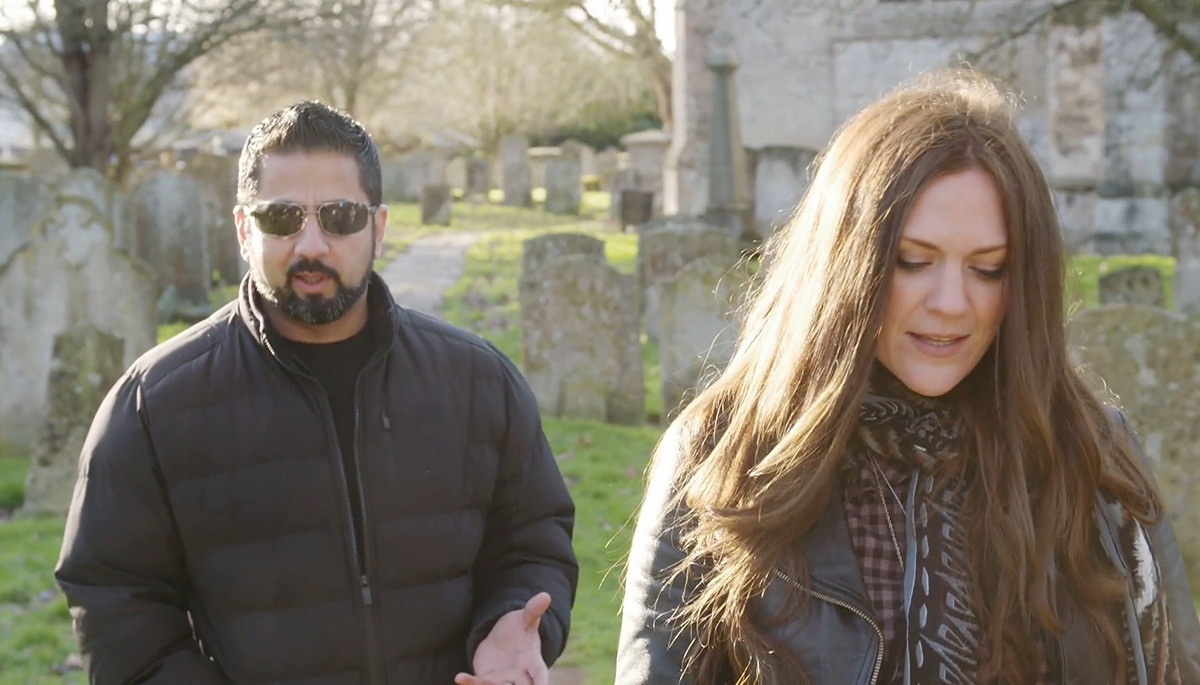 Jayne and Barri had headed to the local town of Long Sutton to conduct some background research, that was until Barri was called to the house early by Ian.
Jayne remained in town and met up with historian and author, Diane Colton Smith. Interestingly, she tells Jayne that flooding has always been a problem in the area and that many people have drowned over the years.
Diane tells Jayne that according to a census from 1881 that a shepherd named Samuel Petts once lived in the house. An old map shows that there was once an old pump house behind the Krissie's house, which Petts probably operated. This provides another potential link to water.

After their initial investigations, the team came together to share their findings. They then conducted a spirit trigger experiment with the help of Krissie. The idea is that they use Krissie to try to encourage the spirits to communicate. Since the entity seems to have caused Krissie problems with her relationships, they also bring in a close male friend, Tristan, to see if that stirs things up.
The experiment causes Krissie to become quite overwhelmed and aggressive, she even seems to be speaking for the spirit. Ian believes this is because there is a male spirit who is very protective over Krissie who doesn't like the team being in his space. The spirit seemed to respond when Ian identified it as Samuel Petts. 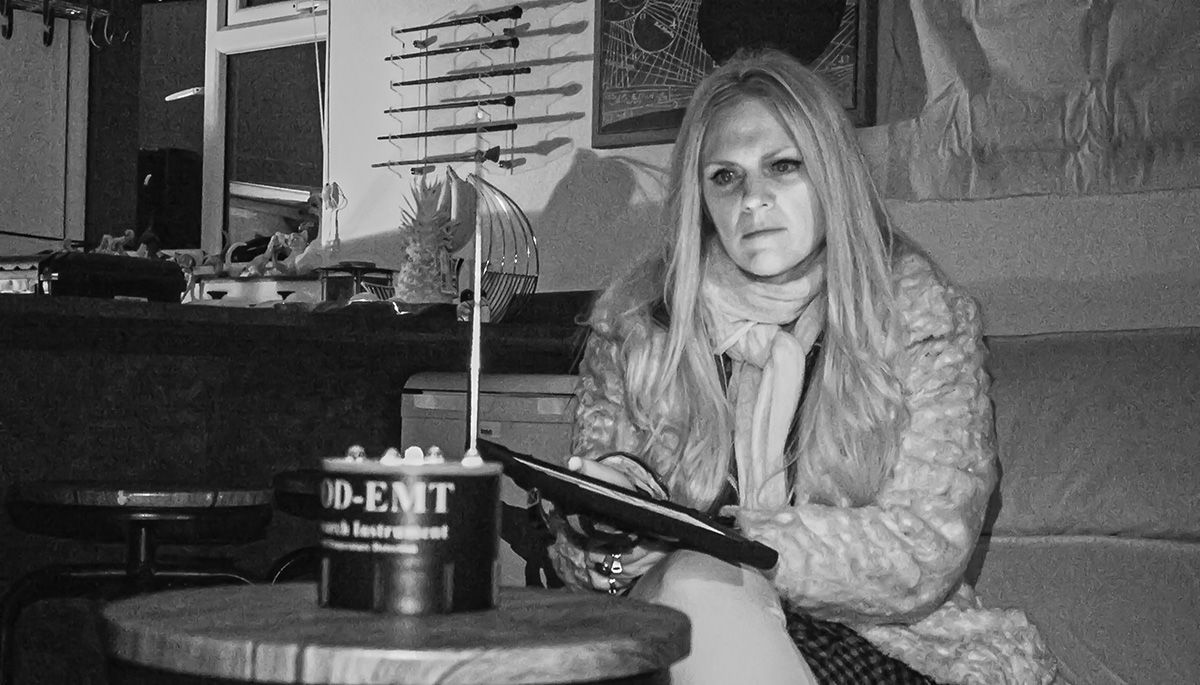 After darkness fell, the team prepared for their night-long investigation. Barri had rigged eight static night vision cameras around the property, Krissie had left for the night, and the team were ready to go. They start in the bedroom, where the dramatic trigger session had taken place earlier.
Barri was using a paranormal multi-tool called an EDI+, which measures various atmospheric conditions. The device's lights flashed to indicate a spike in electromagnetic flux, and also a drop in pressure. Investigators believe that electromagnetic fluctuations can be caused by the presence of a spirit, the significance of a pressure drop is less clear.
Based on this activity, the team begin to use a spirit box in an attempt to communicate with any spirits that might be present. This device rapidly scans through the radio spectrum, as it does the sounds of white noise and fleeting snippets of radio broadcasts can be heard. It's believed that spirits are able to change or influence these bursts of audio in order to form sounds, words or even sentences. Unfortunately on this occasion, the spirit box didn't give them any clear responses.
The team switch to EchoVox, an app which is pre-loaded with the 40 or so phonetic sounds that make up words. From this bank of 24 consonant sounds and 20 vowel sounds any word oh phrases can be produced. The app randomly spews out these sounds and it's believed that spirits can affect the random nature of this app in order to form the words it is trying to communicate.
Several sounds did come through the app, which the team believed were intelligent responses, although the information added very little to the case. Ian said, "I'll be brutally honest with you, I can't tell if it's positive or negative."
Jayne and Ian left Barri alone in the bedroom, but it wasn't a pleasant experience for him. Barri soon realised that the door was stuck closed, the handle seemed to have broken. Oddly there was no handle on the other side of the door, so his team mates couldn't get him out. Suddenly, the door opened.
Towards the end of the investigation the team switch to using the ParaTek app, which works in a similar way to EchoVox, but with a bit more clarity as the app's main screen shows the realtime feedback from the phone's sensors, the magnetometer and accelerometer. If the spirit can influence these sensors, then it's believed the output of the device can be manipulated.
While some words like "vector", "soft", "machine", "fly" and "page" seemed purely random, other words seemed quite fitting like "white", which the investigators believed could have related to Petts seeing the white light has they helped to move him on.
The investigation ended with Ian helping Krissie to part ways with the spirit. Ian said, "now it's time for myself and Krissie to bring this investigation to its conclusion. Her connection with Samuel is so strong, she needs to say goodbye to him personally."
It was an emotional end to the investigation as Krissie thanked the spirit for looking after her for so many years.

The episode didn't provide as much hard or visual evidence as some of the other episodes in the show's history, but it was a chance for Ian to shine through with his psychic abilities. The bulk of the evidence that was obtained that linked the haunting to Samuel Petts was either through Ian, or through Krissie under Ian's guidance.
Although there was a bit of confusion about the spirit's name, sometimes he was referred to as Samuel Pett, other times Samuel Petts. The historian told us that the former resident's name was indeed Petts, and that the road named after him was "Petts Lane," rather than "Pett's Lane" - perhaps this was why the spirit of Petts was so angry with the team?
The team also failed to work out the connection with water, something that Ian picked up on before the investigation, and of course the interesting water sound EVP captured by Barri.
You can watch the whole third season of 'Help! My House Is Haunted' right now on Discovery+, as well as the show's whole back catalogue.