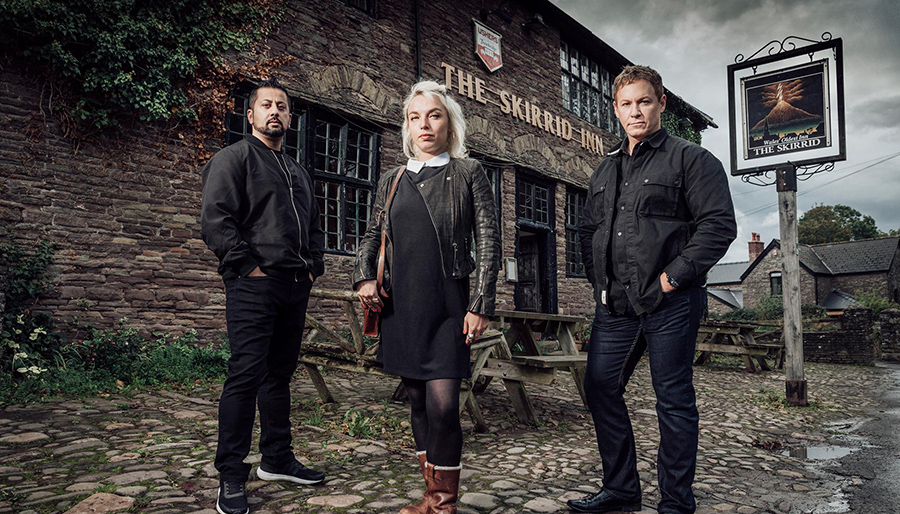 In the tenth episode of REALLY's newest ghost hunting show, the team head to Monmouthshire and the oldest pub in Wales to investigate the hauntings associated with the inn's grim past of murder and execution.
Throughout the series, Sandy, Barri and Chris have been travelling the length and breadth of the UK and using the latest ghost hunting gadgets to try to capture evidence of hauntings. This week's location is The Skirrid Mountain Inn in the Welsh town of Abergavenny.
This seemingly homely pub and hotel first opened its doors nearly a thousand years ago. It's home to terrifying reports of a malevolent spirit. The pub's owner, Geoff Fiddler said, "it certainly had a fearsome reputation for ghosts and strange happenings, but I was quite willing to take it on and find out for myself."
Since moving in, Geoff has had a fair amount of paranormal experiences, including a sighting of a full apparition, ghostly music drifting through the building and a member of staff hearing the name "Fanny Price" whispered in her ear. Drinkers often report feeling sick, nauseous and dizzy.
As always, the show's psychic medium, Chris Fleming, had no foreknowledge of the property. He held back to conduct his own psychic research, while tech expert Barri Ghai and Parisian truth seeker Sandy Lakdar went inside together to meet the owner. As soon as Chris stepped into the building, he said he picked up on the powerful presence of a female spirit. He then went upstairs to where he felt her energy was strongest.
Upstairs he picked up on the essence of men talking about law. The upstairs was once used by the infamous Judge Jeffreys, the Hanging Judge. Many of those on trial met the ultimate judgement here and were hung from a rope tied to a beam at the top of the stairwell. 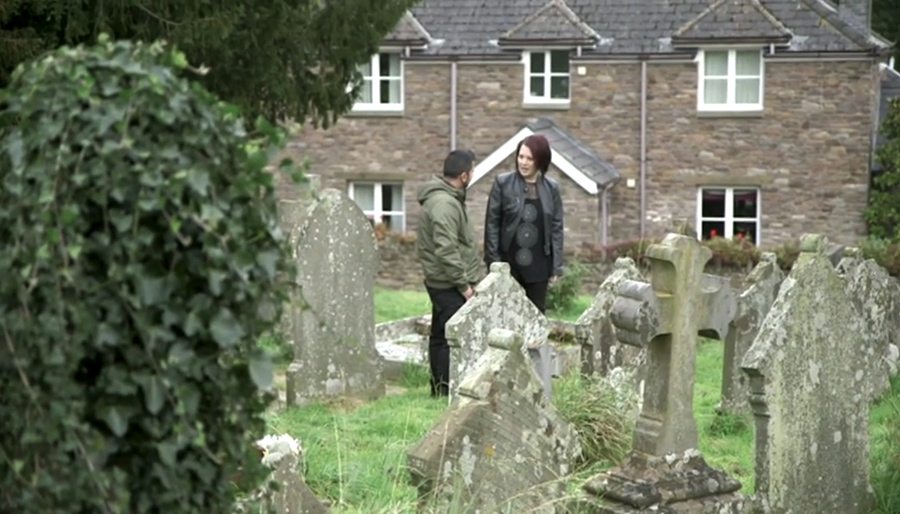 Barri was at a nearby cemetery with a local historian, Claire, where she pointed out a grave which was marked "Fanny Price." She was a former landlady of the pub who died in the late 1700s.
Meanwhile, Sandy was talking to the owner, they heard a strange sound, which sounded like the pub's sign swinging outside in the wind, but when she went out to check, it was not moving. Geoff also told the story of a young boy who was crying in the pub one Sunday when visiting with his family. The child said he saw a little boy go up the chimney. 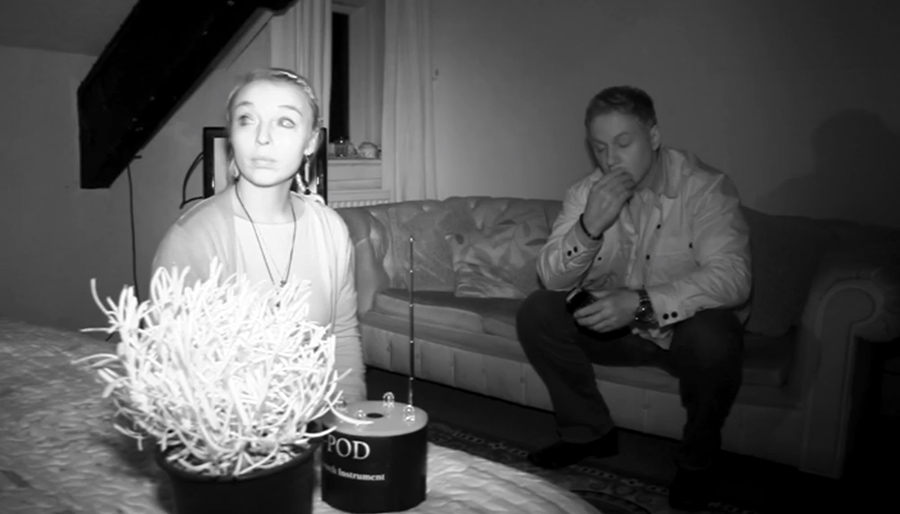 As the sunset outside, Geoff locked the team in the pub to start their overnight investigation. They started their investigation in bedroom three with a pot of lavender. The ghost of Fanny is supposed to be associated with the smell of lavender, so they're hoping the plant will encourage the ghost to come forward and trigger the REM-Pod placed next to it. The REM-Pod is triggered by static electricity, this can happen if someone or something moves near its antenna.
However, despite this elaborate set up, they weren't able to tempt the spirit to reach out for the lavender, but as Sandy calls out to the spirit of Fanny, Chris says he could feel the presence of her spirit. Because Sandy was able to get a reaction from her, Chris uses Sandy as a kind of vessel to channel Fanny. A few minutes later the REM-Pod started flashing and beeping.
After the encounter, Chris describes the spirit of Fanny as "a stricken mother, trapped between worlds searching for her lost son."
The team then went down to the bar and Barri pulled out his SLS camera, a device which tries to find human-like shapes in the darkness. Ghost hunters think that this device is able to see things that the human eye can't. While using the device in the bar, they picked up on what they thought was a three-foot tall figure sat in a chair. This stick figure on the screen only lasted a few seconds before being replaced by an adult-sized figure.
Chris described the evidence as nothing short of the "compelling confirmation of life beyond the grave."
At 3am, Sandy ventures out to the pub garden on her own, to a location that Chris thinks is an unmarked burial site. Sandy was armed with a pair of dowsing rods, which guide her around the garden and seem to verify the fact that bodies are buried.
Chris then joins Sandy with a spirit box, a device that scans through FM and AM radio frequencies, it's believed that ghosts can use the white noise to form words. Chris calls out, "who's buried here?" And a voice from the device says "people", leaving Chris looking very pleased with himself.
The last room the team investigated was room two, the room that was once used as a courtroom. Barri went to this room alone and set up a lone vigil in an airing cupboard. Barri was sure he could hear something moving around outside the cupboard, but sadly the sounds didn't register on the camera. He then said that something banged on the cupboard door.
Towards the end of the episode, the team review their audio recording from the night. They seem to have captured something that sounds like a female singing. The sound did sound melodic and musical in tone, but was so digitally distorted having been filtered and amplified that it was hard to come to a conclusion on whether it really was a female voice or not.

With that, the sun had risen and Geoff returned to hear about the team's night alone in the pub.
You can watch 'Help! My House Is Haunted' on the REALLY channel, which broadcasts in the United Kingdom and Ireland as part of the UKTV family of channels. You can watch REALLY on Freeview (17), Sky (142), Virgin Media (129) and Freesat (160), plus YouView, BT TV and TalkTalk TV.
Add A Comment
Tags:
paranormalhelp my house is hauntedtelevisiontopicalwales