Help! My House Is Haunted: 'The Ghost Of Gertie' - Series 3, Episode 3 Review 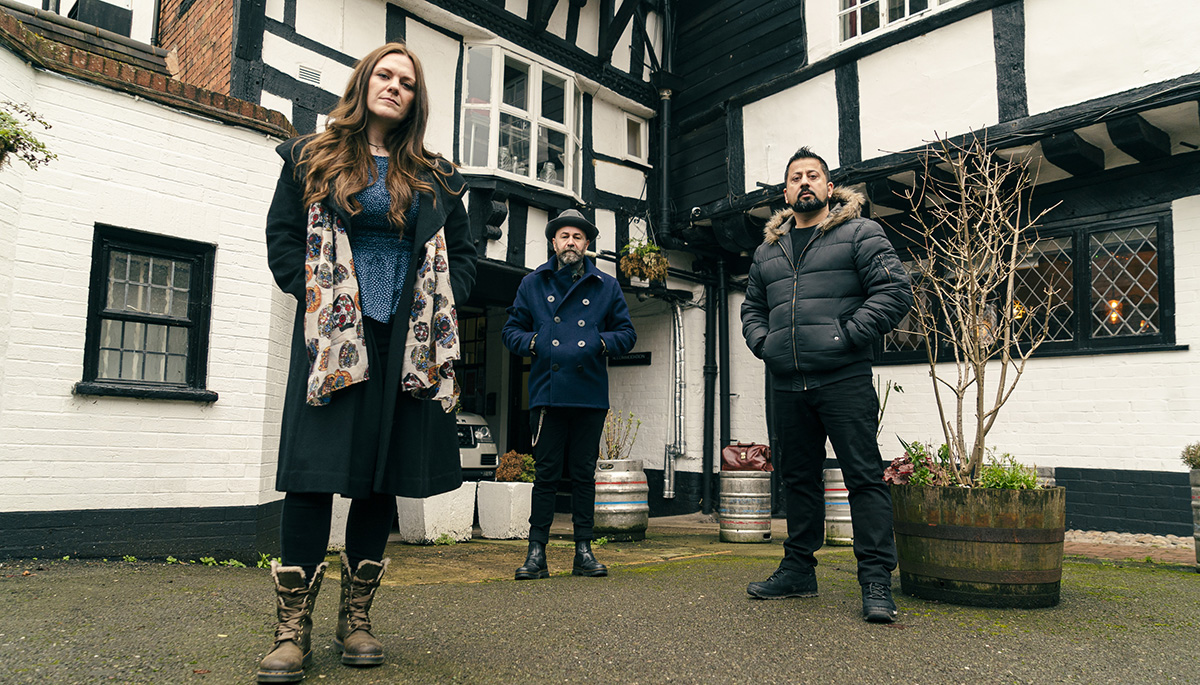 In the third episode of the third series of 'Help! My House Is Haunted', Barri Ghai, Jayne Harris and Ian Lawman are called to uncover whether the spirit of a child is responsible for a plethora of paranormal activity in a 14th century hotel in Shropshire.
Strange events have been scaring the staff and customers at The Bull Hotel in Ludlow, its landlord Rob Filbrandt said, "one night in particular when I left two members of staff to lock up, they could hear a woman crying down in the cellar." This is just one of the many reports of spirits that have been seen and heard in different parts of the hotel, including the ghost of a mischievous little girl called Gertrude.
Ian, the show's psychic medium, is not told anything about the property in advance, but before he even arrived he mentioned horses and horse manure a couple of times. He said, "I feel we could be going to a coaching house or a coaching inn," and added, "I'm hearing drinking, I'm hearing clashes of beer tankards." This would seem to be an accurate description of The Bull. 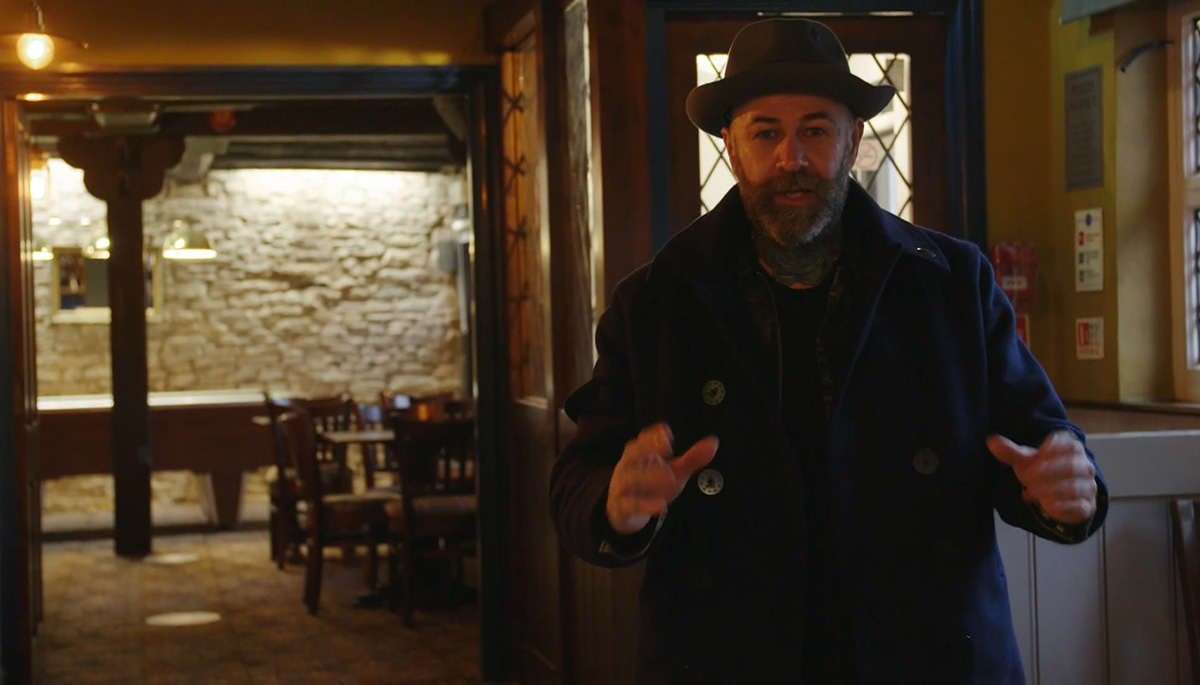 Ian is the first to arrive at the location, where he conducts his initial walk around alone. Almost straight away he saw a shadow figure in the bar area, and in the cellar has an awareness of someone dragging a body.
After his sweep of the building, he concluded, "every single one of these bedrooms is haunted, every single one. There's that many layers and that many things that have gone on in this building, it's a minefield."
But Ian became emotional in one of the bedrooms in particular when he became aware of the spirit of a little girl. He said, "she's making me aware that something happened to her outside of this place, but then she was brought back here." 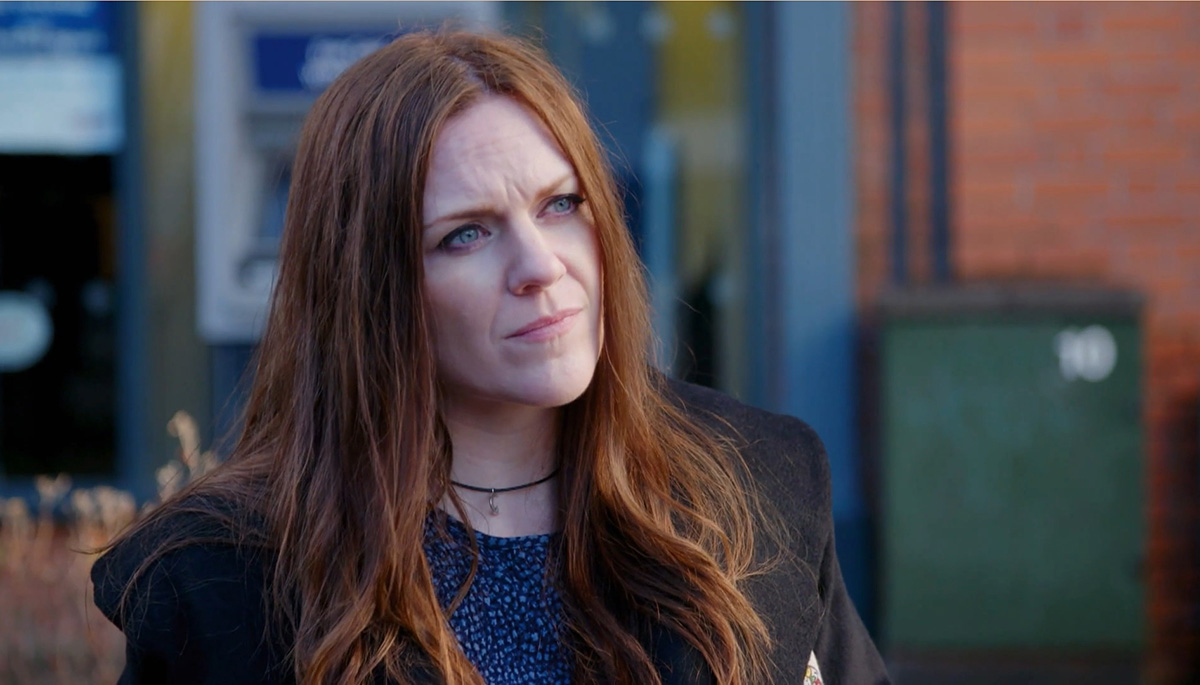 While Ian was conducting his investigation, Jayne met up with local historian, Andrew Homer, to learn about some of the most macabre historical details of the picturesque market town, including the tale of a little girl named Gertrude who was hit by an escaped bull outside the hotel, she was taken in to room three, where she died from her injuries. Could this have been the spirit that Ian mentioned in his psychic sweep of the building?
Meanwhile, Barri was interviewing a witness, a former bar supervisor. Beth told Barri, "I've had glasses smash, I've had my hair pulled, I've had someone tap my shoulders." Beth says she was even hit by a falling glass, but Beth has been coming to the hotel since she was a child, and when she was younger saw the spirit of a little girl on an upper floor, but soon after this revelation the interview took an unexpected turn.
Later Barri met with Sharon, the landlord's mum who often stays at the building. Sharon was convinced that she saw a mysterious figure on a CCTV camera one night. She also gave Barri some advice on where to focus his investigation. She stated that room four was the most active.

Before meeting the landlord, Rob, for the first time, the team come together to share their findings from their individual research missions.
Then, to kick things off the team conducted a spirit trigger experiment with the help of Rob. Jayne had brought along an old valve radio in the hopes that spirit voices might come through. This is a method of supernatural communication known as electronic voice phenomenon (EVP). The experiment was interrupted when a crew member noticed a lamp in one of the bedrooms turning on and off on its own and Ian went to investigate. 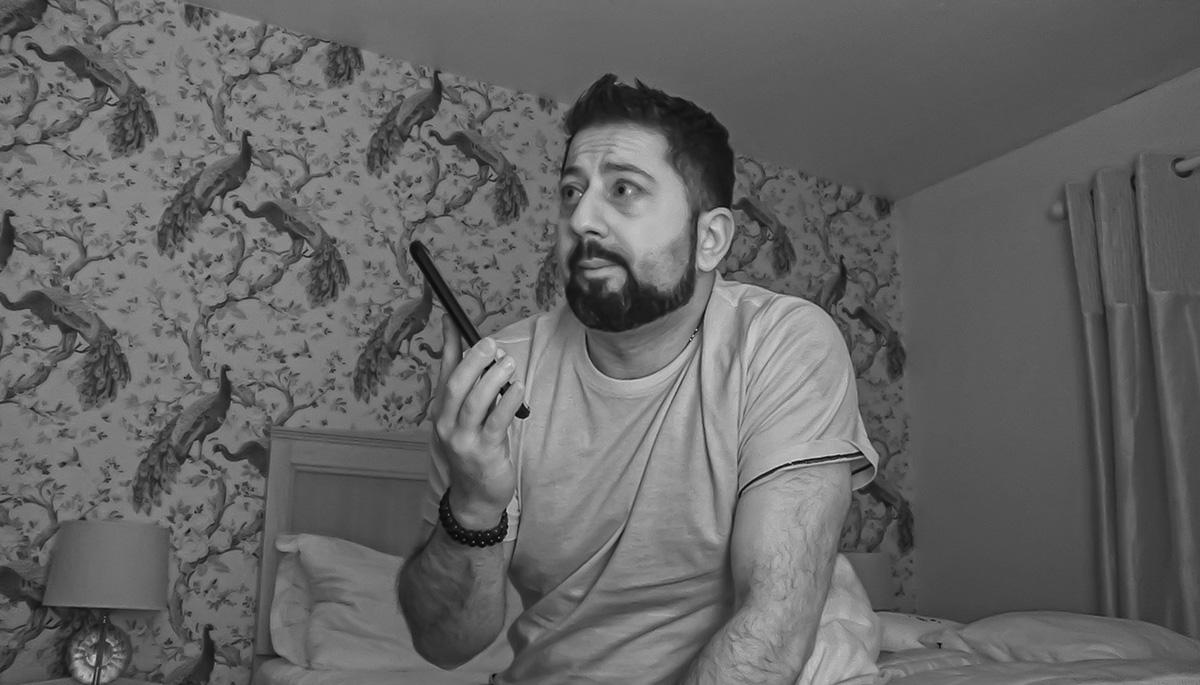 With the light fading outside, Rob locks up the inn while the team prepare for their investigation. They start in the cellar, where straight away Barri hears a female voice, as well as an unexplained dragging sound, which was captured on camera.
Barri and Ian then went up to the bedroom where the light had been turning on and off in the hopes of tying everything together. Meanwhile, Jayne went to another of the guest rooms to try to contact the spirit of the little girl, Gertie. But both groups ended up confused when they heard an unexpected female voice through their walkie talkies.
Barri thinks that this is a sign that the spirits of the hotel are able to manipulate radio frequencies to communicate, so he uses a spirit box in an attempt to speak to them. This device rapidly scans through the radio spectrum, as it does the sounds of white noise and fleeting snippets of radio broadcasts can be heard. It's believed that spirits are able to change or influence these bursts of audio in order to form sounds, words or even sentences. During the experiment they heard what sounded like a child's voice come through the device's speaker.
Barri then heads along to the bedroom where Gertie is supposed to have died. To try to tempt the child spirit to communicate he's brought a doll with him and placed next to it a REM-Pod, a ghost hunting gadget that senses changes in electrostatic. If anything gets close to it, it beeps and lights up. While in this room, the very clear sound of a female crying was heard through Barri's walkie talkie.
For the final part of the investigation, Barri was alone in room four, the hotel's most haunted room, in an attempt to draw out the illusive male spirit in the building. The experience proved terrifying for Barri, who heard a lot of banging in the hotel, despite the fact the whole building was now completely empty.

The evidence obtained in this episode was pretty impressive, although the normal narrative you'd expect from an episode of 'Help! My House Is Haunted' wasn't so strong. Yes, they touched on Gertie who is said to haunt the hotel, and it seems they did get interaction from a female spirit, but none of the evidence really confirmed this spirit was Gertie or that the story of her death was true. They also failed to obtain any evidence relating to the male spirit that Ian felt was present in the building.
However, the dragging sound the team captured in the cellar was very interesting, especially since Ian had mentioned a body being dragged there during his walk around.
The incident with the lamp was also fascinating. At times it really did seem to be switching on and off on command. Ian did take a bit of time to check the lamp's plug and said, "it can't be an electrical short because it would flicker". But this isn't strictly true, LED lightbulbs do have a habit of developing faults which cause them to switch on and off in this manner. It happens when a faulty bulb heats up and the inner workings expand causing a connection to break and the light turns off. Once off, the lamp begins to cool and contracts causing the light to come back on.
Probably the standout piece of evidence was the female cry heard through the walkie talkie. The team experienced several instances when a voice was heard through the radio during their investigation. Barri said, "the spirits seemed able to manipulate our radio frequencies," but of course this isn't the only explanation for unexpected voices on a walkie talkie - interference from another transceiver is also a strong possibility too. Although the likelihood of radio interference causing a female cry through the radio, something so relevant to the investigation, does seem remote.
Barri's experience towards the end of the episode was also very interesting. The banging sounds he heard and caught on camera were loud enough to wake him up and sounded much clearer than just natural knocks and bangs, it did sound like someone moving around in another part of the hotel -  a scary thought if you think you're alone in a building.
You can watch the whole third season of 'Help! My House Is Haunted' right now on Discovery+, as well as the show's whole back catalogue.