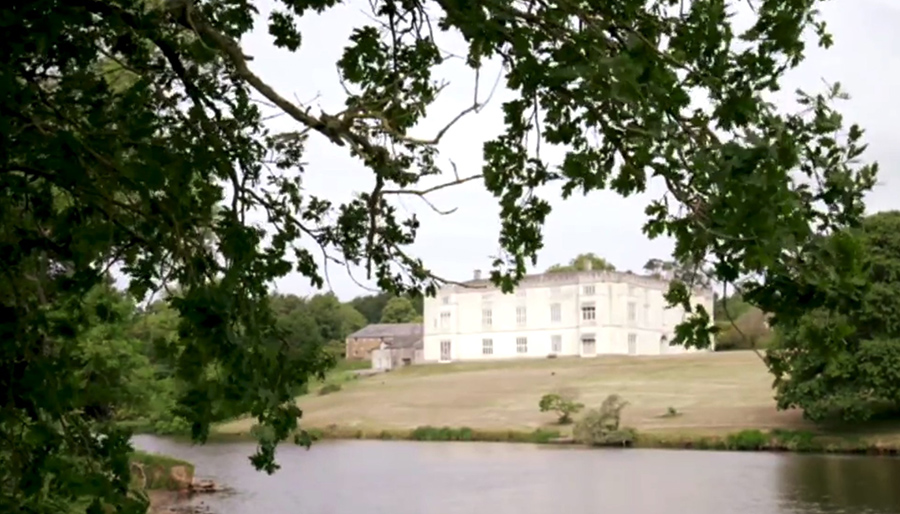 Barri Ghai, Chris Fleming and Sandy Lakdar return for the seventh episode of REALLY's newest ghost hunting show where they encounter a tormented soul in an abandoned attic in Devon and have a terrifying encounter with a faceless spirit.
The team are travelling the length and breadth of the UK and using the latest ghost hunting gadgets to try to capture evidence of hauntings. This week's location is Great Fulford, the noble home of the Fulford family in Dunsford near Exeter.
The 50-roomed manor house is said to be very paranormally active, the family hear unexplained noises, witness doors banging and have even seen apparitions and ghostly figures. The family's dog also seems to frequently react to things that no one else can see. 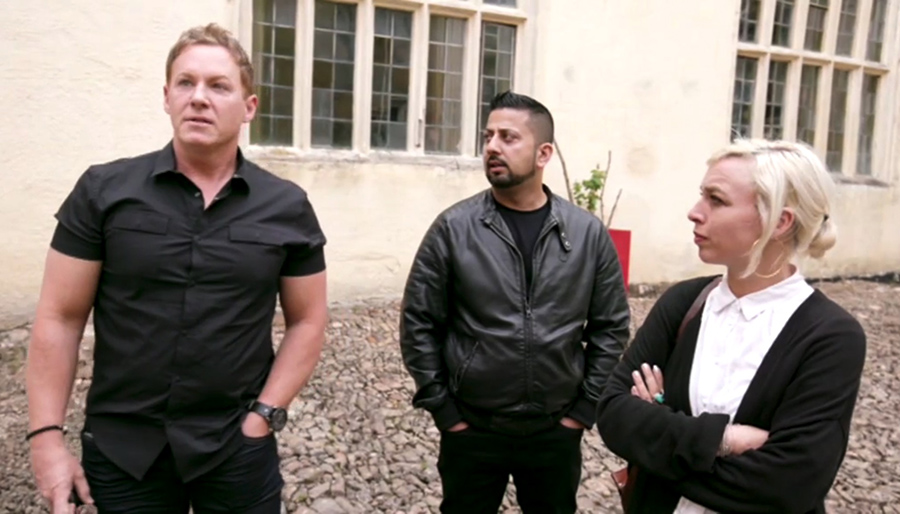 Chris, the show's psychic never knows anything about the property in advance, but as he approached the house in the car he picked up feelings that he described as being like the cries of war on a "truly epic scale". As they got nearer, Chris said he saw a woman looking out of a window near the manor's entrance.
A camera that was stuck on to their car's windscreen with a rubber suction cup fell off on to the bonnet. Chris ponders whether this was evidence of the paranormal, of course it might just have fallen off like anything stuck with a suction cup does - those things are pretty unreliable.
After this, Chris picked up some more psychic feelings relating to battle. He is correct, the house did have a military past. In fact, the house and land was gifted to the family as gesture of gratitude for the family's sacrifice during the English Civil War.
Barri, the show's tech expert, investigated an area in the house's grounds called the spirit pond, which has been known to be haunted for generations. Back in its heyday, servants and visitors to Fulford Manor would give the spirit pond a wide berth due to its creepy reputation.
In one of the bathrooms in the large house, Chris became light-headed after picking up on energy that might suggest that a female took her own life in this room. He took out his audio recorder in the hope of capturing a spirit's voice and asked "yes or no, did somebody die in this room?" Playing the audio back, he thought that it said "yes", but it was hard to pick the word out of the noise. He then excitedly said shouted "get out, a female said 'get out'."
Sandy went to a room known as "Jack's room" with the property's owner. The room was supposed to be home to a young boy who as the owner put it, "wasn't the brightest pixie in the forest". It seems like he was pretty much held prisoner in this creepy room, which even had bars on the window. 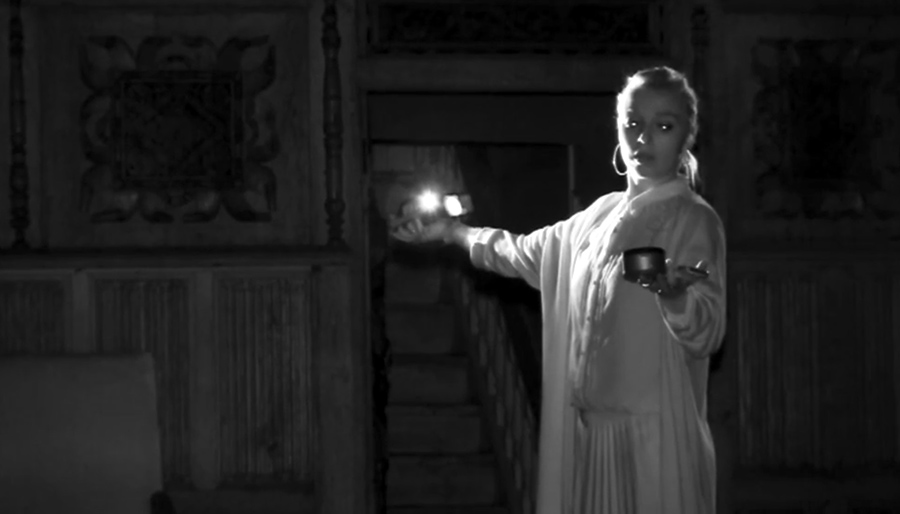 With the sun setting outside, the team locked down the house and prepared to embark on their night long investigation of the huge property. They had decided to focus on three specific hauntings, the ghost of soldiers in the grounds, the unknown female in the bathroom who may have taken her own life, and the spirit of Jack's room.
Barri decided to start his investigation in the bathroom, where Chris sensed the female presence earlier, but on his way up the grand staircase he stopped dead in his tracks after seeing a figure in the corridor, which he described as wearing a white dress. This was a great chance for Barri to investigate a genuine ghostly apparition up-close, but instead he did what most of us would do and ran back down the stairs, scared.
Thinking this might be the spirit from the bathroom, the team all gathered in the tiny room to try to make contact with her. Sat in the bath, Chris started to channel the spirit, which basically involves his breathing changing and after he gains some insight in to the spirit's state of being. After a brief chat with the spirit, Chris helped her move on with Sandy's help.
The team then split up, Sandy went to visit the spirit pond. She grabbed her trusty spirit box in an attempt to contact the legendary ghosts that haunt the area, but it proved to be quiet. Meanwhile, Barri was back in the house with an Ovilus, a ghost hunting gadget that spews out random words that spirits can interact with and change to communicate.
Suddenly a tumble dryer in the room he was in started making noises, Barri suspected that the spirits might have switched it on. He asked them to turn it off and after asking repeatedly, the spin cycle finally ended and the room fell silent again. Random words on his Ovilus then instructed him to sit in a child's highchair... so he perched himself on the edge of it, but we saw no more of this. It was unclear what the spirit wanted or why Barri was going along with it.
Sandy then went to explore a grand hall on her own. While stood in the middle of the room, Chris and Barri watch on a static camera from their control room. They see an orb move around the screen and Barri is very impressed. Although he did point out that 99% of the time these weird balls of light are nothing more than dust.

The team then moved in to Jack's room and placed some fruit and some water around a REM-Pod on the floor. The REM-Pod is triggered by static energy. Sandy called out, "is your name Jack?" And the device lit up and beeped. She then asked "are you alone in this room?" And the device gave out a sustained tone, Sandy took this to mean "yes", but a prolonged tone could have also been interpreted as "no, there's loads of us here."
Chris sits in the room alone and attempts to connect with Jack to help him move on. Chris says, "Jack, as long as you are telling the truth and you are a child and you're not a negative entity, I do give you permission to move into my body. There is an angel here that will then extract you and assist you and take you to the other side." Apparently the spirit accepted this offer and moved on.
For the final part of the investigation, the team head out in to the grounds to see if they can help the ghost of the soldiers who Chris thinks haunt the land. Here the team conducted another cleansing ritual in order to help the spirits move on, which again the team deem to be successful.
You can watch 'Help! My House Is Haunted' on the REALLY channel, which broadcasts in the United Kingdom and Ireland as part of the UKTV family of channels. You can watch REALLY on Freeview (17), Sky (142), Virgin Media (129) and Freesat (160), plus YouView, BT TV and TalkTalk TV.
Tags:
paranormalhelp my house is hauntedtelevisiontopicaldevongreat fulford manor