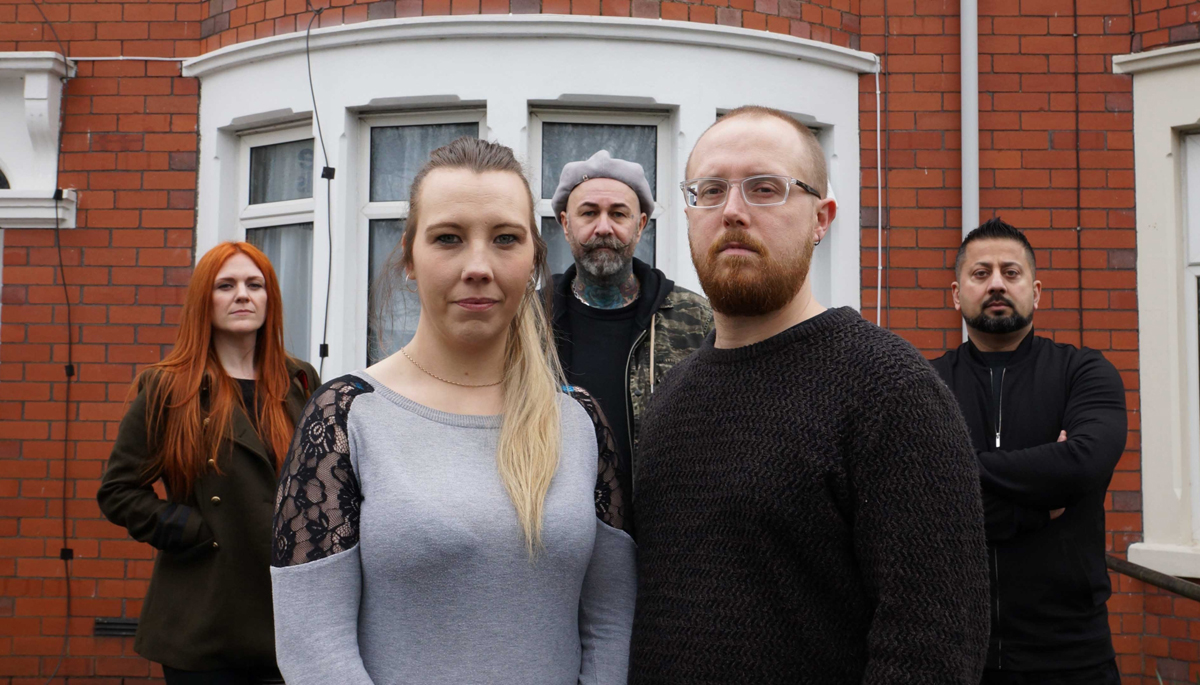 The 'Help! My House Is Haunted' Team Tackle A Black Hooded Figure In A Cardiff Home

The team are called to Wales in a brand new episode of 'Help! My House Is Haunted' which dropped on Discovery+ this week. In the episode, entitled 'The Hanging Oak', Ian Lawman, Jayne Harris and Barri Ghai head to Cardiff to help Charlie who claims she is being tormented by an oppressive black-hooded figure in her 1930s home.
En route to the property, Jayne tells us "this is actually the smallest city in Europe, I think." You think wrong, Jayne. Cardiff isn't the smallest city in Europe, or the smallest city in the UK. In fact, it's not even the smallest city in Wales. Out of the UK's 75 cities, Cardiff ranks the 17th biggest by population and the 18th biggest by area. Some say Cardiff is Europe's smallest capital, but even this claim isn't actually true.
Charlie tells us in the episode that she's experienced bad dreams while living in the house, the nightmares feature a prominent dark figure, which she has also seen while awake. Charlie has also found unexplained bruises on her body. Charlie's husband, Paul, said "quite recently it has affected our youngest daughter, we got the impression she was seeing things and it was pretty obvious she was trying to speak with something or someone."
Charlie added, "the help I would like off the team is to get rid of whatever is around me. I feel really scared, anxious, not knowing why it's here or what it's up to." 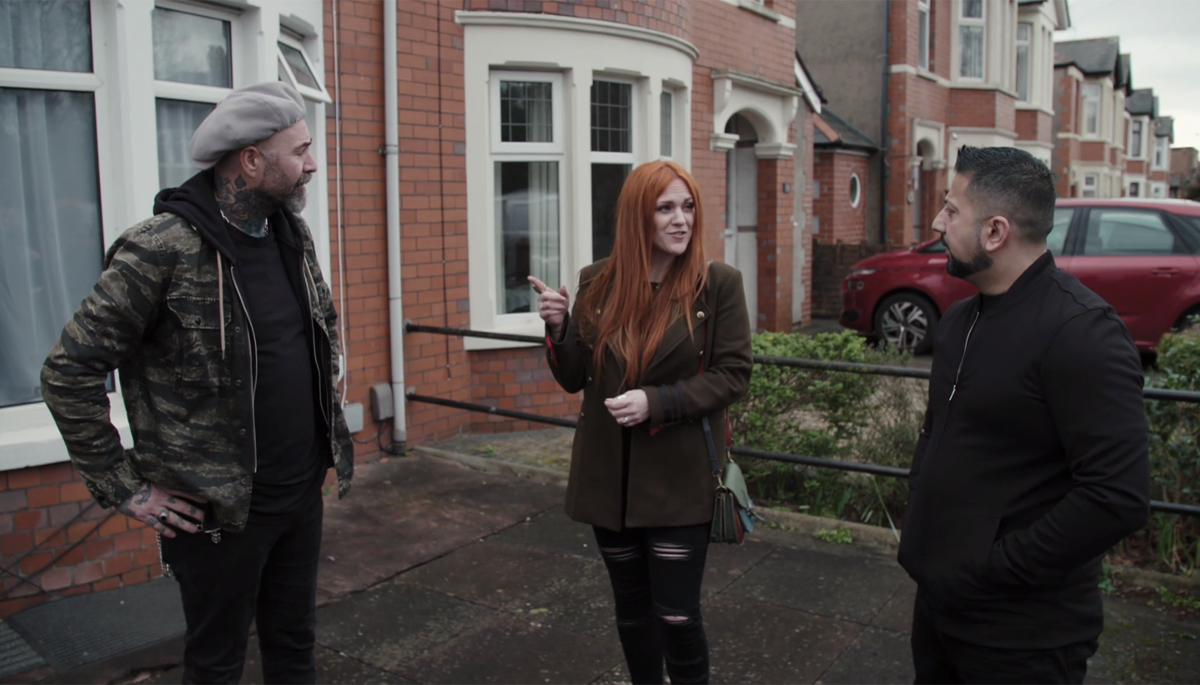 Ian is kept completely in the dark about the location in advance, but as they approached he shared his psychic insight with the rest of the team. Ian said, "I do feel more than one person is affected, but I do feel a female more so." He said that every time he tried to communicate he got a "mental block." He explained, "it's almost as if something is trying to shut me down."
The team split up after arriving at the unassuming property and went to conduct their own research. Ian stayed at the house to conduct his initial psychic sweep alone. As soon as he walked into the house, he was drawn into the living room where he felt strong links with the ground and was aware of tall trees. He felt they might be dealing with multiple spirits.
Jayne went to dig into the history of the local area by speaking to historian, Marion Loeffler. She learns about the Heath Oak, a hanging tree which according to local legend was situated near the house the team are investigating. This could tie in with Ian's feelings about a connection with the land and trees. 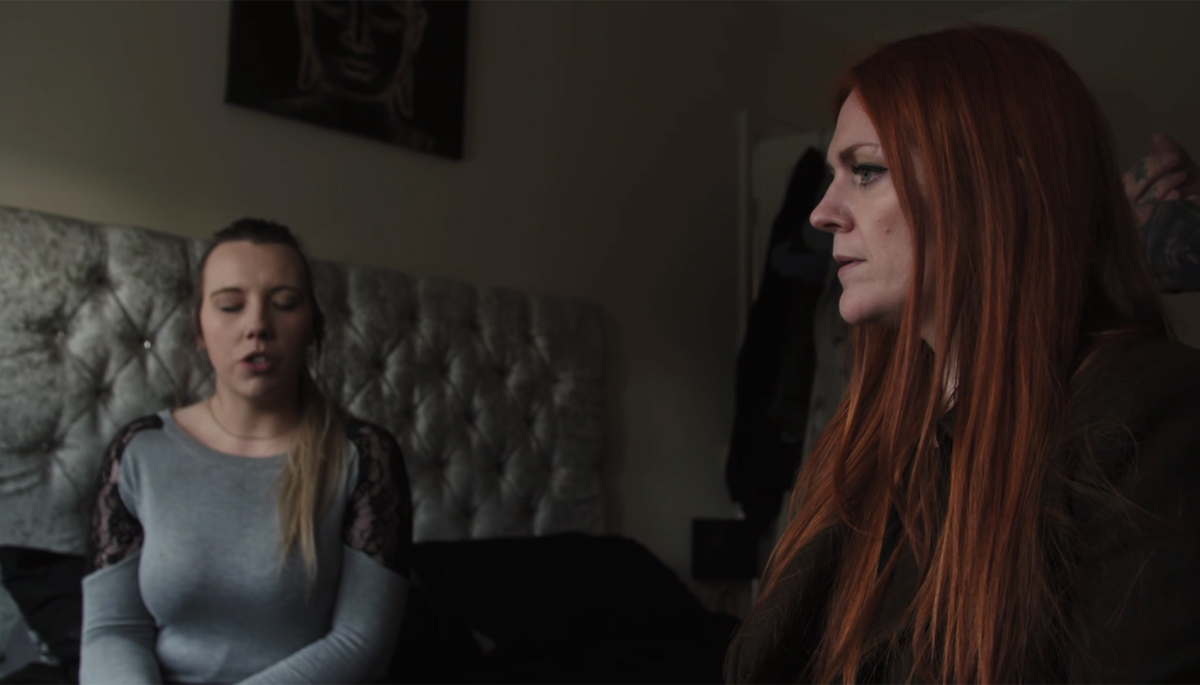 The team came together to share the findings from their initial research and invite Charlie and Paul to join them for the first part of their investigation. They begin in the living room where Jayne encourages the couple to call out to the spirits. Then Barri and Jayne take Paul and leave Charlie alone with Ian, where he puts her in a trance-like state. As Barri and Jayne watched on from the nerve centre, they noticed a static camera in one of the rooms violently move.
A little while later, Ian calls Jayne back in and says "I want to transfer some of the energy from Charlie to Jayne in the hope this spirit will give up some information about himself." It soon appeared as if Jayne was taking on the aggression of the spirit and became very rude and impatient, but didn't reveal any information. So, Ian turned back to Charlie, who gives up the name Jacob in relation to the spirit. Ian then broke the news to Charlie that she has a sinister attachment. 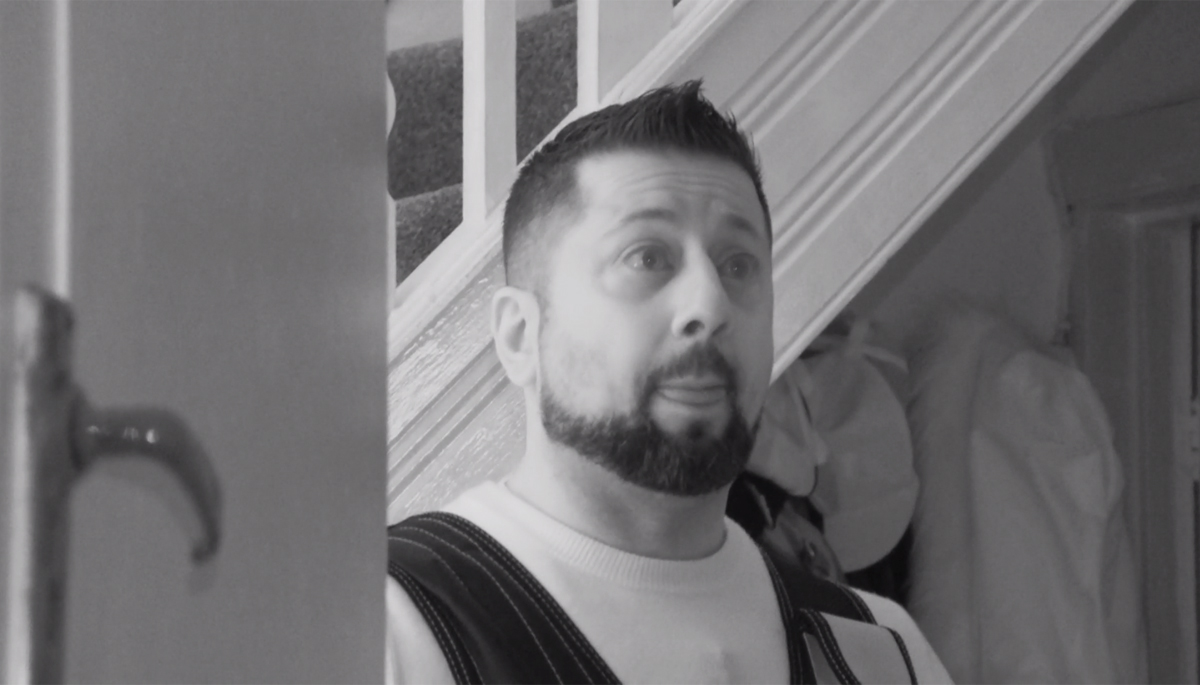 After the spirit triggers session, the team were left alone and locked down inside the house for their night-long investigation. In the first part of the vigil they heard what they believed to be threatening phrases like "get out" through their ghost hunting gadgets. One phrase in particular, which sounded like "leave this place" made Barri jump out of his skin and run from the room. It was a strong reaction for such a mild threat, but Barri was just getting started. Seconds later he jumped again when he thought he saw a dark figure in the same spot Ian and Jayne had seen something at different points earlier in the day.
Later the team use an Alice Box, which Jayne describes as a "psychokinetic device that will audibly announce responses picked up in the ether." Psychokinesis is a supernatural ability that's normally displayed in the living and allows people to influence an object or device without physically touching it. Presumably the Alice Box can pick up on this psi energy when it originates from the dead as well, allowing spirits to directly communicate with the box by selecting words from its database. They have several responses through the device, including what appears to be the names Paul and Charlie. These responses lead Jayne to believe that they were in fact dealing with spirits of people who had been hanged from the oak on the heath.

The team end their investigation by calling Charlie back in so that Ian can pray for her to move her attachment on. Then Jayne burns some sage to remove any negative energy lingering in the house.
You can watch the full fourth season of 'Help! My House Is Haunted' so far right now on Discovery+, with a new episode dropping next Friday.