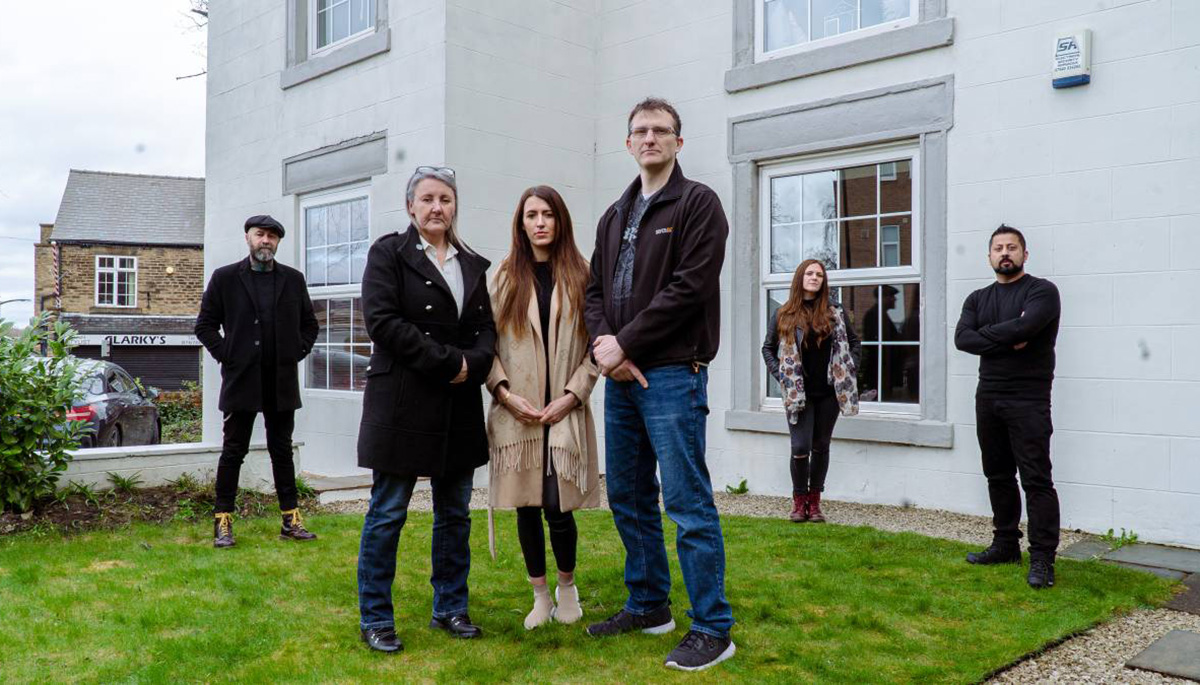 Episode eight of the third series of 'Help! My House Is Haunted' sees Barri Ghai, Jayne Harris and Ian Lawman tackle strange noises and frightening shadow shapes at a former doctor's surgery in South Yorkshire.
The property in Rotherham is home to two paramedics, Daveena and Paul Holmes. It had been a doctor's surgery ever since it was first built in the 1800s. Daveena said, "when we first started renovating the property we noticed things happening, unexplained noises, unexplained laughs, doors shutting on their own."
Paul said, "quite early on in the renovation project, I went on to the top floor and I just could not go into one of the rooms. It was almost as if my head was being squeezed quite tightly."
Daveena added, "there was one incident before we actually moved into the property while we were still renovating. I decided I was going to stay over, I was settling down in my sleeping bag and I could hear footsteps coming along the corridor."
Ian, the show's resident medium knows nothing about the case in advance, other than the map coordinates so his sat nav can get him there, but despite being clueless about the location, while en route he said, "I feel the location we're actually going to, I feel it's been renovated or it's had some work done, but I'm getting almost a medical feel to where we're going to."
He added, "I'm very aware of a gentleman who I feel pushing on my chest, also I feel there would be an older lady connected to this building as well, and she would have walked around, so I do feel she would have been sighted at some point."
Daveena backs this up. She tells us her youngest daughter once saw a "lady looking at her" in the master bedroom. 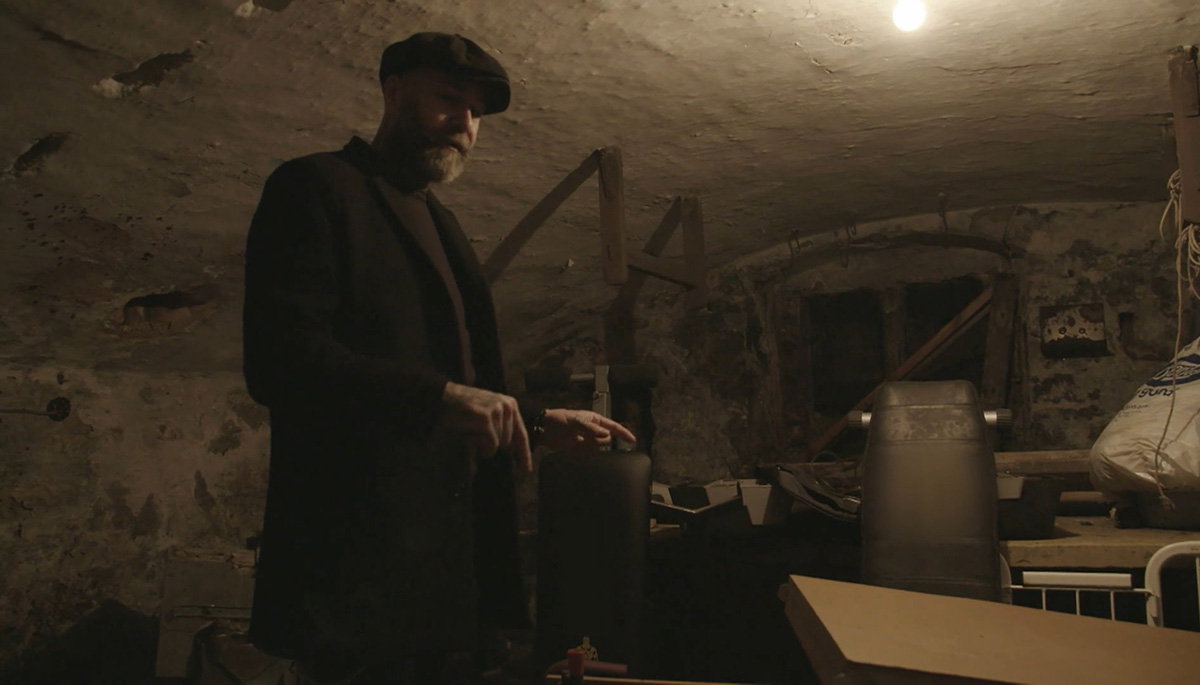 While the rest of the team were researching the history of the property and the local area, Ian began his lone psychic sweep of the property. Upon arrival, Ian said "the smell of medical just hits you as soon as you walk in, like a cleansed, cleaned environment."
Drawn to a room on the right, Ian said, "I'm very conscious of a little man just behind the door," stepping through into what is now the living room, Ian said, "my heart's racing while I'm in here. I do see a lot of people sat around, and all of them seem very nervous."
Elsewhere in the house Ian said, "I just saw a nurse shoot past me in a medical uniform, with the old-fashioned nurse's hat on."
In the property's eerie basement, Ian questioned whether there might have been more to the cellar, "I'm very conscious of bodies down here, so it would have been used as a temporary morgue for people who would have passed within the surgery."
On the staircase, Ian became aware of a very depressed and anxious male spirit who might have been wanting to take their own life. At the top of the stairs Ian said, "somewhere on this floor is where he would have taken his life." Eventually he concluded that he hung himself by throwing himself over the stairs. He added, "I feel he could have been a doctor or someone who was known to the area, and things could have got on top of him."

Jayne Gets The Lowdown On The House 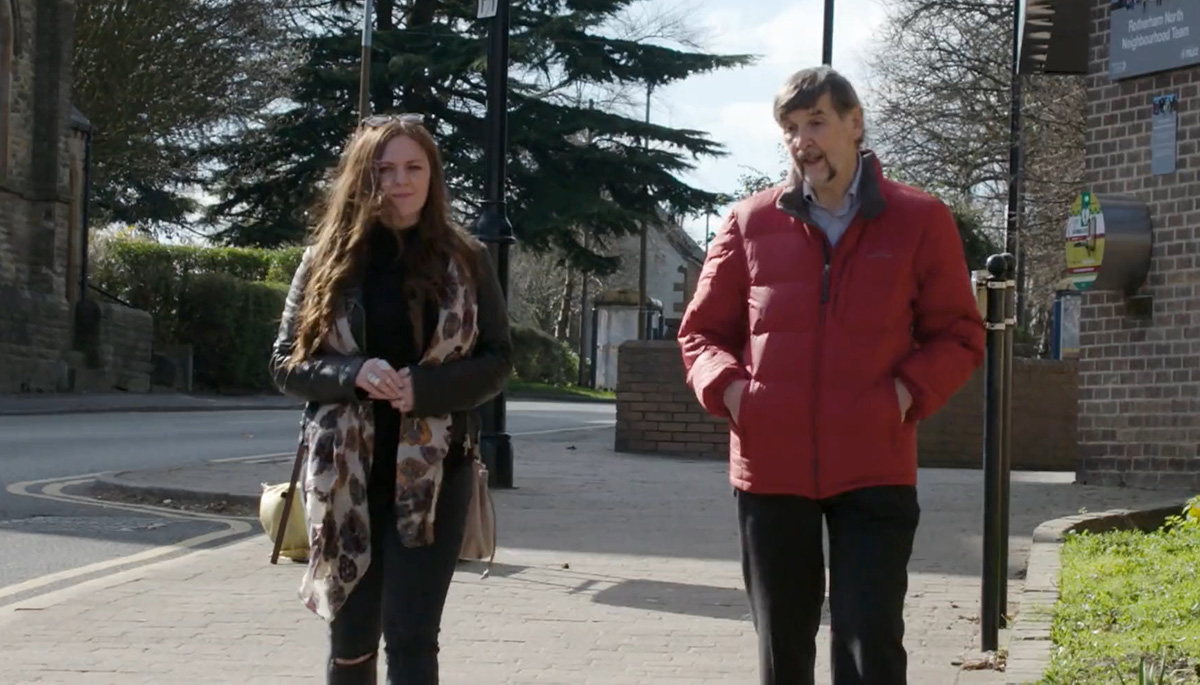 To try to find out more about the history of the property, Jayne meets with local historian, Alex Fleming. He told Jayne about some of the former residents of the house, including its time as the family home of Dr. Jones. Jones was practicing in the house as a GP, as we would call them today, and also as a surgeon until about 1900. It's said that during this time, a woman named Lisa Daley died in the property, it's possible this was due to a medical mishap.
Meanwhile, Barri had met up with Daveena's oldest daughter, Jessica, who lived in the property for two years after her mum and step dad bought the house. Jessica said she saw a shadow figure moving in the living room, this was enough to drive her out of the house for the night. She also experienced a disembodied growl.

The team came together to share the findings from their initial investigations, they then meet Daveena and Paul for the first time and ask them to help with a paranormal experiment where they planned to use the couple and Jessica to encourage the spirits to communicate.
This involved Jessica being isolated in her old bedroom, and Jayne heading to another bedroom with Paul to conduct an experiment called the Estes Method. He's wore a blindfold and noise-cancelling headphones to cut off his senses while the output of a spirit box was pumped in through the headphones.
A spirit box is a device that rapidly scans through the radio spectrum, as it does the sounds of white noise and fleeting snippets of radio broadcasts can be heard. It's believed that spirits are able to change or influence these bursts of audio in order to form sounds, words or even sentences.
The idea behind the Estes Method is to cut the participant off from all external stimuli, including the questions asked by the others. This means that if Paul hears a meaningful word or phrase through the device, we'll know he wasn't influenced by what is going on around him, making his understanding of the phrase much more robust.
Meanwhile, Daveena was downstairs with Barri calling out to the spirits in the hopes that Paul would hear the answers. The only word he heard was "Peter", after Daveena asked the spirit to say something. Daveena continued to call out and her and Barri experienced a strange knock on the table.
Still assisted by the family, the team continued with their investigation and heard a noise coming from the game's room. Footage taken from a static camera placed in the room showed that the door to the room has swung open on its own, before closing again seconds later. 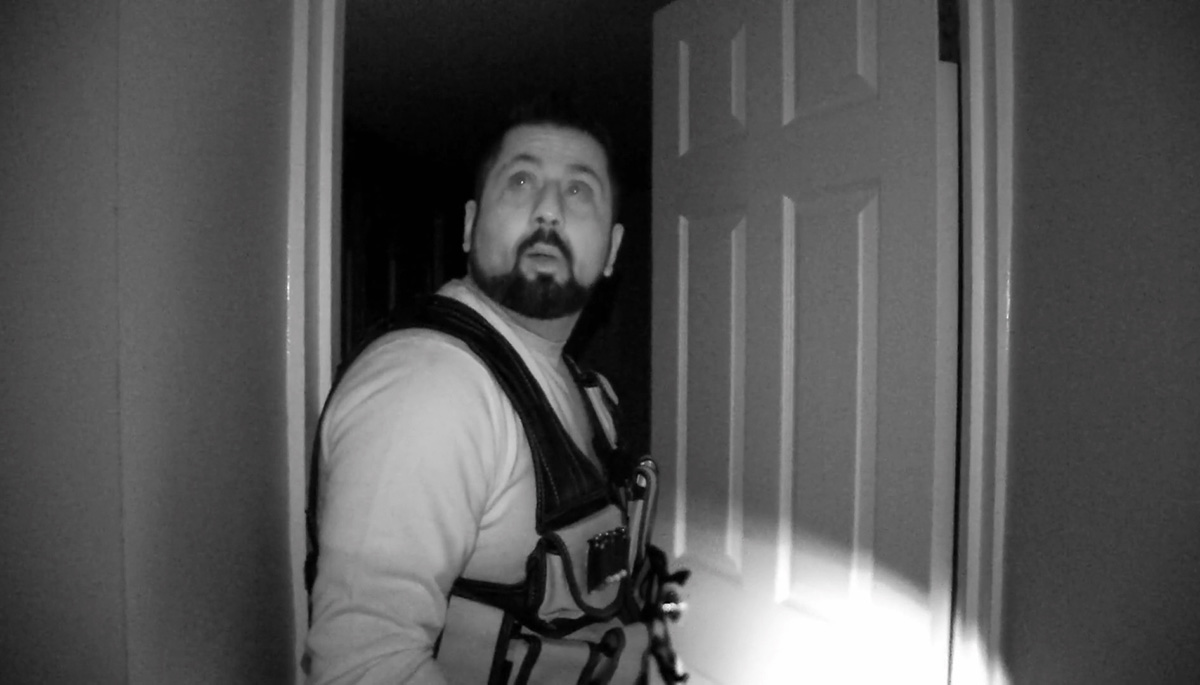 As darkness fell, Daveena and Paul lock up and leave for the night as the team prepare for their night-long investigation. The first scare the team get is the realisation that the attic hatch is open, despite the fact they're sure it had been closed up until this point. Ian takes a peek inside the attic and thinks he can see the beam that he believes a former resident hung himself from.
Barri said, "perhaps the reason why that's open in the way it is, is because that spirit needs to explain to you and show you that they did die from hanging, and how they died and where they died."
The team then go to Jessica's old bedroom as she felt breathless here during their earlier spirit trigger experiment. The team reported feeling the same shortness of breath. Jayne was using an SLS camera, a special type of camera that uses 3D mapping technology to detect human-like shapes in the darkness, it highlights them on its screen in the form of a stick figure.
Suddenly the SLS camera showed a strange glitching and dancing human-like figure floating in mid air near Barri. Could this have been someone dancing and twitching as they hung from the end of a rope? It's possible, although the sort of glitching seen is common with SLS captures.
A little while later after hearing some unexplained sounds, Barri felt like something had touched his hand. The team once again tried using a spirit box. Ian asked the spirit to confirm its name and a noise instantly came through, which the team thought sounded like "Peter". They had several other responses which they believed confirmed that Peter is the male spirit of a doctor who took is own life in the house.
While Barri reviewed the audio they'd just captured, Jayne and Ian went to the first floor sitting room armed with the EchoVox app. This app pre-loaded with the phonetic sounds that make up every English word. The app randomly spews out these sounds and it's believed that spirits can affect the random nature of this app in order to form the words they are trying to communicate.
It didn't take long for the app to give its first response, that sounded like "Ian". The app then seemed to say "Lisa" in a female's voice, could this be the spirit of Lisa Daley who is said to have died in the property? If it is, the next thing she did was ask for "help".
Now on the trail of Lisa and believing her body might have been stored there, the team headed down to the cellar. They heard lots of sounds all around them in the cellar, unfortunately the sounds either weren't picked up by the camera, or were drowned out by the show's atmospheric background music, but this combined with more spirit box responses had the team convinced that the spirit of Lisa was indeed present in the house, as well as the spirit of Peter.
Towards the end of the investigation, the team go back to Jessica's bedroom to try to communicate with Peter and find out why he took his own life.

The episode ended with the team attempting to help the spirits trapped in the house move on. This involved burning sage in the cellar and taking part in a ritual lead by Ian in the dining room with the aim of helping the spirits move on.
It was another strong episode and great location. Although West House looks like a very modern and luxurious home, this is down to some high quality renovation works which really hide the true age and history of the house. It's literally as if the secrets the house holds have been plastered over. The only hint at the true age of the house is its atmospheric stone cellar, which remains relatively untouched.
The team got some strong and convincing audio responses using various methods throughout the episode, many of which contributed to uncovering the true story of the house.
When the team revealed their evidence to the family, they also revealed some interesting photographs taken during the investigation using a special night vision camera.
You can watch the whole third season of 'Help! My House Is Haunted' right now on Discovery+, as well as the show's whole back catalogue. 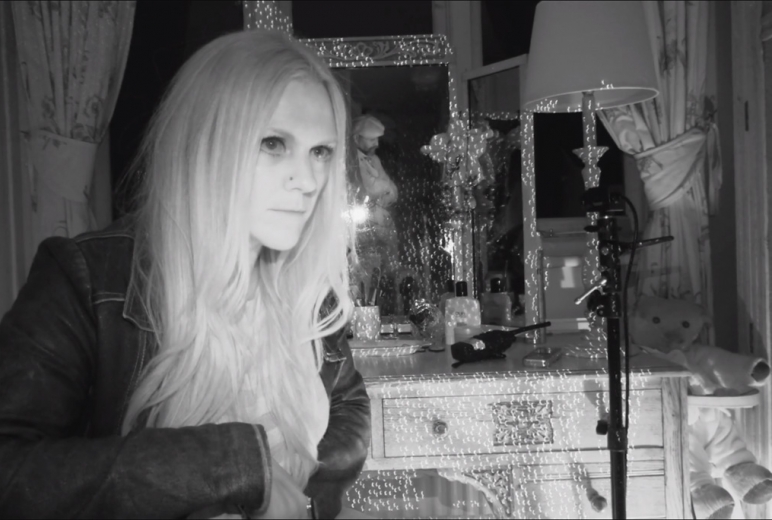