Help! My House Is Haunted: 'Murder At The Museum' - Series 3, Episode 5 Review 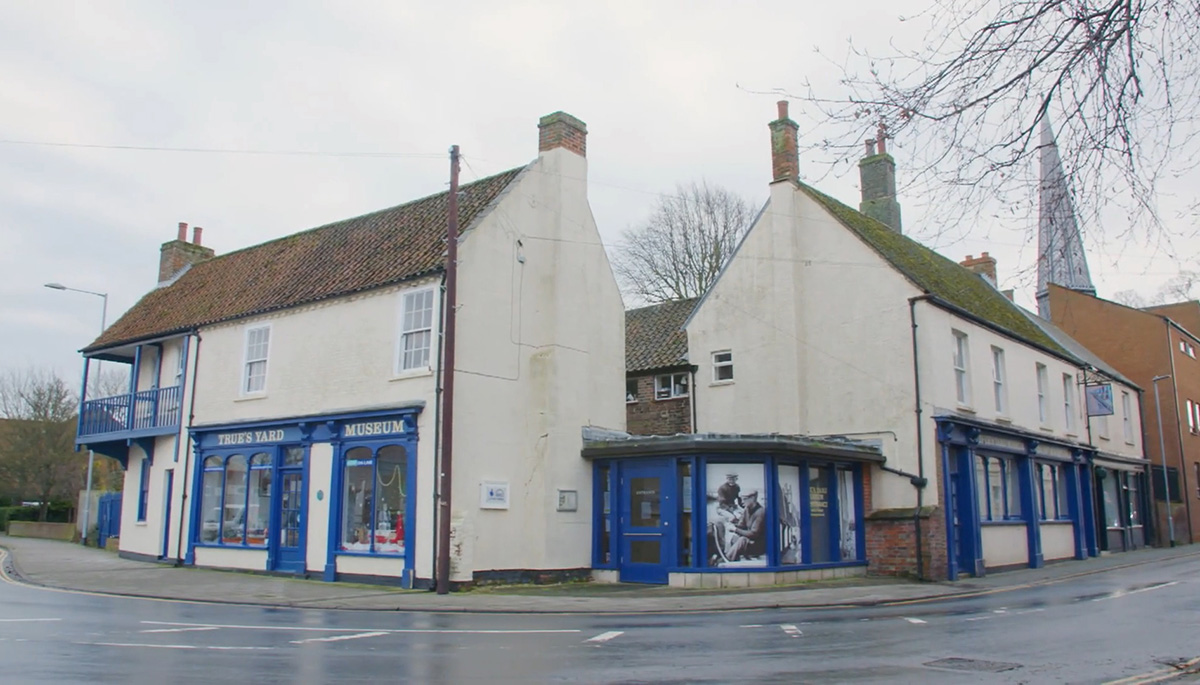 Barri Ghai, Jayne Harris and Ian Lawman are called to True's Yard Fisherfolk Museum in Norfolk, where there has been reports of ghostly sightings, strange noises and a violent child spirit.
The curator of the museum in King's Lynn, Lindsey Bavin, said "we had this apprentice here at one time, who said she had this feeling going up the stairs of something pushing her. We had one staff member who just did not want to lock up on her own, she did not feel safe around the site."
But, the most frightening experience happened to Lindsey herself, when she experienced a sudden drop in temperature. She said, "there was just this strange feeling of anger in the room." There's also supposed to be the less sinister spirit of a little boy called Timothy.
Lindsey just wants answers, she said, "it would be good to know why they're here and what they want. Why are they so active? Is there something they're trying to tell us or do they want to move on but they can't?"
Ian is clueless about the location as he makes his way there on a rainy day. He describes following his sat nav to a mystery location as "quite exciting". Before he even arrived at the museum in the north end of the town, a former fishing community, the psychic medium had some insight into the location. Ian said, "I feel there's a connection with water somewhere". Ian also mentioned that he was seeing nets, he clarified, "I'm not going to say fishing nets at this point, but I do see some kind of nets."
Ian said he was also picking up on something "quite dark," he added "someone could have potentially been murdered, or there's quite a sinister story going on here." As he got nearer he determined that there was a murder in one of the buildings. 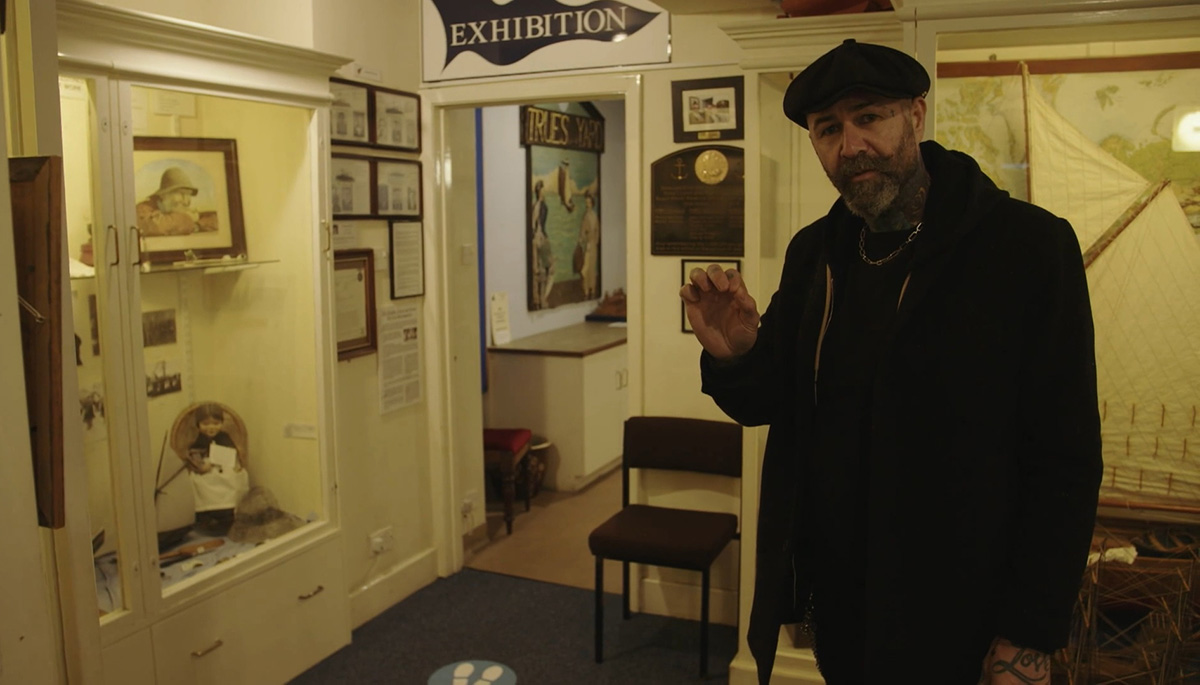 As always, Ian is the first to arrive and embarks on his initial walk around the property. He experienced his first strange incident almost straight away when he said he could hear talking. That sound wasn't picked up on camera, and it wasn't clear whether this was a psychic experience or a real auditory phenomenon.
Leaving the main museum building, Ian continued his walk around in a cottage that makes up part of the site. In this quaint period property Ian became aware of an uneasy feeling, which could have been an argument in the past of some kind. Moments later he saw a vision of a lady sitting in a rocking chair. In one of the bedrooms he felt as if someone suffered from a sickness there.

Jayne Delves Into The History 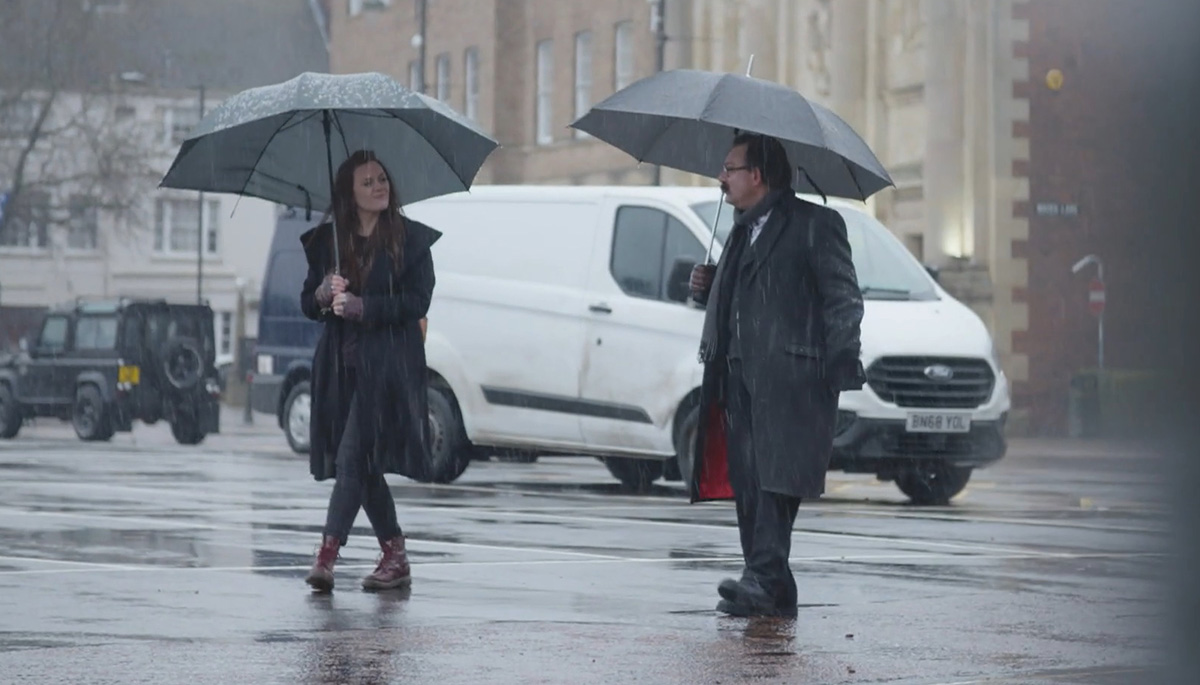 By the time Jayne arrived in town to meet local historian and author, Neil Storey, the rain had turned to snow. Neil is an expert on the witch trials that took place in the town in the 16th century, including the grisly details of the execution of convicted witch, Margaret Reed.
Jayne later met Dr. Paul Richard, who told her more about what life was like in the past in the historic fishing community. One name he mentioned was Loll Bennefer, who apparently had 17 children in the cottage Ian had been walking around. It's said that she had an argument with one of her children and hit him on the head with a rolling pin and killed him. This could well have been what Ian was picking up on.
Meanwhile, Barri was meeting with Nicola, who's been a volunteer at the museum for five years. Nicola tells Barri about the paranormal activity she's experienced there. She said, "I believe it's a little boy named Timothy," she continued, "I've only seen like a shadow by the door". Nicole says the shadow was child-sized. 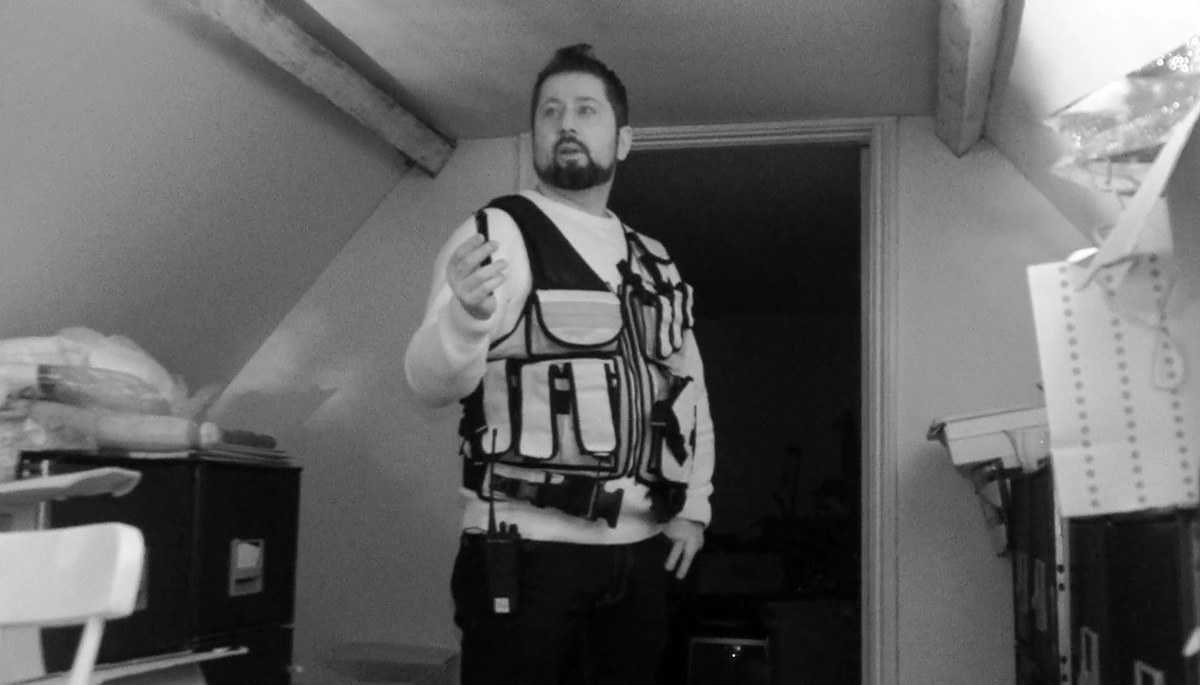 After their initial investigations, the team came together to share their findings. They then conducted a spirit trigger experiment in the education room with the help of Lindsey. The idea is that they gathered together and sung a sea shanty in the hopes it would stir up the spirits. The experiment didn't result in any noticeable activity, but Ian said he picked up on the sound of tankards banging together as if accompanying the song.
With darkness falling outside, the team prepared for their night-long investigation. Barri had rigged eight static night vision cameras around the museum, and after Lindsey had locked them in, the team began their investigation in the reading room.
Barri was using a Mel Meter, a type of paranormal multi-tool that has an EMF meter built in. This tool gives you an indication of changes in the strength of electromagnetic flux. As the numbers of the device started to climb, a similar device placed on the table also triggered. Barri said, "spikes may indicate that there are spirits near by".
Ian then became aware of a child spirit in the room, but it wasn't a boy called Timothy, but a girl. Could this be the same spirit who's perhaps been misidentified in the past or another child spirit all together?
Later the team split up, Jayne went alone to the cottage within the museum's grounds where Loll Bennefer's used to live. She attempted to contact her by knocking, often investigators ask investigators to know twice for "yes" and once for "no". Jayne did get some knocks, a promising start, but the experiment didn't seem to go any further.
Meanwhile, Barri went to the attic where a staff member reported being pushed. The attic proved to be fairly quiet, although his REM-Pod did trigger a couple of times. A REM-Pod is a ghost hunting gadget that senses changes in electrostatic. If anything gets close to it, it beeps and lights up.
As they neared the end of their investigation the team re-grouped, although they had some interesting experiences, they hadn't been able to make direct contact with the spirit of Loll. So, Ian went into a "deep meditative state" in order to channel the spirit, allowing Barri and Jayne to ask her questions directly.

The investigation ended with a cleansing ritual around the museum. Ian said, "it's been a very intense evening and it's finally at an end".
Although not strictly a house that's haunted, True's Yard Fisherfolk Museum did look like a fascinating location with plenty of atmospheric areas to investigate. Some of the most interesting areas were the reading room, where a Mel Meter was seemingly knocked out of Barri's hand, and the Bennefer's cottage where an unidentified mysterious sound was heard that seemed to be a rocking chair moving - the same rocking chair Ian had seen a female spirit sitting in earlier.
The findings mostly relied on Ian's psychic insight, although they did capture some evidence as well. At one point Jayne captured an EVP which she thought was saying, "I'm Loll". An EVP, or Electronic Voice Phenomenon, is a form of spirit communication that involves capturing the sound of spirit voices in audio recordings. While some viewers might struggle to make out the garbled words, Barri called it "one of the best EVPs I've heard in a long time."
You can watch the whole third season of 'Help! My House Is Haunted' right now on Discovery+, as well as the show's whole back catalogue.