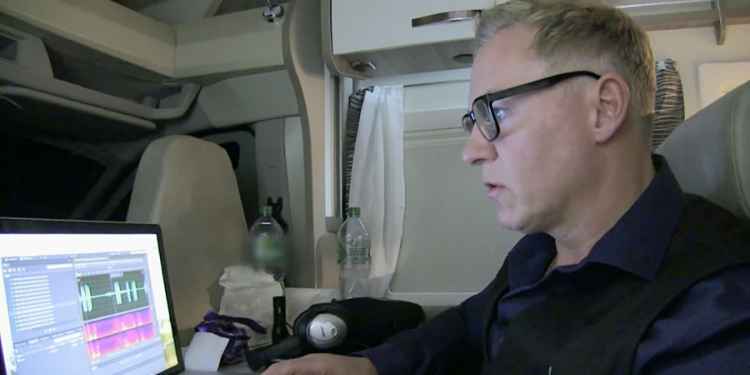 We all know that footage gets edited and cut down for television, especially on paranormal shows when producers can come away from a shoot with literally hours of footage of an investigation that they need to cram into an hour long show. Which is why Chris Fleming has been sharing his unique insight into the production of 'Help! My House Is Haunted'.
Chris, the show's psychic medium has been posting detailed accounts of exactly what happened during the filming of series, two of the show. In the second episode Chris is as always joined by Barri Ghai and Jayne Harris as they investigate Stable Cottage in Buntingford in East Hertfordshire.
You can read our full review of the episode here, but some of the standout moments from the investigation were the moment when had an emotional encounter with the spirit of father and impressive EVP capture.
Be sure to follow Chris on Facebook and Twitter to make sure you don't miss out on the latest from #HelpMyHouseIsHaunted, and read what Chris has to say about episode two below... 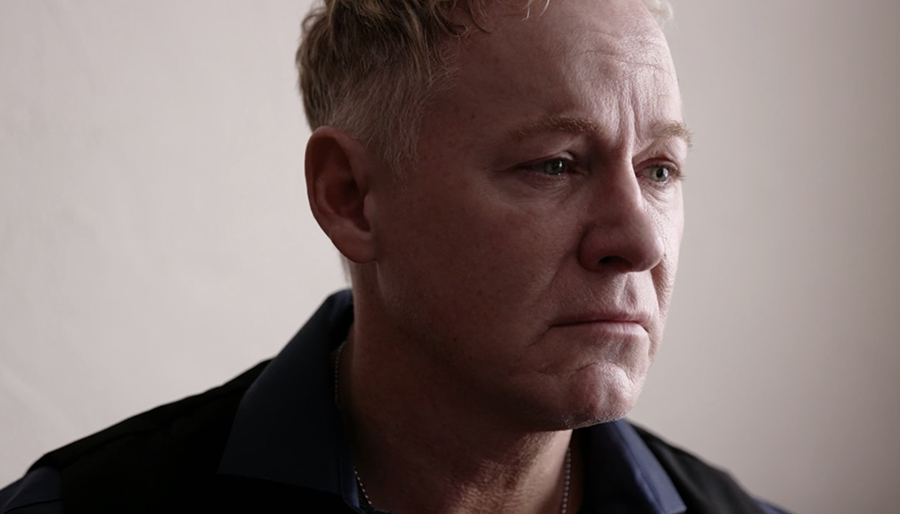 Why did you get emotional when speaking with the father? Why wasn't he reunited with his daughter when he died or the daughters reunited with their father?
Our lack of understanding of death and consciousness has a lot to do with this answer. We must ask, at the time of death what was the person consumed with mentally and spiritually? Our thoughts, especially when no longer contained in a human body by 3 dimensional aspects, is now broadcast into a bigger dimension that is not ruled by time and space but by pure thought. That thought can either free us or imprison us.
When I felt the man, at first he was very protective and upset. I felt him trying to keep me out, but then he retreated realizing I was not afraid. When I shared why I was there, he began to open up to me. I felt his pain, I saw in his heart how upset he was that he had been separated from his daughters. This had kept him in a prison. He got even more emotional as he relayed his emotions to me. As a medium and an empath, I tend to feel and then channel simultaneously a spirits emotions. That is why I got upset. To lose a child, or even two is a huge burden. Upon death, many spirits want to be with their families and if they don't find them, it can be torture. That way I can feel, what they feel and sometimes see and hear what they hear. I was grateful he allowed me to connect with him. He saw in my heart I truly was there to help.
Some how, his death and their deaths created for them different levels of existence. This dimension kept one in one place and another in another place. Not all spirits cross over, heavy emotional burdens can bind us to this plane. Because of free will and freedom of beliefs. This will take us to different places when we die and no longer decide in the 3rd dimension. We now are bound to a different dimension that creates what we think about. If two are thinking differently, those frequencies will not be aware of the other.
The goal was to bring both those frequencies together.
We have seen in many Near death studies people that have come back have shared how their thoughts, what they were thinking and feeling propelled them to different levels of existence. To dark heavy places or to light, beautiful places.
We have to ask ourselves, do we know how to get to heaven? There is no road map in the afterlife that we know of, except many spiritual leaders and Christ himself that speaks of “I am the way” while here on earth. Christ states my teachings, will guide you to the light. Other spiritual leaders who have taught during the time, shared the same thing... Proper thoughts, love, respect, etc filled with trust and faith can guide us here in this life "AND" in the afterlife. The problem is not everyone spends time preparing or thinking about it until its to late.
What we reap we sow, as they say.
The fathers emotional vibrations kept him in one dimension while the daughters were looking for him in another.
The gateway is what is in our heart. Heaven is inside all of us, our thoughts, our beliefs are the key to what door opens up for us in the afterlife.
Create and choose your key wisely. Or it might open up the wrong door.

The Bedwell EVP & Other EVPs 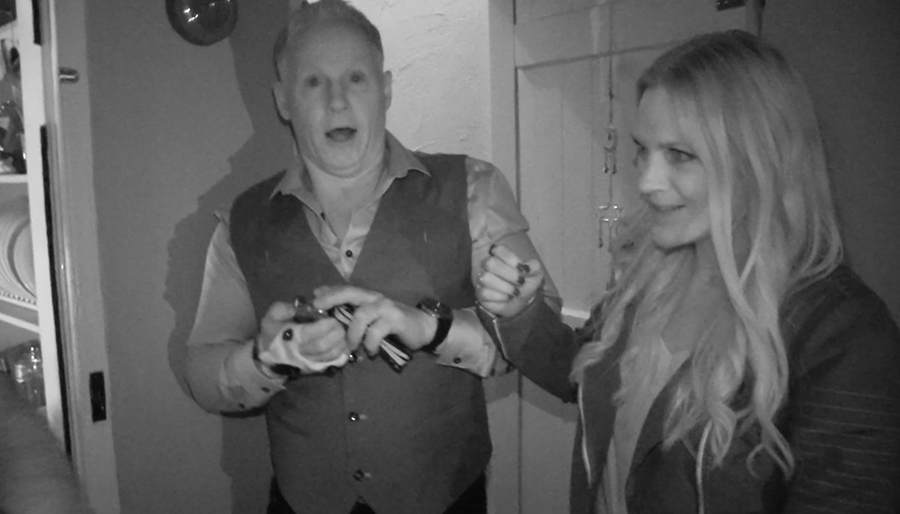 The Bedwell EVP
The thing that excites me with EVP is when you get a clear response to a specific question. We were getting the word Hannah on EVP, but to ask a spirit what is its first name and last name and to hear both the first and last - Hannah Bedwell - is extremely rare in EVP. The excitement is having the three of us all hear it at the same time. That to me is like striking gold. I get extremely excited about things like this, as you can tell. That excitement goes back to my childhood and to me it is validation. EXACTLY what we three are looking for when we investigate a home. Proof of who is there.
The Dog EVP
Having lost pets in my past, and knowing how much many of us care about our animals. When I felt a dog spirit when we pulled up and during my walk through, I had to ask them about it. Finding out they did in fact have a dog. Letting them know it was still around was important. But for me that isn't always enough. I wanted spirit to verify it for them. Having had verification from my pets after they passed, I felt we had to try and see if their dog would speak to them. This to me was a very special moment. To have the pet respond in kind, allowing its owners to hear, so they know that their pet is alive in the afterlife and that the dog, like all animals has a soul.
There were many EVPs captured during the walk through and investigation. It was difficult to review them all and make sense while the investigation was going on. We did the best we could. What is interesting is we have all these spirits on audio speaking to us, along with others who came forward. Most importantly we had a father looking for his daughter and the daughters looking for their father. As well as Hannah Bedwell looking for her baby and wanting to go to heaven. It was extremely heartwarming to know they all became reacquainted and helped each other find peace very quickly during the investigation. In the EVPs you hear a few negative spirits show up because of what we were doing. They do not like spirits finding peace. We have heard about the gateway a lot. I also have been experimenting with consciousness and believe there is multiple levels of thought. Spirits can get trapped into. The gateway is a doorway to another dimensions. My theory is there are multiple doors some can be opened through consciousness. Some are kept closed, for good reasons.
Click out the video below to hear the amazing EVPs that never made it on the show.

If you missed episode two of 'Help! My House Is Haunted' you can watch on demand on dplay now.
The series continues as part of the Really channel's #Freakend event. Watch in the United Kingdom and Ireland as part of the Discovery family of channels. You can watch Really on Freeview (17), Sky (142), Virgin Media (129) and Freesat (160), plus YouView, BT TV and TalkTalk TV.
Tags:
paranormalhelp my house is hauntedtelevisiontopical