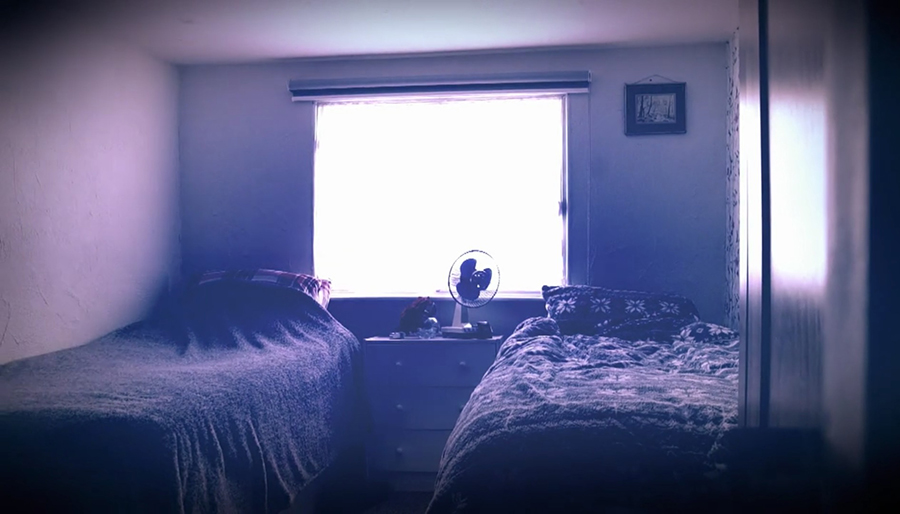 In the second episode of 'Help! My House Is Haunted', the team investigate a case that proves emotional for some of them, as a past murder case stirs up an outpouring grief at a Grade II listed cottage.
Barri Ghai, Chris Fleming, and new team member, Jayne Harris, head to Buntingford in East Hertfordshire, armed with specialist paranormal equipment to gather evidence and communicate with spirits, in order to find out what they want and help them move on.
This week they've been called to Stable Cottage by residents Sarah Anthony and Henry Bonfield, who say they have been tormented in their own home by a series of unexplainable events. They claim they've experienced a range of activity, including seeing shadows crossing the room, and even an apparition of a man at the end of the bed.
In true 'Paranormal Activity' style, they installed a security camera in their kitchen and found that every night they captured orbs on camera. Although often dismissed as nothing more than dust, some believe these balls of light visible on night vision cameras to be the first sign of spirit manifestation.
Sarah and Henry think the ghosts that haunt the property could be the spirits of two little girls, and their concern is that they might be trapped in the property and want the team to help them move on. Henry said, "I believe this house is a very active house. I think it's seen a lot of goings on in its time." Will the HMHIH team agree? 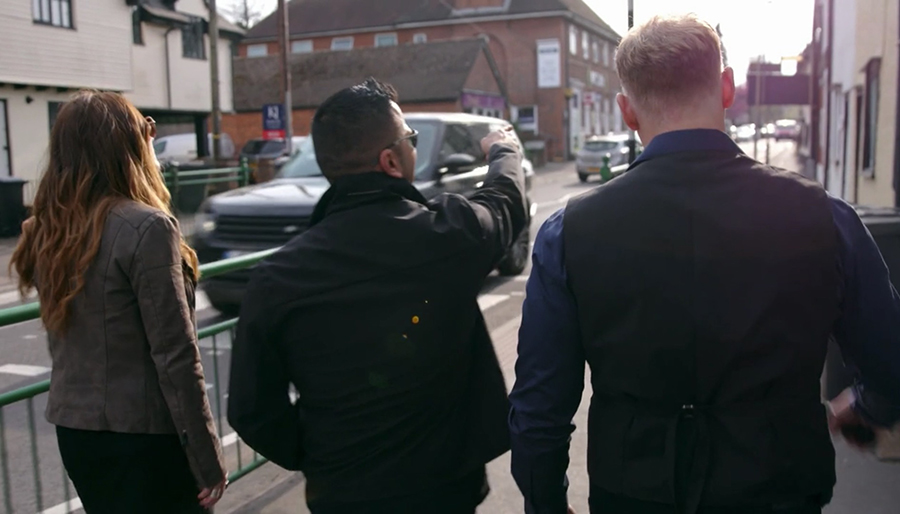 The team pull up outside the cottage, part of a row of historic homes, in their luxurious camper van, which houses their mobile control hub. The team spring to action to find out about the background of the haunting. As Barri and Jayne head off to discover more about the building and the town's links to the paranormal, Chris begins his investigation alone.
As the show's psychic medium, Chris prefers not to know where he's going in advance. He said, "I don't like to have any details of the location I'm going to. The reason being is, I like to go in there completely cold and pick up whatever I get, whatever I feel" but even before stepping into the house he picked up on the vision on a little girl with dark hair and bizarrely the image of a horse.
He started in the garden and got the sense that something was buried there, after considering what he was picking up on for a moment, he then came to the realisation that it was a baby.
Now upstairs in the house, Chris suddenly became very emotional when he realised that a former resident had lost a daughter here. Tearful, he said, "I'm feeling your emotion, your emotion is flowing through me. Allow me to understand more, maybe I can help you." Chris thinks that's why the spirit remains in the house, because he is a father who misses his daughter.
Later Chris is downstairs and by this point feels like he's dealing with multiple spirits and thinks one of them might be an animal spirit. Holding a digital audio recorder in one hand, Chris calls out to the spirits, "is there a dog spirit in this house? If there is, please bark or growl, so I know you're here."
When Chris played back the audio he can be heard saying "is that a growl?" and a reply on the recording appears to say "yes". Although the voice is gruff, we don't think it's the voice of a dog, but perhaps one of the other spirits.

Barri Gets Some Background On The Haunting 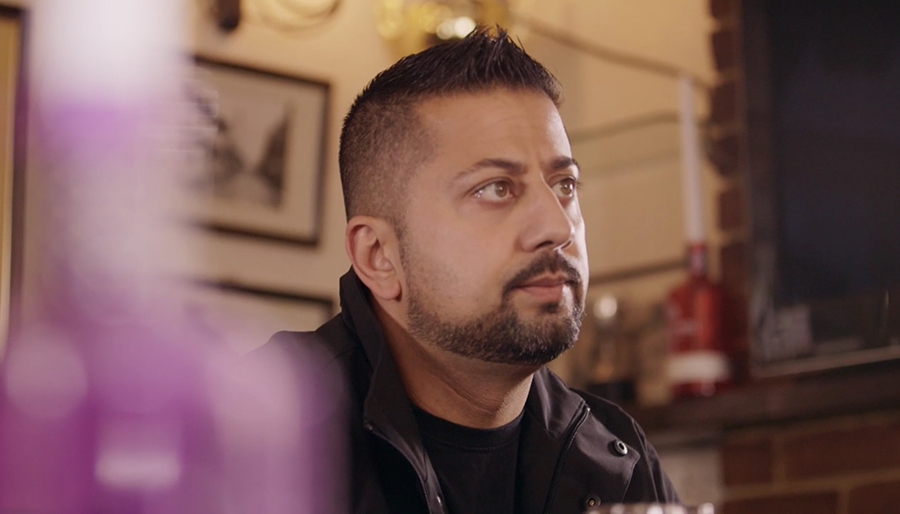 In a nearby pub, Barri met another resident named Kelvin who says he had his first paranormal experience in the house after about a week of moving in. He saw a dark figure move past the kitchen window.
Kelvin also told Barri that he had a terrifying encounter one night when his bed seemed to be lifted up from the floor. He said at the time he felt paralysed.
Kelvin thinks there are at least four spirits in the property. He thinks there are several children, because the shadows he sees look like a group of children. He says that there's also the spirit of an animal. Barri asked him what type of animal he thought it was and Kelvin said "I think possibly a dog," which of course tries in with what Chris has picked up on.
Jayne had gone to meet local historian, Jenny Dingley, who told her more about the Old Bell Inn, which is a Grade II listed building with a considerable supernatural history, as it was the market town's oldest and most important inn. Jenny had brought along an old map of the area that showed that the the home they are investigating is part of a row of cottage that closely connected to the inn's old stables were.
According to Jayne there was a séance held in the inn in the 1940s which brought up the name Hannah Bedwell. Jenny thinks that this might be related to the story of a serving maid who worked at the inn. She had a child out of wedlock, so to hide her secret from her father she killed her child in the night. 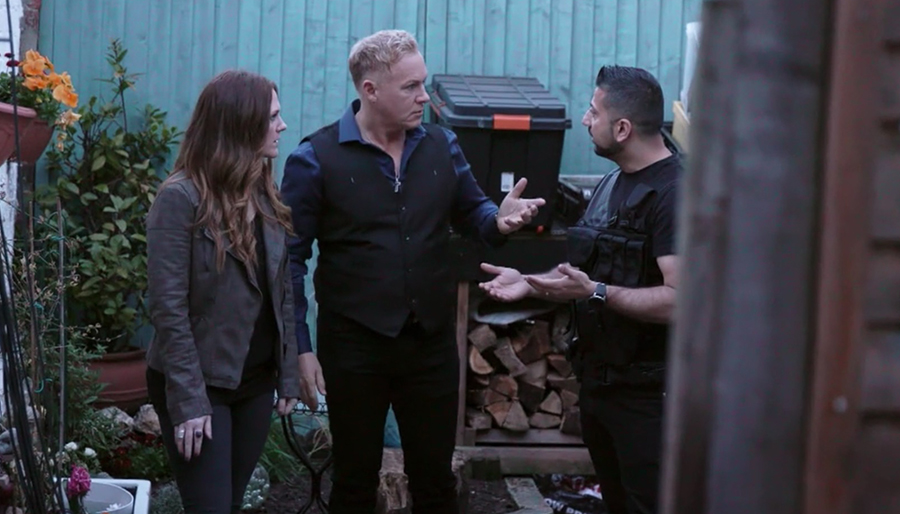 The team regroup to exchange what they've learnt and meet with the concerned residents. Jayne suggests they start off in the living room where they play some white noise from a radio to try to increase the energy in the room. This experiment seemed successful, as they heard words and phrases coming through, including what they thought was a girl's voice and the name Hannah.
Jayne asked, "is Hannah Bedwell here?" and Barri heard a clear voice saying "yes", but no one else could hear it apart from resident Henry. Barri then made the discovery that, like himself, Henry is deaf in his left ear. Could this be effecting how they hear the sounds and making the spirit voice audible to them?
Having sensed a dog earlier, Chris wants to try to make contact with the spirit again, which he has since learnt could be the spirt of Sarah's dog Lou Lou, who recently died. Chris asks Sarah to call her dog, while recording audio on his digital recorder. When Chris plays back the audio there appears to be a noise which sounds like a dog barking on the recording. Henry said, "yeah, that was Lou, that was her bark." Sarah agreed. 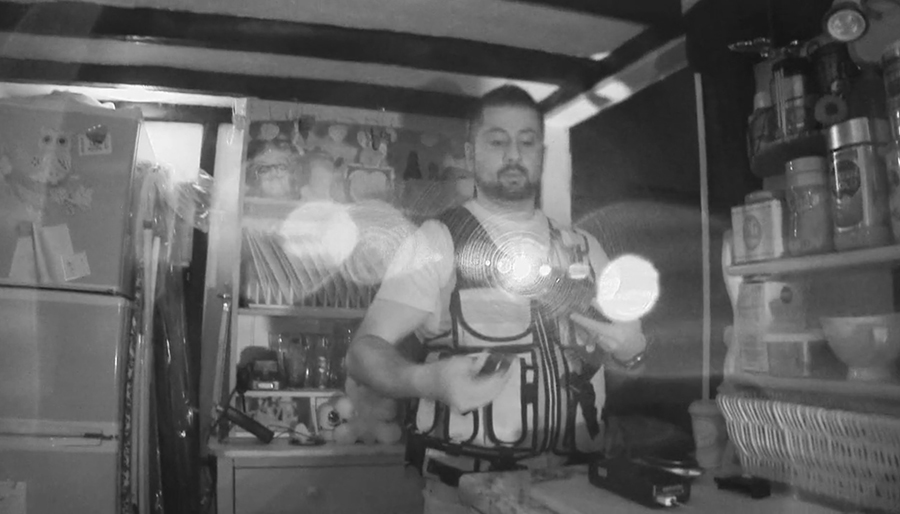 As the light fades outside, Kelvin, Henry and Sarah leave, and static cameras are rigged around the property. The team are then locked down inside the cottage for a 12 hour investigation through the night. They started off in the kitchen where a repeating apparition is said to have been seen by Kelvin at around midnight.
Barri was initially alone while he was setting up his kit, when suddenly a fridge magnet fell off the fridge for no apparent reason. Moments later Barri trained his SLS camera on the fridge. The device maps anomalies invisible to the human eye by measuring changes in an invisible laser grid it projects. The gadget's screen alerts Barri to a possible presence near the fridge, shown as a dancing green stickman on the camera's screen.
Sadly, on this occasion the apparition didn't make an appearance in the allotted window. Barri says, "this is a massive setback," adding "I was really hoping we'd get something with Kelvin's ghost."
But there were other leads to follow, and Chris and Jayne were on the trail of the ghost of Hannah. Again using his trusty audio recorder, Chris called out "what is your name? We know Hannah." On replaying the audio, a noise could be heard that sounded like a voice saying "Bedwell". The team were understandably pretty impressed by this accurate piece of audio response. 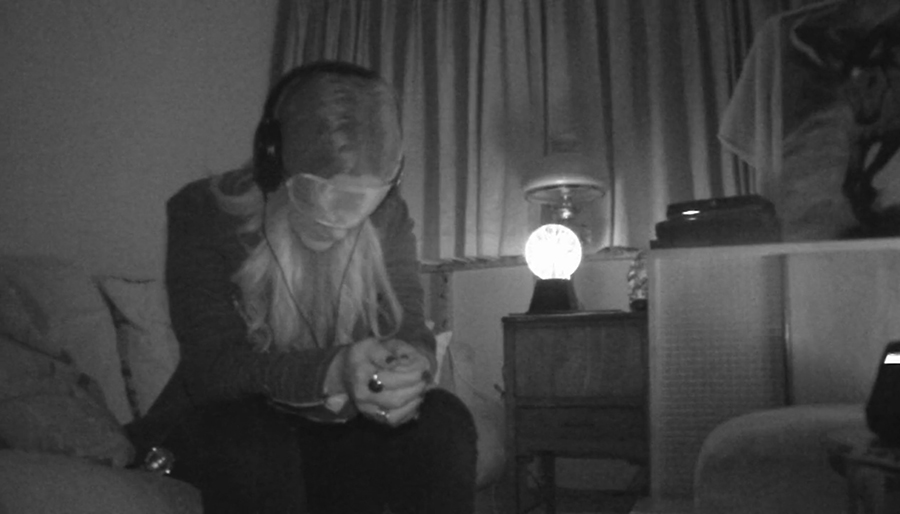 Jayne moved to the living room with Barri to try a de-sensitisation experiment, which involves her having her senses cut off with a blindfold and headphones. Meanwhile Barri had various ghost hunting gadgets to try to encourage the spirits to interact with a now very vulnerable Jayne.
After checking that Jayne couldn't hear anything he was saying, Barri started calling out, "Hannah Bedwell, if you can hear my voice and you're still looking for your child [...] please say something through the spirit box." A spirit box is a device which scans through radio frequencies and produces white noise, it's said that ghosts can use and manipulate these sounds to communicate.
Barri then called for a direct action, "can you touch Jayne's leg? Place your hand on her leg." Moments later the spirit box started going crazy and Jayne jumped and reported feeling as if someone had touched her leg. She said afterwards, "I felt like someone small has been stroking, and then brushed past my leg."
After this the spirit box fell oddly silent and Jayne felt something, like a finger, move up her back. She said, "I felt something on my back, that's horrible." 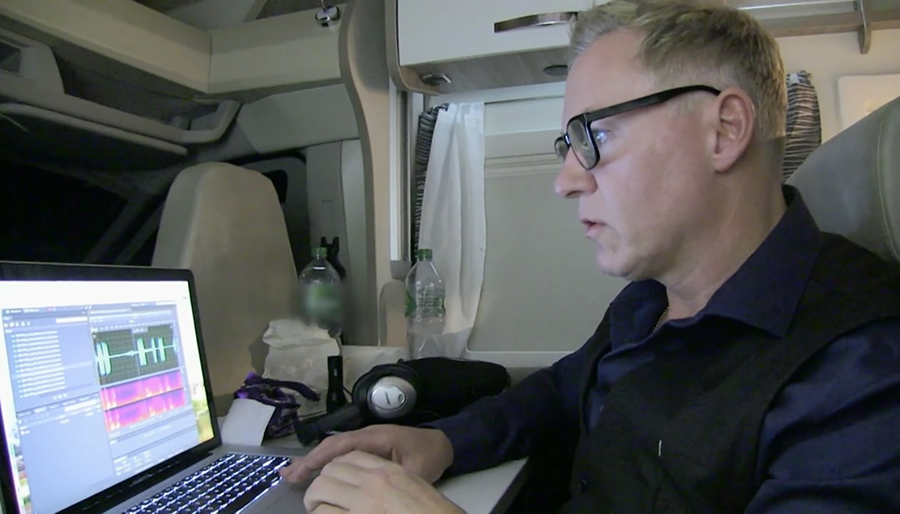 Meanwhile Chris had been busy analysing his audio in the team's nerve centre out in the van. He excitedly called the others out, "Barri. Jayne. I have something incredible!"
In the van, he played the guys a clip he'd recorded earlier when he asks out, "the two girl spirits here, what do you want to tell us?" A voice in the reply seems to be saying, "find us our father."
Later back in the house, Barri picked up another figure on his SLS camera. The stick-figure seemed to be telling the team to go upstairs. Chris reported feeling weak, and before long the oppressive atmosphere started to hit Barri too. Chris blamed this negative energy on a male sprit he'd been aware of, who he think's is Hannah's father.
The episode ends with the team preying for Hannah, the spirits of the two little girls, and the father, in the hopes that it will allow them to move on. Chris then performed a final cleansing ritual around the house before dawn broke.

The first episode in the new series was a strong start, but this week's episode was even better. It was great to see the helping the residents of a real home, as the show's title suggests they should be.
Once again each of the investigator shone through in their clearly defined individual roles, and they conducted what seemed to be a fair investigation of the property, each using their own different styles of investigation.
'Help! My House Is Haunted' continues next week on Really as part of the channel's #Freakend event, bringing viewers two nights of paranormal entertainment every Thursday and Friday.
You can watch in the United Kingdom and Ireland as part of the Discovery family of channels. You can watch Really on Freeview (17), Sky (142), Virgin Media (129) and Freesat (160), plus YouView, BT TV and TalkTalk TV. Or watch previous episodes on demand on dplay.
Add A Comment
Tags:
paranormalhelp my house is hauntedtelevisiontopical

Most Haunted At Towneley Hall - Part 2

What Happened To Nick & Katrina At The Black Monk House?

Most Haunted At Towneley Hall - Part 1

Are You Ready To Find Out This Year's Winners?