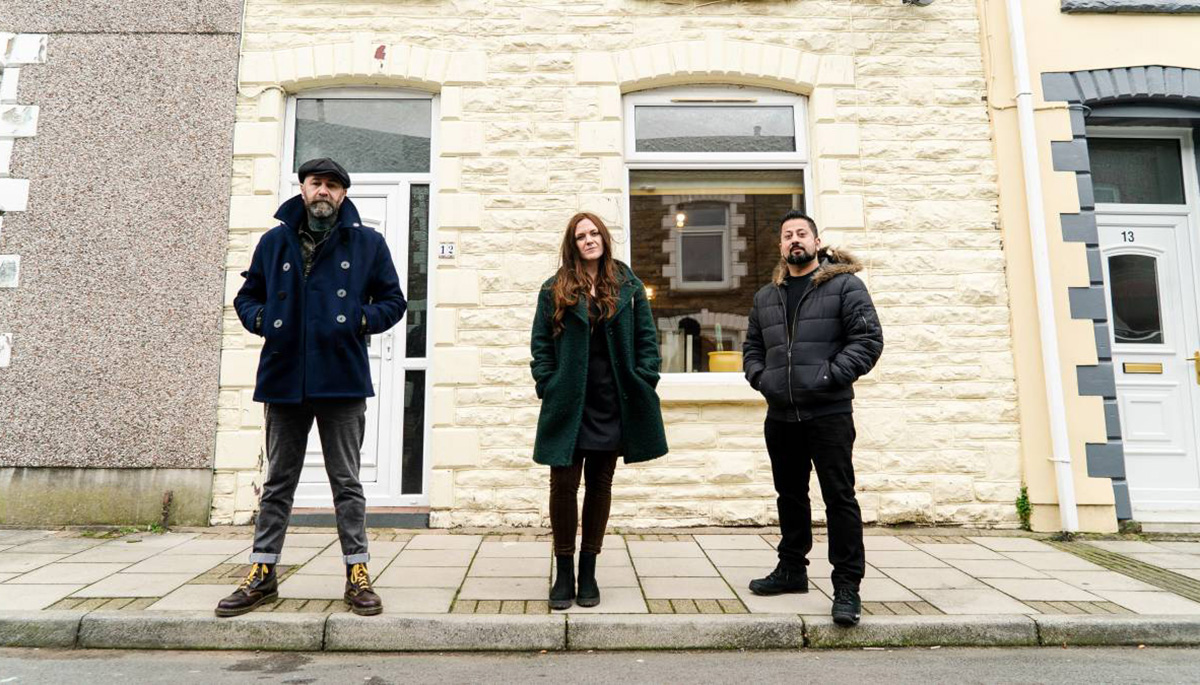 For their final outing in the latest series of 'Help! My House Is Haunted', Barri Ghai, Jayne Harris and Ian Lawman try to identify and settle a menacing spirit that's said to haunt a home in a former mining village in South Wales.
The ordinary looking terraced house in the village of Ynyshir near Pontypridd is home to Gill and Mike Downey. Gill, who says she bought the property for a bargain price, said "the first night that I moved in, I felt like there was someone walking up the stairs, across the landing, and stopped outside my bedroom door."
She says the activity became worse, in the form of unexplained noises, lights switching on and off, disembodied footsteps, and one of the couples daughters reported seeing a dark shadow figure at the top of the stairs.
Ian, the show's psychic medium, is not told anything about the property in advance, but before he even arrived he said, "I do feel that there's a male presence with me, he talks about a family which is significant." Ian is feeling calm at this point, but says "I feel that once I get into the property, I think this man will let himself be known quite quickly." Ian adds, "he seems to think it's his house still, so I'm not sure whether he knows he's passed or not, and he keeps going on about children for some reason." 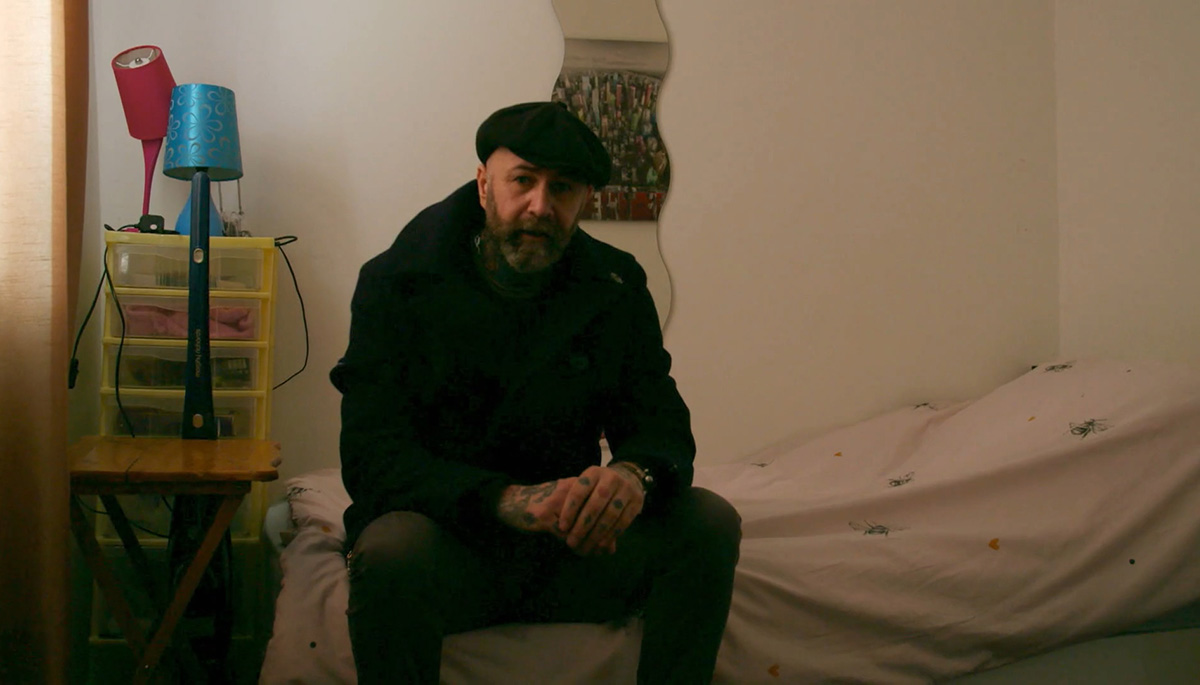 After arriving at the house alone, Ian started his psychic walk through. As he climbed the stairs he said, "there's definitely a male here, really strong. And the more I come upstairs, the more I feel him. He doesn't want me in his house, I tell you now."
In one of the bedrooms, Ian said, "this room for me is a room I don't want to be in, physically and psychologically this room would make people want to leave and push them out."
Back downstairs Ian said that he felt like he had trouble breathing, and picked up on something he mentioned during the car journey, the smell of burning coal, which Ian now says is linked to him being a coal miner. He then went on to sense "an explosion or collapse," which of course would also tie in with mining. 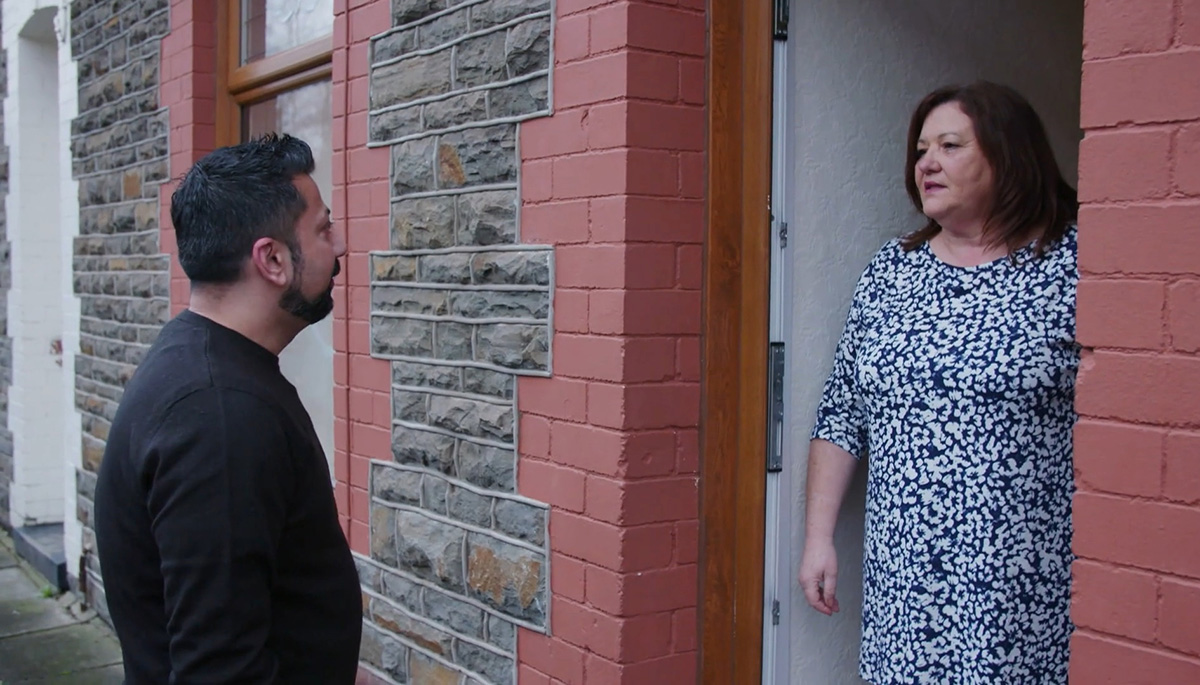 Barri was with Gill and Mike's youngest daughter, Zoe, who was seriously effected by paranormal activity in the house when she was younger to the extent that she no longer visits the house. She told Barri, "there was always things happening in the room, on the stairs, bits downstairs." She used to share a bedroom with her sister, but confessed "I didn't like sleeping in there, I felt like there was always something in the corner of the room."
Barri's next stop was to meet Carol, who sold the house to Gill and Mike 30 years ago. Carol told Barri, "something, I don't know what, would come from the front door to the stairs. Never made a sound, all I can describe it as is a dark shape, but it wasn't a walk, it wasn't a float, it was a glide."
Meanwhile, Jayne went in search of information about the house and the area's coal mining history at a local social club, where she met paranormal investigator, Tracey Turner. Tracey has come armed with a newspaper report from 1893, which refers to a haunting in the very house the team are investigating. Jayne asks how credible the article is, Tracey says, "oh, absolutely." She added, "I think most people in the area know of the house in Whitting Street."
Jayne then headed off to the Rhondda Heritage Park where she met local historian, Dr. Ben Curtis. He tells Jayne that the village sits in an area that was famously associated with coal. Ben says "it's entirely likely" that men living on Whitting Street would have worked in the collieries.
Ben then tells Jayne about an infamous mining accident that might be relevant. He said, "in 1905 there was an underground explosion at the national colliery in Wattstown and 119 men and boys were killed." 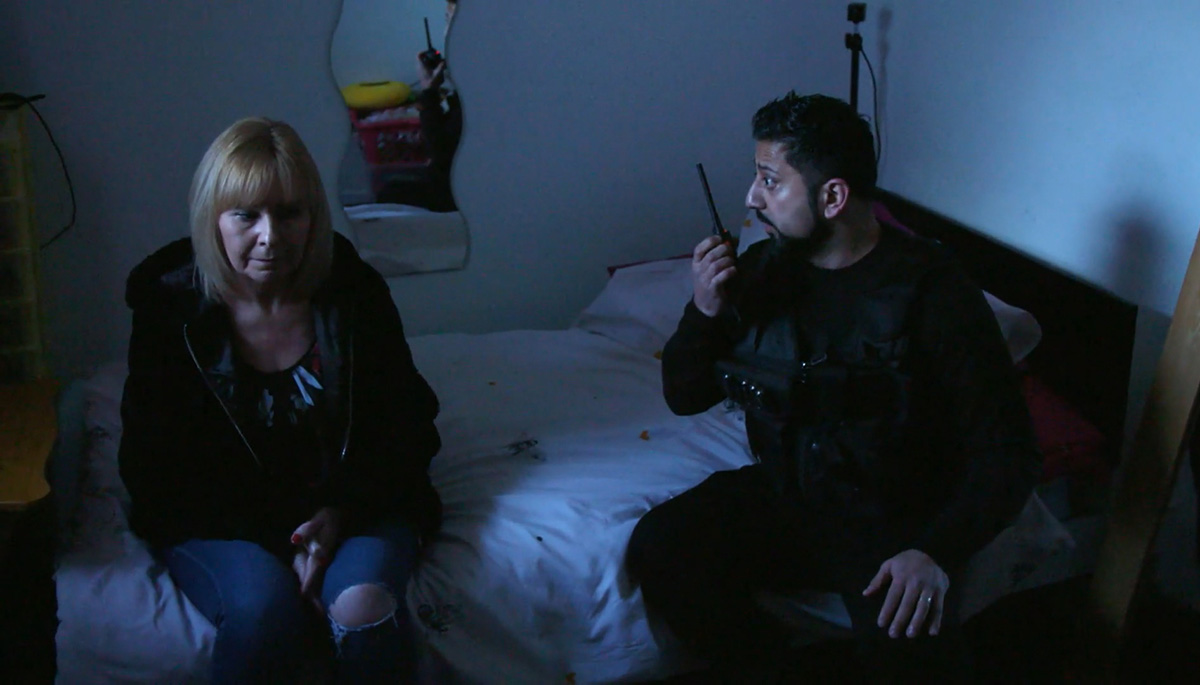 After coming together to share their findings, the team gather with the homeowners to try a spirit trigger experiment. They hope that Gill and Mike's familiar presence might encourage any spirits present to interact.
The team first took Mike up to the back bedroom, Zoe's old room, but there didn't seem to be any reaction, but as soon as they took Gill up she reported feeling uncomfortable. She said, "I don't like it in here, I feel like I can't breathe as well... you know, it's an effort to breathe. I almost feel like I'm choking in a way."
Despite this, the room remained quiet, so Ian decided to leave Gill alone. Ian returned to the mobile nerve centre, where he could monitor Gill via a remote camera. At one point he instructed Gill to tell the entity to leave her house. She confidently called out, "leave my family alone," but as soon as she finished speaking she jumped when she saw unexplained lights in front of her. The phenomenon wasn't caught on camera, but was enough to terrify Gill.
It all then got very dramatic when Gill said, "it feels like something is possibly be behind me now." Ian sent Barri in because he didn't like it being behind her. Barri ran up the stairs and into the room, with Jayne not far behind. Barri said, "right behind where Gill is sitting it's gone extremely cold, so the presence has seemingly moved." Jayne then came in and took Gill from the room for her own safety. 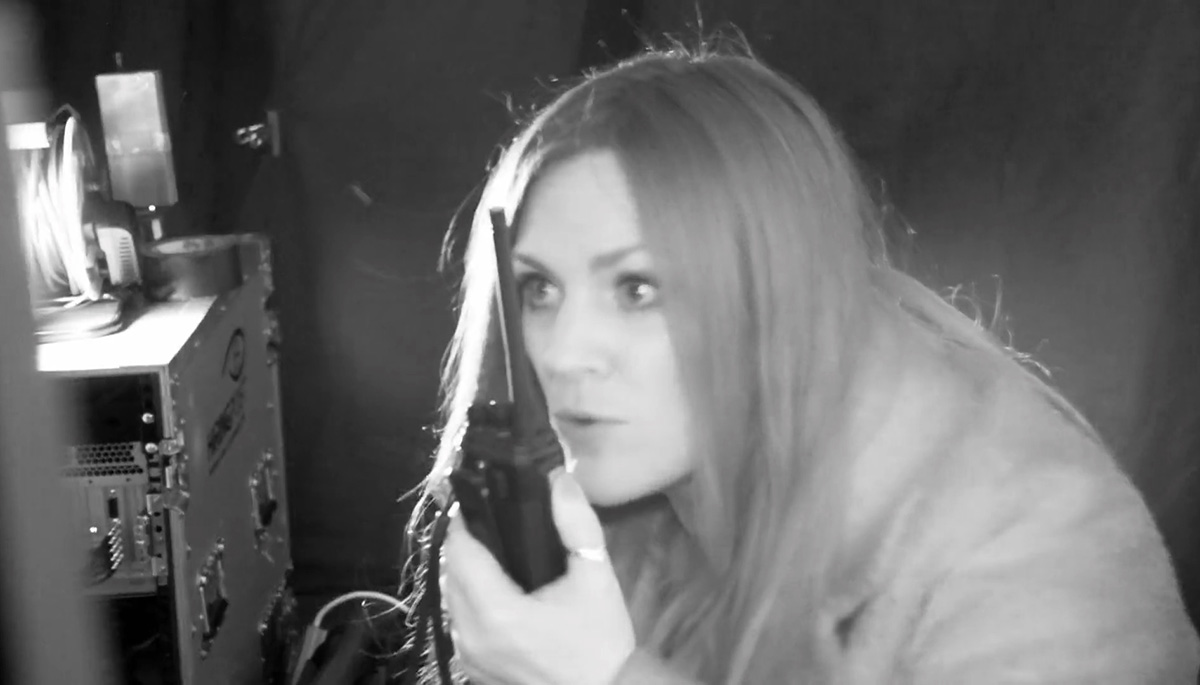 With the light fading outside, Gill and Mike locked up and leave for the night as the team prepare for their investigation. To kick off, Barri went up to the back room alone, while Ian and Jayne watched him via the remote camera in the room.
Barri was armed with a spirit box, a device that rapidly scans through the radio spectrum, as it does the sounds of white noise and fleeting snippets of radio broadcasts can be heard. It's believed that spirits are able to change or influence these bursts of audio in order to form sounds, words or even sentences.
Barri suddenly panicked and said, "I can't see any light under the door anymore, I'm sure there was light a minute ago." Ian and Jayne said they could still see the light, but they'd forgotten that they are viewing the scene via a night vision camera, so the light they could see was infrared light which would have been invisible to Barri, so it may be that another regular light source was switched off by someone or something on the other side of the door - this might have been a missed bit of evidence.
Barri started calling out quite aggressively and began acting strangely. Moments later Jayne and Ian thought they could see an additional shadow on the wall behind Barri. Soon after this, they decided to pull Barri out of the room, and it seemed like the right time as Barri was reporting feeling rage. Barri then started shouting angrily. Jayne said his cries coincided with three bangs, but these either weren't caught on camera or were drowned out by the dramatic background music. After Barri had calmed down and been joined by Jayne, the pair heard a series of impressively loud disembodied footsteps out on the landing.
Despite all the drama, to this point the team haven't been able to obtain an information on who or what is haunting the house. To try to get answers, the team re-grouped in the dining room where they planned to draw the entity out.

The house on Whitting Street is a fascinating untapped location, backed up with stories of hauntings that are verified in news reports going back as far as the 1890s.
The episode was much lighter on evidence than others in the series, but watching the team's experiences in the house made up for this, as much of it was much more tangible and relatable as a viewer than the usual voices through a ghost hunting gadget.
However, this did mean that unlike in other episodes, the team didn't really uncover as much about the spirit that haunts the building, other than the name Peter which came up in a séance.
The team were able to resolve the haunting for the family, even Zoe returned to the house. Ian told Gill and Mike, "what you've got to bear in mind is that if it was going to hurt anyone, it would have done" - which is a dramatic turn around given how concerned he was for Gill when she was alone in the bedroom earlier.
The dramatic investigation was a fitting finale for the series, which has seen the team experience everything from a house haunted by as many as 50 spirits, to a hotel haunted by the ghost of a little girl name Gertie - plus plenty a ghostly monks in between.
You can watch the whole third season of 'Help! My House Is Haunted' right now on Discovery+, as well as the show's whole back catalogue.