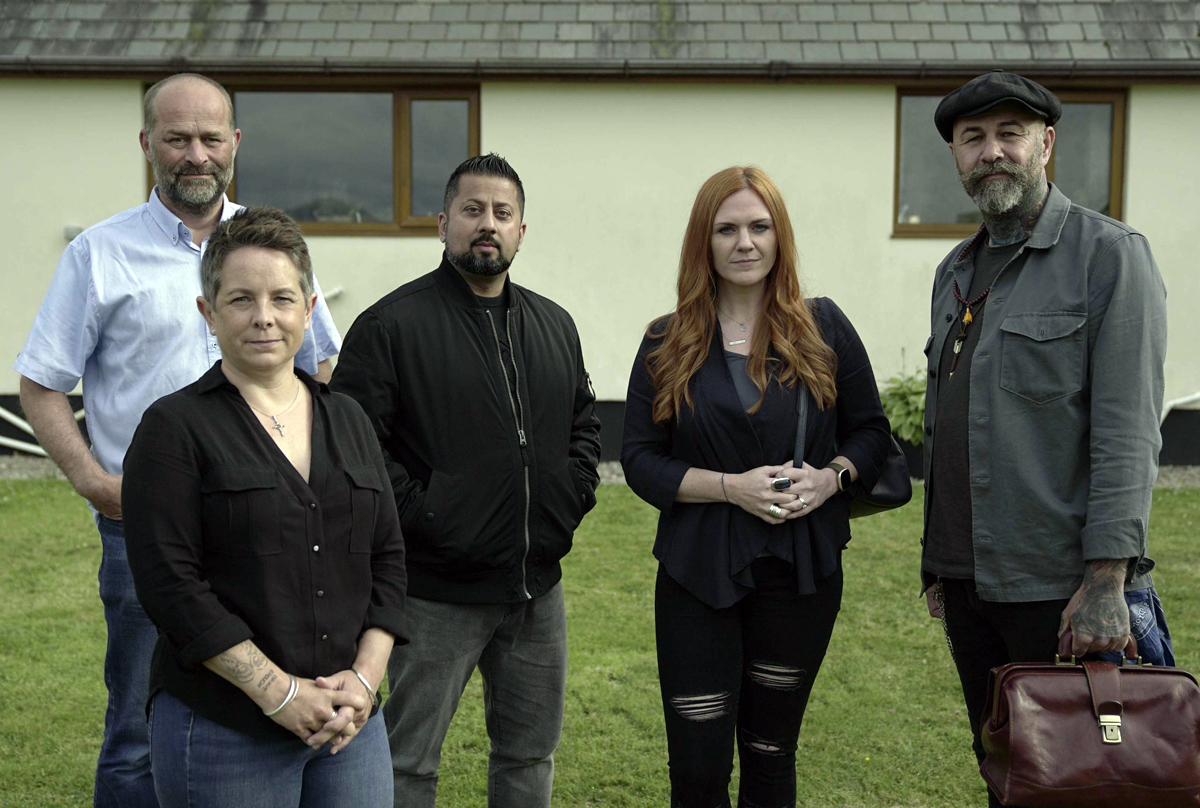 The 'Help! My House Is Haunted' Team Investigate A Haunted Cornish Farm

Anita and her family have an idyllic smallholding, but paranormal phenomena have left them terrified. At the end of her tether after her daughter was pinned down in bed by this terrifying entity, Anita has called in the 'Help! My House Is Haunted' team to get to the bottom of the case.
Barri Ghai, Jayne Harris and Ian Lawman headed down to Bude in Cornwall for this intriguing case, the penultimate one of the series. Their investigation features in the episode 'Farm Of Horrors', which dropped exclusively on Discovery+ today.
In the episode, Anita said, "it would be great if [the team] could come in, find out what is happening here. As a family that would help us know what we are dealing with."
The show's resident medium, Ian, goes into the case with no prior knowledge about the haunting. So while Barri and Jayne were off learning more about the history of the area and a mass grave from a Civil War battle, Ian was the first to enter the bungalow alone. During his initial walk around, which included the 12 acres of surrounding farmland, he became aware of hundreds of spirits. He described it as a "mass grave or mass cemetery."
As always, the team's investigation began by asking the homeowners to take part in their spirit triggers session. It was hoped that the couple's presence would encourage the spirits to communicate. They did feel that they made a connection with an oppressive energy that had traveled from a crossroads a mile and a half away, where Jayne had learnt that historically many hangings had taken place. 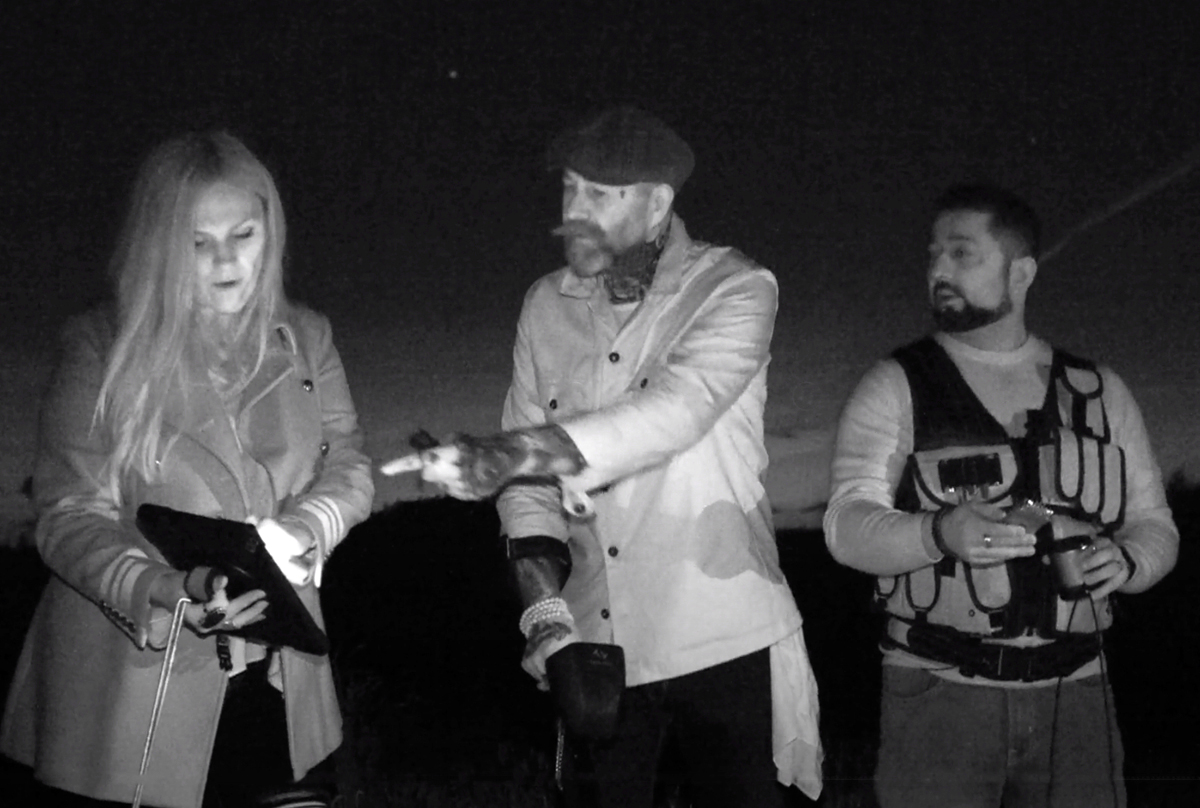 Photo: © Discovery+
Unusually, the team continued their investigation outside on the farm land on a mound that they feel might have links to the ancient battle burials. As they started digging a little with a trowel, a ghost hunting app they were using called ParaTek, very fittingly gave them the word "hole."
Seconds later in said "horses" and "fall." Barri asked, "would they have been using horses here?" To which Ian said, "yeah, of course." Barri speculates, "and they would have fallen, maybe they've been buried under this mound." Then the ParaTek app fittingly said "dead," and Barri concluded, "that's pretty conclusive evidence to me."
Back in the farmhouse later, Jayne felt as if she was touched by an unseen hand, the team picked up on phantom smells, heard laughter, and Ian saw mysterious shadow figures moving around the property.
Later in the night, the team reviewed the evidence from an audio recorder they'd placed in a farm vehicle outside. During the time they'd been away a sound was caught in the recording that the team believed was a voice saying "Michael," a name that had come through several times during their investigation.
The team ended their penultimate investigation of the series by cleansing the property with prayer and burning sage to move on any negative energy.
You can watch the full fourth season of 'Help! My House Is Haunted' so far right now on Discovery+, with a new episode dropping next Friday.