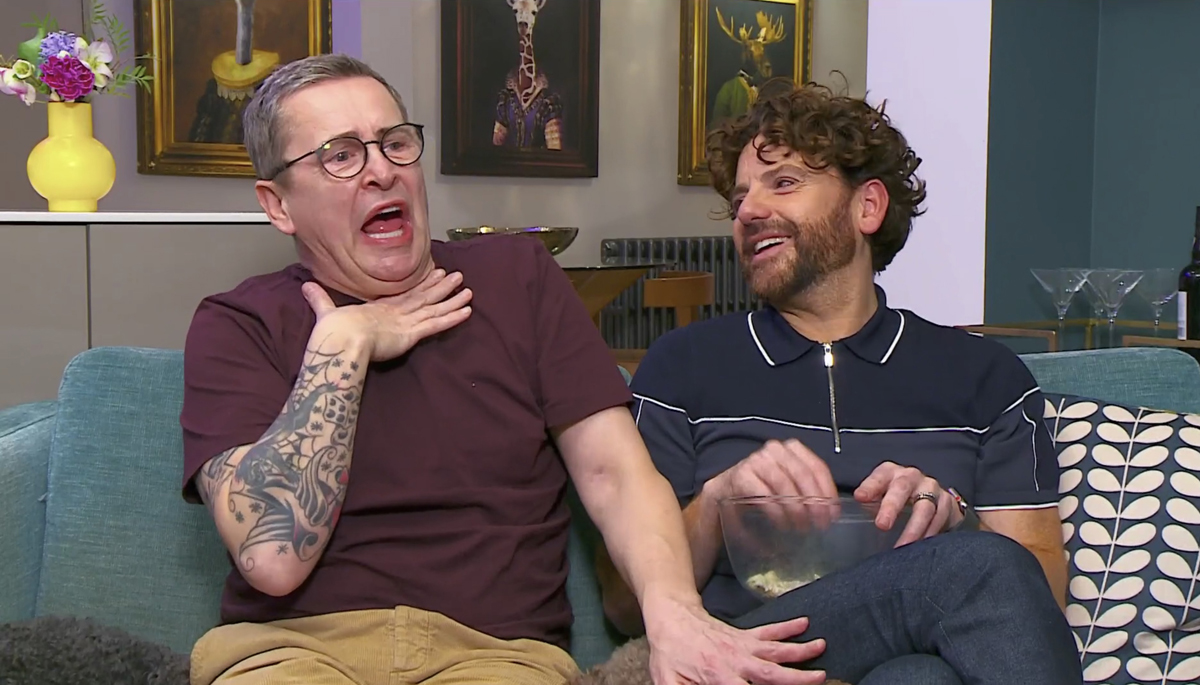 In the week Britain was battered by storms Eunice and Franklin, the cast of 'Gogglebox' watched lots of great telly, including a creepy ghost hunting show from Discovery+ which saw a team of paranormal experts search for spooks in pop star, Toyah Willcox's Georgian house.
Armchair pundits including Pete and his little sister Sophie from Blackpool, and Brighton couple Stephen and Daniel reacted to 'Celebrity Help! My House Is Haunted', a spin-off of the British paranormal series which sees Barri Ghai, Jayne Harris and Ian Lawman hunt down spooks in celebrity homes.
The critique of the ghost hunting show aired at 9pm on Channel 4 on Friday, February 25, as the families talked about last week's episode of the show that followed the team's scary investigation of actress and singer, Toyah's house, which she says is plagued by paranormal activity and harbours a hostile entity.
As the episode began, red-headed Abbie from Durham told her sofa-mate Georgia, "there is one thing that scares me mind and it is hauntingness." Then the show's dramatic opener kicked in, tell viewers "the number of us believing in ghosts, spirits and the supernatural is on the increase," causing North London-based 'Gogglebox' critic, Jane, to confess to her brother Simon, "it's scaring me already."
The opener continued, "even our favourite celebrities' homes are plagued by paranormal activity." But Pete seemed a little confused by this and asked Sophie, "so whose house is Toyah haunting?"
Upon getting our first glimpse of Toyah's home in Worcestershire, 'Gogglebox' new-comers, Glasgow-based Roisin and Joe, said, "do you know what, I think if you keep the decor of your house like that, you're asking for it to be haunted." 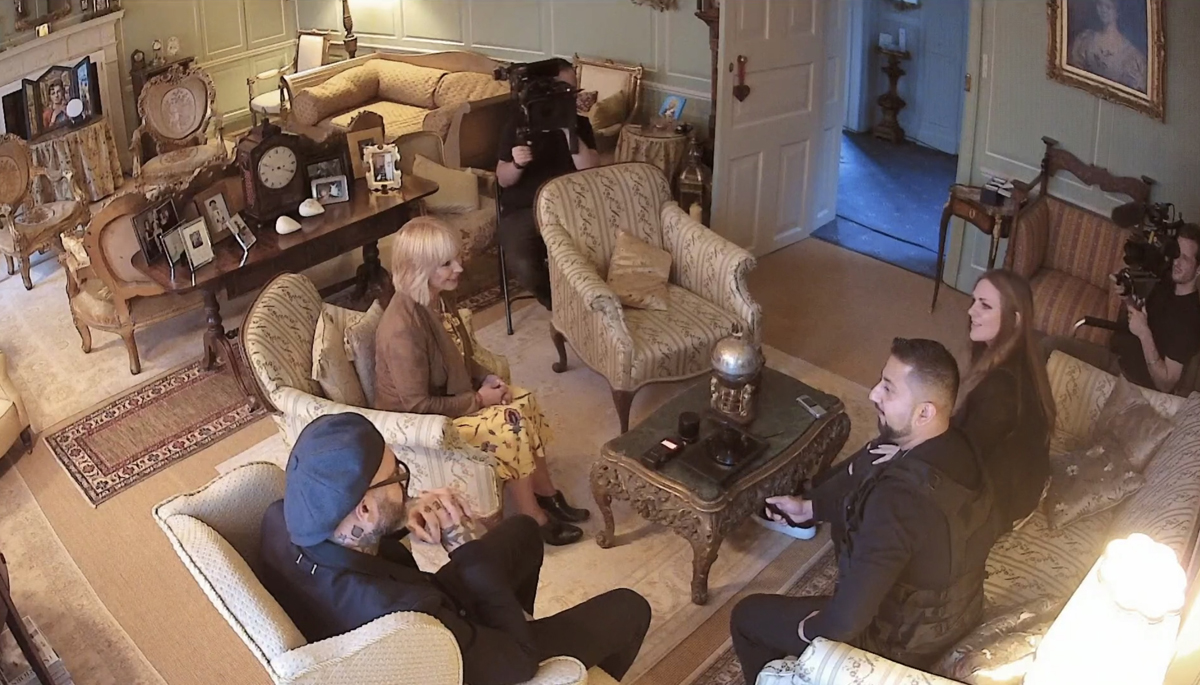 The 'Gogglebox' stars watched as the team begin their investigation. Barri explained that they are using an audio recorder in an attempt to capture EVPs. Pete quipped, "also known as a dictaphone." As they were getting stuck into the EVP session, the show's psychic medium calmly said, "there's a gentleman stood in the doorway."
Toyah said that at the moment Ian said this, she'd felt like someone or something was moving her head in the direction of the door. Ronnie from South East London said, "well he's got bloody long arms if he's standing in the doorway," his wife, Annie, agreed.
The 'Gogglebox' cast then got to see what happened when Ian conducted a regression session with Toyah in her cellar. Toyah suddenly said, "can I show you what he wanted me to do to you?" Before hissing at Ian like a cat.
The animalistic sound freaked out sisters Amani and Amira, who were watching in North London, as well as Bristol-based Tristan, but the Malone family, and Pete and Sophie couldn't contain their laughter at the reaction. There was also laughter moments later in the Baggs household, when Toyah revealed that the ghost shared a first name with one of the family, George. 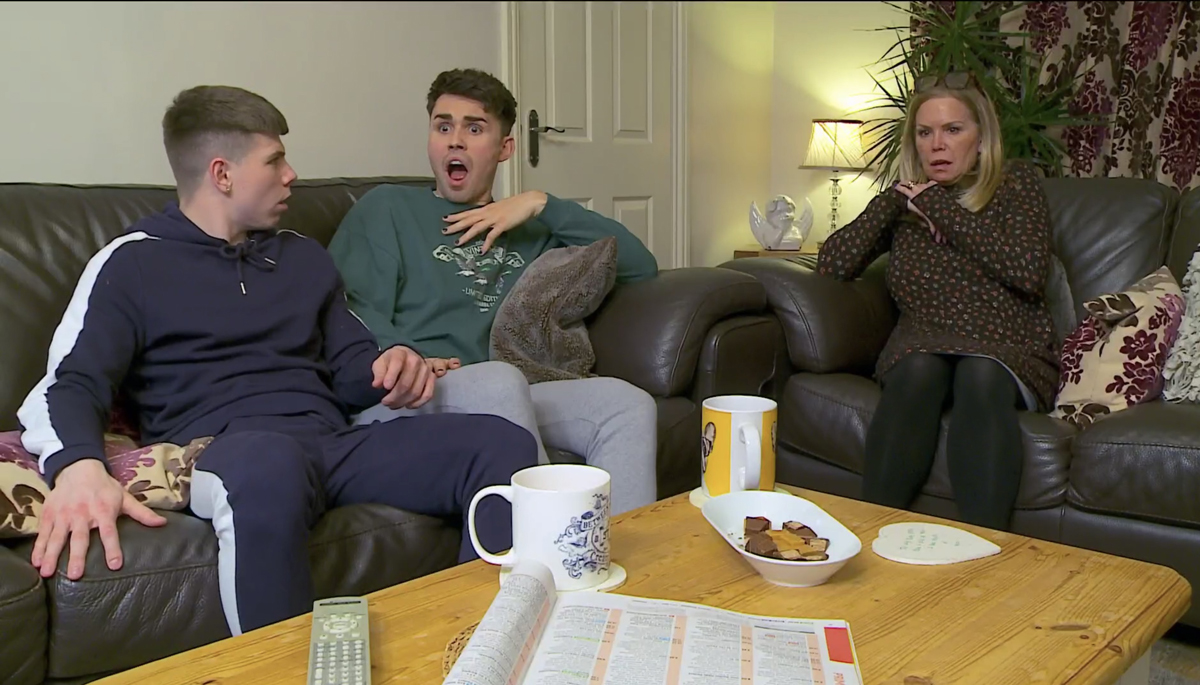 The dramatic episode ended with Barri, the show's technical expert, having an unsettling experience in Toyah's attic, but before the episode got stuck into the drama, Tristan's brother Twaine noticed the webbing that Barri wears on investigations and asked his brothers, "is Barri wearing a bullet-proof vest?" Pete thought similar, saying, "Barri looks like he's on Go Ape."
The black and white night vision footage then continued, with Barri saying, "I'm going to put the Necrophonic app on," which confused some of the 'Gogglebox' cast including Annie, who asked her husband, "why is everyone using all these fancy words, Ron? Why can't you just say 'I'm gonna put my iPad on'?"
Help!'s resident historian and ghost hunter, Jayne, then took over to try to encourage the ghosts of Toyah's house to interact. She said, "calling out to any spirits in this space," which resulted in a less-than-flattering impersonation by Brighton-based hairdresser Stephen, who gave a West Midlands accent his best efforts. 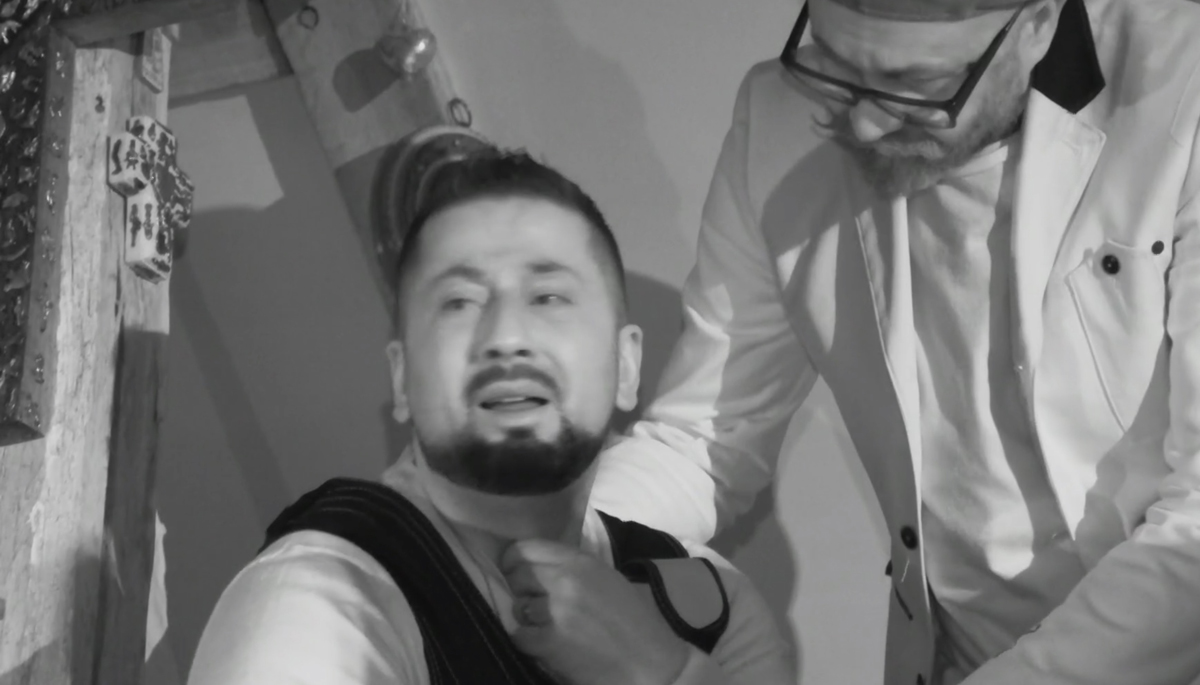 Without warning, Barri started choking and struggling for breath and all of a sudden, the 'Gogglebox' families look a bit more concerned. It quickly became apparent that Barri was choking, and he soon made a dash for the stairs, saying "something just grabbed my wind pipe" as he went, which got a little less sympathy from the giggling Goggleboxers.
The families also couldn't hold back their laughter as a clearly distressed Barri said, "I couldn't get a breath in, that's what scared me. I thought I was going to die."
But it was Pete and Sophie who got the last word on ghosts, as their living room door appeared to open on its own as they watched the ghost hunting show. 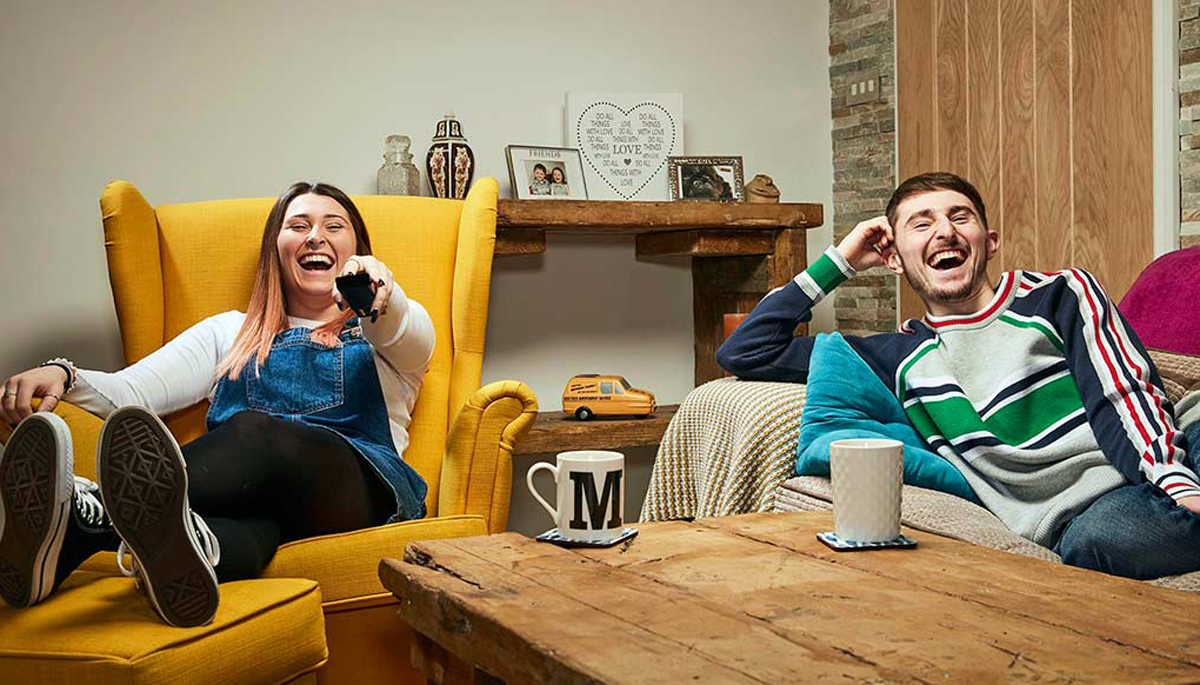 It's fair to say that most of the Channel 4 show's cast didn't take the show as seriously as fans of the paranormal might, but that's to be expected really. As followers of ghost hunting television shows we're in a little paranormal bubble, but the the majority of people don't believe in ghosts. If you ask the average person on the street about ghost hunting there's a good chance they will just laugh.
The inclusion of 'Celebrity Help! My House Is Haunted' in a very popular, primetime Channel 4 show is however great promotion for the series and the wider British paranormal scene. We're sure the segment will drive many new viewers to the show.
This isn't the first time the show has faced Channel 4's armchair critics. Last year the cast of 'Celebrity Gogglebox' watched an episode of series three of the show. Stars including Denise van Outen, Martine McCutcheon and chart-topping Ed Sheeran watched Ian help a couple troubled by a dark attachment in the historic town of Gorleston-on-Sea.
The 'Gogglebox' families have also previously watched Netflix's supernatural series, 'Surviving Death', which had Leeds-based Ellie screaming at her sister, Izzi, "I don't wanna see no ghosts," but it was the trance medium in the episode who got the big response in the form of laughter and mocking from the cast.
The famous families also watched 'Paranormal Lockdown' in an earlier episode. Pete told his little sister Sophie, "I don't mind ghosts and s**t, I don't find any of this stuff scary". But Sophie admitted, "I buy into this, me. I'd never do a Ouija board, but I do like this kind of stuff."
The complete series of 'Celebrity Help! My House Is Haunted' along with the show's complete three-series back catalogue, is available to watch now on Discovery+.